Binary Dash doesn't do anything revolutionary. It's a simple to understand, hard to master bite-sized platformer. We've seen a lot of them on the App Store. You know exactly what you're getting here.

But that's not too bad a thing. Because what you're getting is a slick and sharp two-touch platformer with some neat ideas and a whole bunch of levels.

It might not offer anything spectacularly new, but everything here is brilliantly well put together. So much so that you're likely to find yourself dipping in and out of it for weeks.

You'll dash through super short levels, grabbing coins. Grab all the coins and you'll get three stars, but you don't need to snag them all to finish a level. 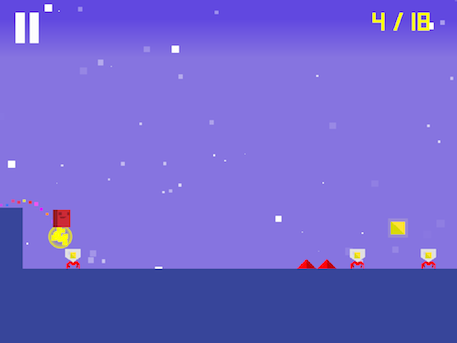 The challenges don't last very long, but that's part of their appeal. They're the same every try as well, so it's a case of learning when and where you need to tap.

You'll need fast fingers though. Things are reasonably easy to start with, but soon you're dodging monsters that turn around and chase you, spikes that kill you with a single hit, and walls that will knock you out if you hit them.

But there's a decent compulsion loop here, and you can jump back in so quickly that death feels like it's just part of the learning curve. It also makes finally nailing a level feel great. 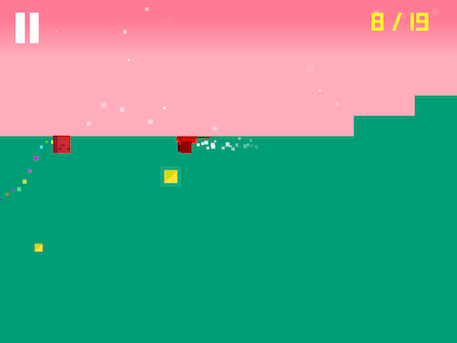 And that's before you even give the hard levels a try. These are real tests of your reflexes, but there's never any feeling that the game is treating you unfairly.

When you mess up it's because you've made a mistake, not because one of your taps didn't register. And that's exactly what you want from a game like this.

Binary Dash might not win any awards for its originality, but there's a purity to the gameplay here that makes it almost impossible to dislike.

If you're looking for your next super-tough platforming challenge, then look no further. Just get ready to end up properly entangled in Binary Dash's frantic levels.

It's not super original, but Binary Dash is still an incredible amount of fun
By Harry Slater
| Apr 27, 2017 |
iOS
Find out more about Binary Dash
SEE COMMENTS

[Update] Under Leaves is a colourful hidden object game, out now on iOS and Steam