But it's not all about looks

A few weeks ago we had a look at what Nintendo 3DS/Switch games are coming in the near future at April's Nintendo Direct. At the Japanese Direct we caught at glimpse at the upcoming Sonic Forces which released more promising footage as of yesterday. 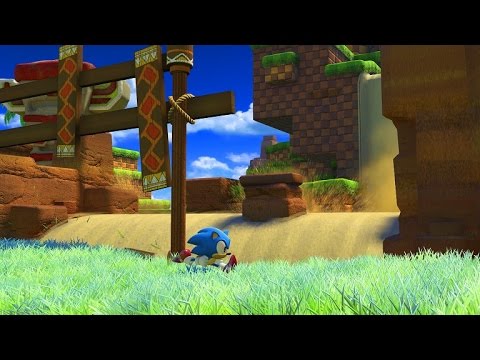 I won't beat around the bush, there's definitely been some bum notes in Sonic games over the past decade or so, but Forces actually looks alright (I won't jinx it, though).

Though there's clearly going to be some more modern gameplay involved, the latest teaser shows off the revamped Green Hill Zone, and my nostalgia bells are ringing.

However, while its Sonic Generations/Sonic the Hedgehog-like gameplay may look promising, we'll have to sit back and see what else SEGA has in store for the game. As we've all learnt in one way or another, nostalgia only gets you so far.

Make your way to Valhalla in the viking adventure game Die With Glory, out now on iOS