App Army Assemble: Get Me Outta Here - Will you cry that out yourself, or is this a keeper?

Get Me Outta Here is a love letter to all things retro. You play as a farmer who gets abducted by aliens, and steals one of their weapons to blast his way out of their ship.

It's a 2D pixelated shooter, and the objective is to get as high a score as possible. To achieve that, you'll have to perform crazy combos, use power ups, and collect increasingly powerful weaponry.

It's hectic, crazy stuff. You'll even face off against your own cow in one of the boss battles. Madness.

To learn if it was worth your time, we let the App Army loose on it. Here are their thoughts in full. 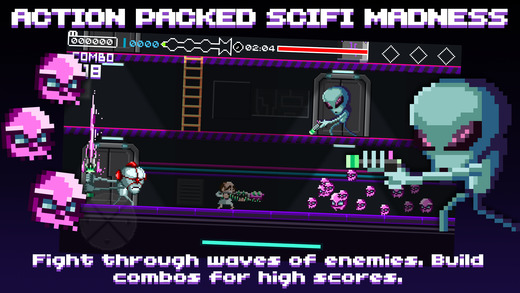 The gameplay is good and it's funny, but a bit repetitive. The lack of exploration is frustrating. I'd have preferred it to be a metroidvania.

The basics are pretty good, and there's a lot going on. I was hoping for bigger areas to explore. The D-pad is okay, though going up and down ladders can be tough.

Not a bad game overall and worth more playtime.

The game seems like a labor of love from the developer. It really gives you that old school arcade shoot em up fun. It's very entertaining and you get easily caught up trying to get more combos. 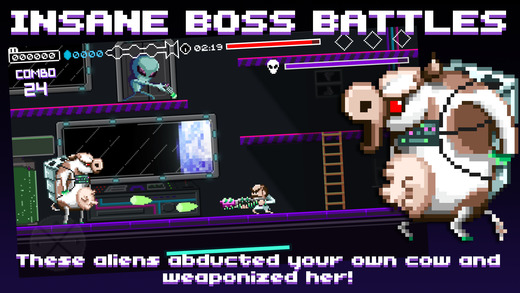 While I wish there was more than one area to explore, it does a good job with the limited space provided. Different weapons and different bosses keep things fresh

The pixel art and animation is as good as it gets, but it feels a little done by now.

There's a nice touch with the difficulty adjusting to make it approachable and fun for as many people as possible - big thumbs up for that. It's free, so I'd say it's worth a shot for sure.

Remember to play for a few rounds to get the hang of the controls and your style of playing. 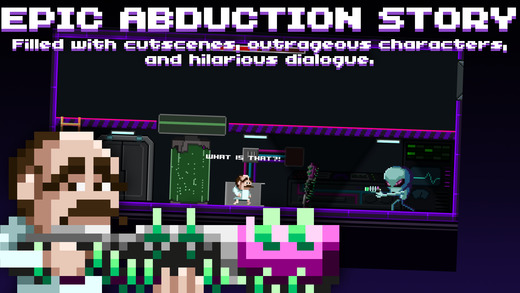 I'm not liking the music and the voice acting sounds like it's done by one guy. I do like that though.

The graphics are retro. It's funny in a good way but I don't like the controls or gameplay. It's not really grabbing me and the only thing that kept me going is the humour.

It's a shame but it's not one that will stay on my iPhone.

This is mediocre at best. I'm not a fan of this trend of old style pixel art games. The controls are hard to deal with. 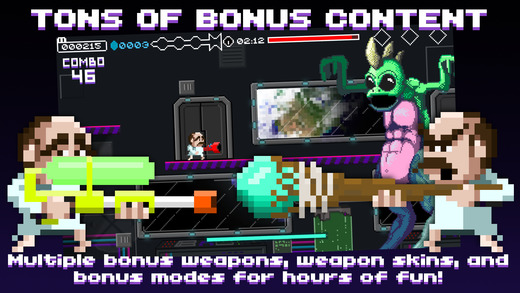 As Kainen said, it's funny (in spots). I would have to say this is one to not be too excited about.

This is an old school retro game with brilliant sound. It's a good game with bad controls, and as a result it's too hard. Needs some work.

Manage your own team of MMA fighters in Fight Team Rivals, out now on iOS

SNES Mini - 30 classic games we'd love to see on it