For the longest time, the unbeatable weapon of choice for an arcade rail shooter experience was the “light gun” - a perfect marriage of cathode ray tubes and circuit boards allowing us to blow our enemies away with sadistic bliss on oversized monitors.

Of course, all things come to an end, and VR looks like the next logical step to take our vicarious thirst for action to another level. Step in Mortal Blitz – a PlayStation VR shooter developed by Skonec Entertainment.

Mortal Blitz places you in the role of a resistance fighter in a world where human kind has been subjugated by a brutal regime of mechanised Androids. It will come down to you and your companions to restore the peace and harmony that once existed – with a little explosive persuasion, naturally.

Rapid gameplay and unique terrain interaction take center stage as you and your comrades take down viscous enemies like the Ghost (a fire breathing monstrosity that attacks from a distance) and the Torment (a bat like creature that will reign terror from above). 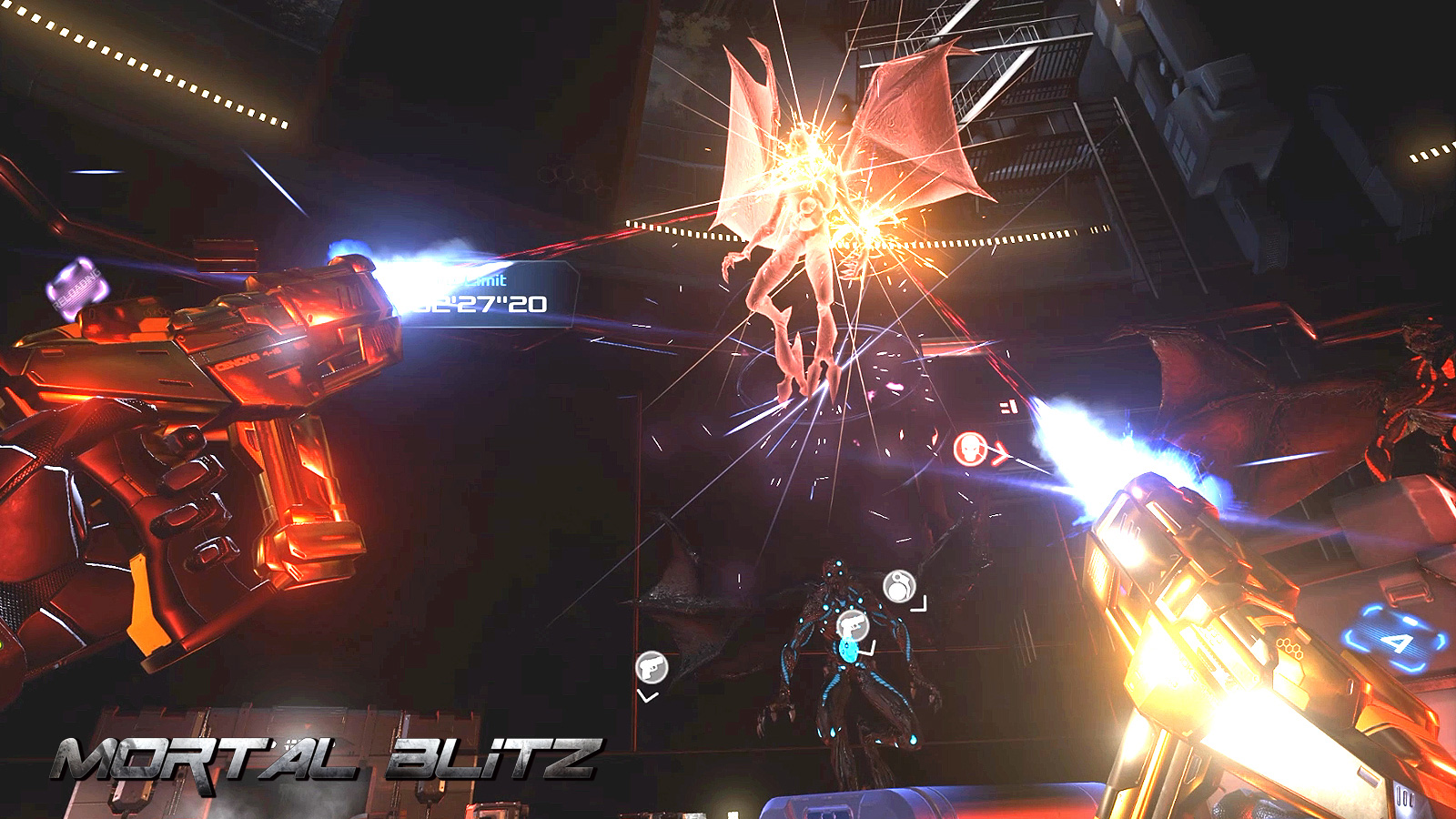 We spoke with the developers at Skonec for an even more in depth look at Mortal Blitz.

We tried to meld the spectacular battles of arcade rail shooters with multi-interactive VR factors for an optimal outcome. We have implemented many features that exemplify this, such as: 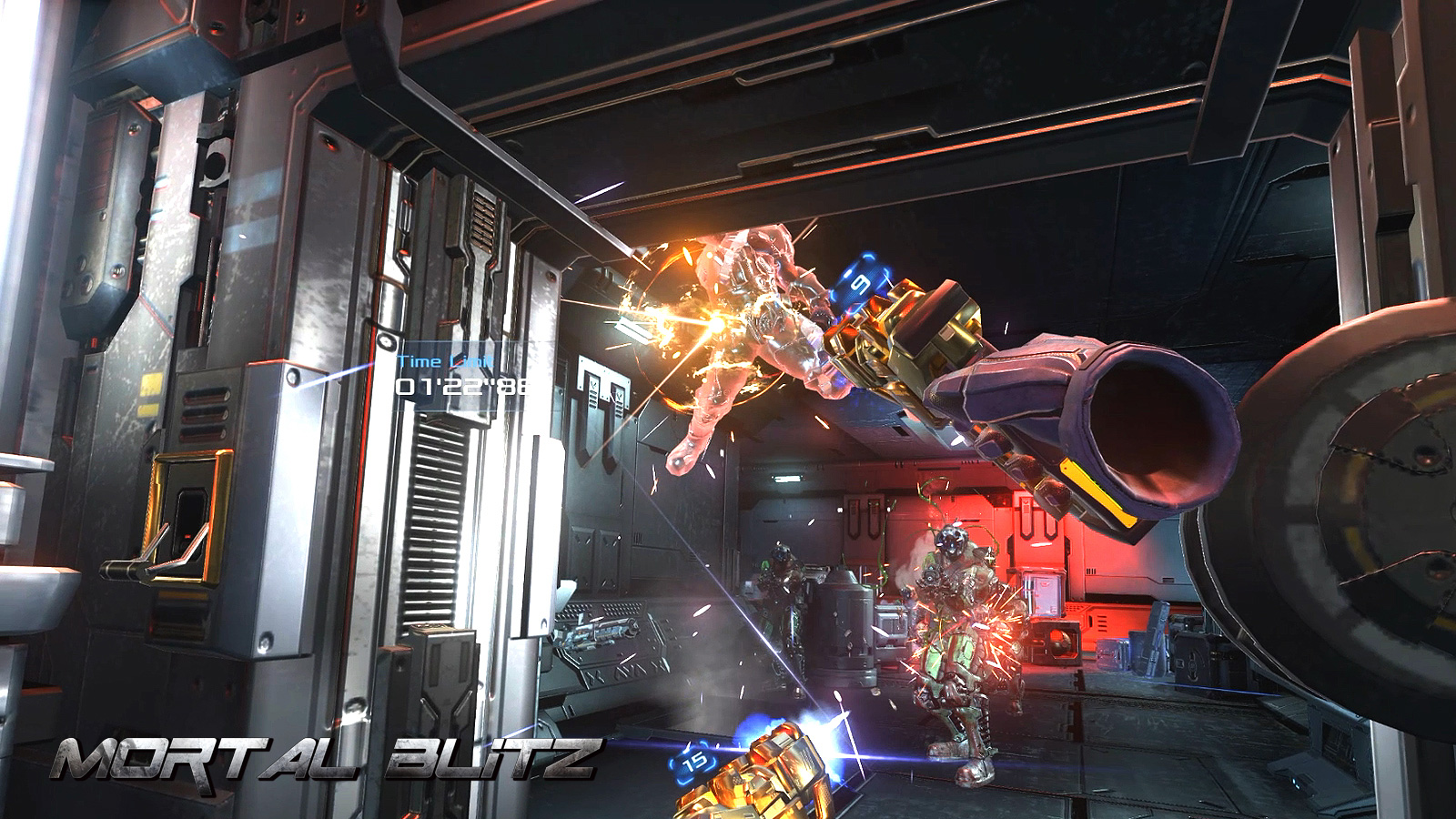 The biggest obstacle for creating a VR game was to provide a game environment without VR sickness/vertigo. The main reason VR sickness occurs in most VR environments is because there is a discrepancy in the HMD screen view and the player's movements. To solve this, we needed to implement realistic human behaviours and habits into the game as much as the hardware would allow us to. For example, when bullets and grenades are flying through the air, most people will try to take cover or throw the grenades back at the enemies. So we tried to implement as many such behaviours as the hardware performance could manage. The positional tracking technology was great in tracking the player's hand position, which also increased synchronicity in VR environments and reduced VR sickness. 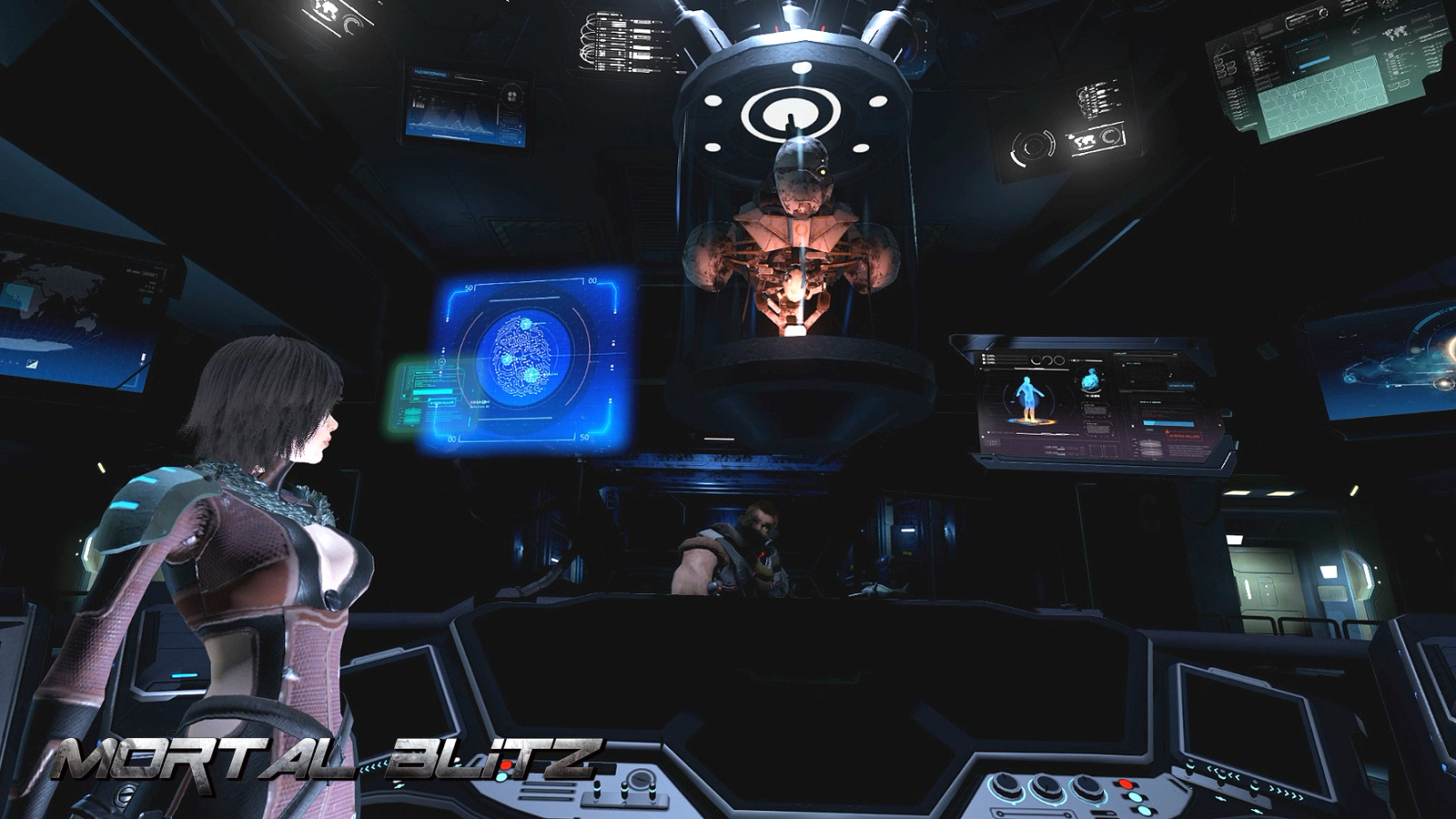 Think about it: what if you were given the power to decimate your foes with double guns, just like in movies such as The Matrix or Equilibrium? And if that happens in a super-immersive VR environment, that would be epic and cathartic at the same time. 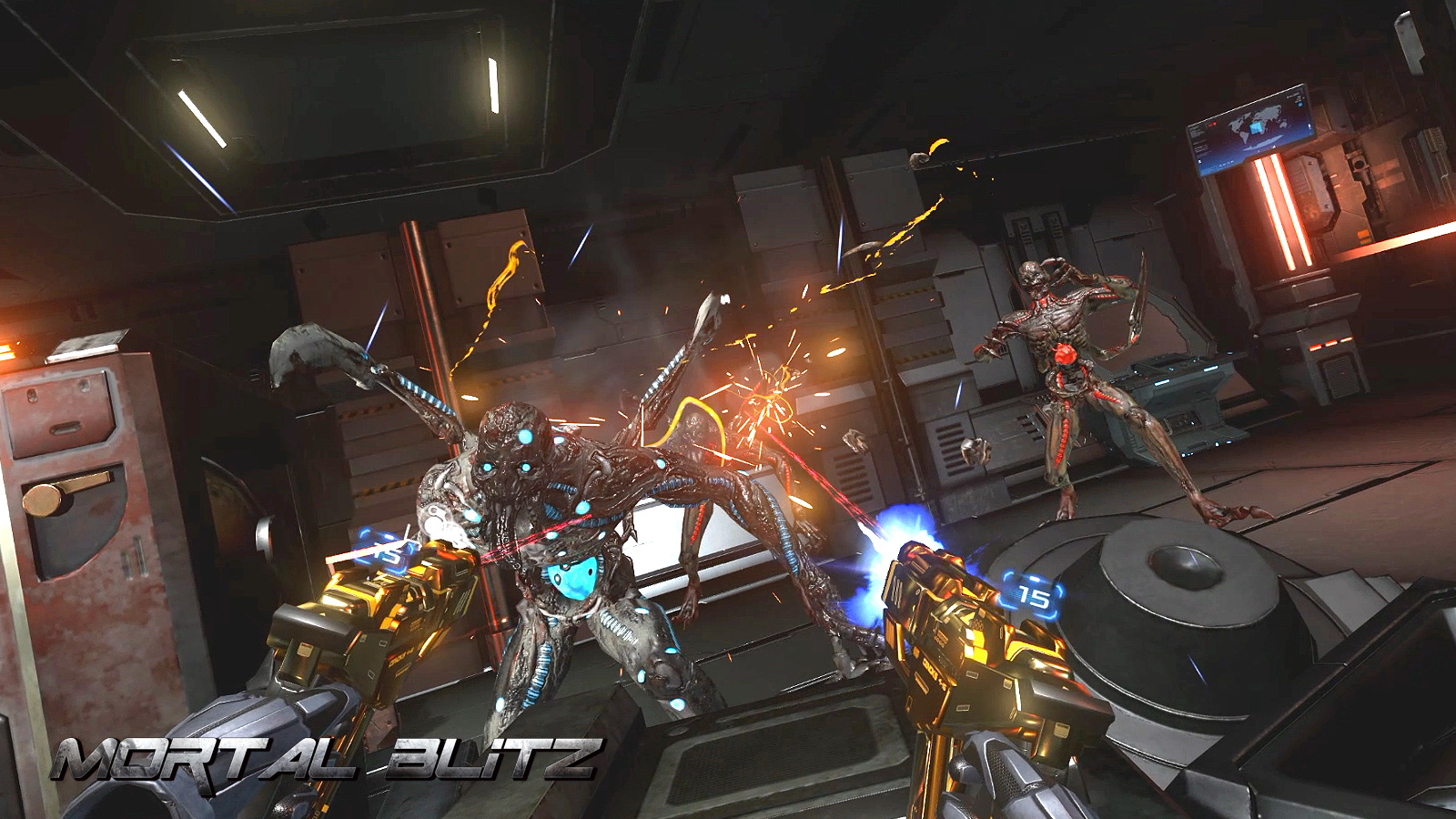 Some people have commented that Mortal Blitz is 'Bandai Namco's Time Crisis in VR', and we were incredibly proud and honoured by such comparisons. In fact, Skonec Entertainment has actually co-developed many rail shooter games, such as Sega's Operation G.H.O.S.T and more. We've also released Teratoma: The Last Rebellion, an early version/concept of Mortal Blitz, in China through a famous arcade game publisher, Wahlap. We do have a lot of experience in these types of shooters, and are glad that our goals and efforts are being recognized. 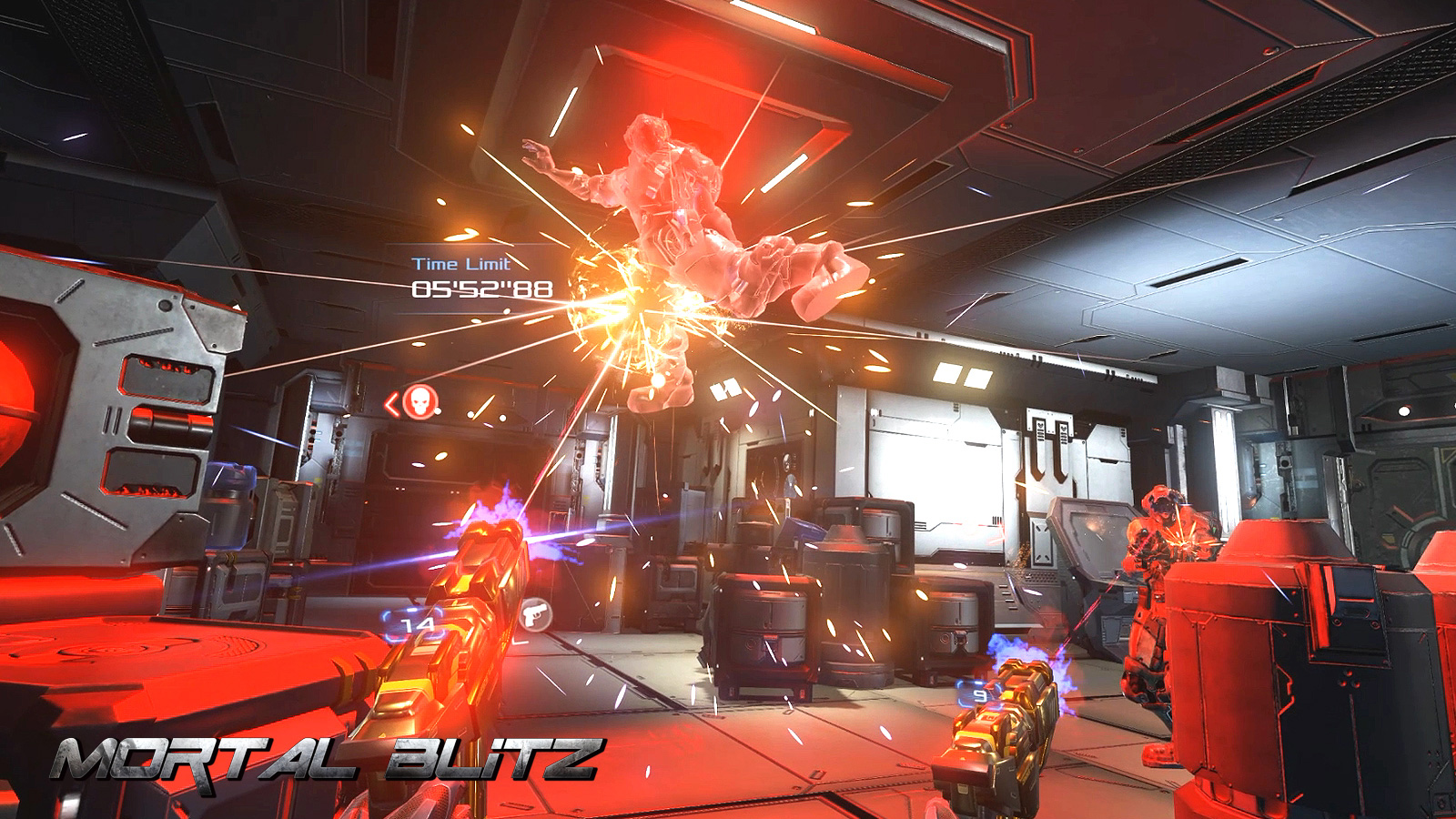 Many players are sending us feedback via communities and are also very interested in future updates. To improve the game, we are planning to add extra missions and game modes. We hope you will follow our next updates with great excitement and fun!

Solve the mysteries of a bloodied castle in A Rose in the Twilight, out now on Steam and Vita