Tiny Bombers mixes Crossy Road with Bomberman, out now for iPhone and iPad

Blast your way through

If you're after an 'easy to pick up' game for the weekend, the cutesy, blocky, Bomberman-like Tiny Bombers has finally touched down on iOS. 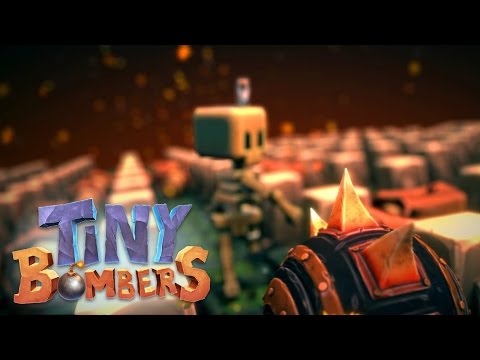 Subscribe to Pocket Gamer on
Tiny Bombers is basically Bomberman, let's not beat around the bush, but in an endless form. So, rather than playing through levels, you're playing until you die - or, until you decide to put your phone down and get off the bus.

As endless games go, the further you'll get into it, the more obstacles and challenges you'll face. Though, on the same string as Crossy Road, don't dawdle as the level's collapsing behind you.

With intense, strategic gameplay to focus on, almost 20 characters to unlock and collect, and bonuses for your bomb to spice things up a little, it's a familiar but fun experience.

Grab the game free-to-play on the App Store now.