Wobblers is tough. It's a high score chaser in which you have to keep a weird creature balanced on a paddle that's always boosting upwards. Meanwhile, dangerous objects are raining down, threatening to knock the creature off and into oblivion.

There are items to collect along the way, and you can catch even more creatures that parachute down. But all of that is easier said than done.

At review, we gave Wobblers a Bronze Award and said: "Wobblers mixes a couple of ideas together pretty well, and while there are problems, it's still worth a crack".

If a second opinion is what your after, we also let the App Army loose on it and this is what they had to say. 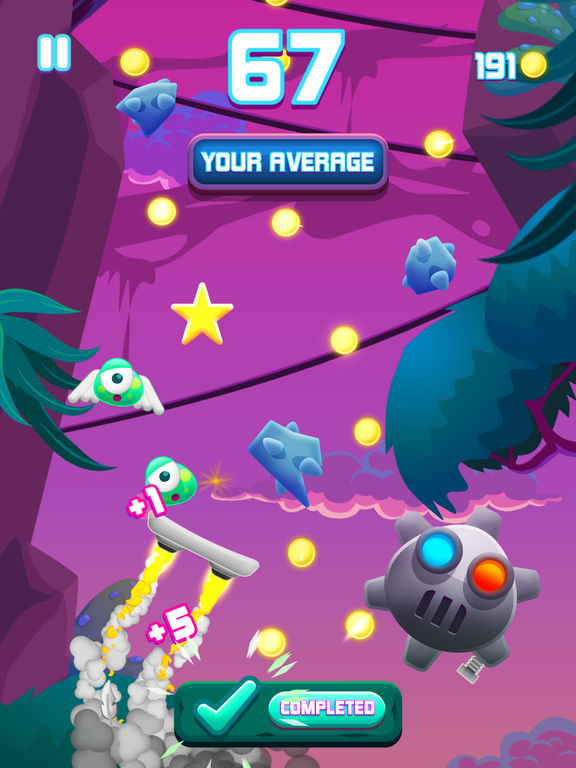 I'm not a fan of this - I find it way too frustrating to play. The screen is too small, the controls are a struggle, and the visuals are a bit dated.

I've got to agree with Kainen - they're my thoughts exactly. I'm not sure what the point in this is.

The graphics are great though - I love the colours.

This game is fun. It's a bit too hard for my kids, but it's fun to watch them play - they just don't give. The controls are hard at first but you get used to them pretty quickly. It's a good game overall. 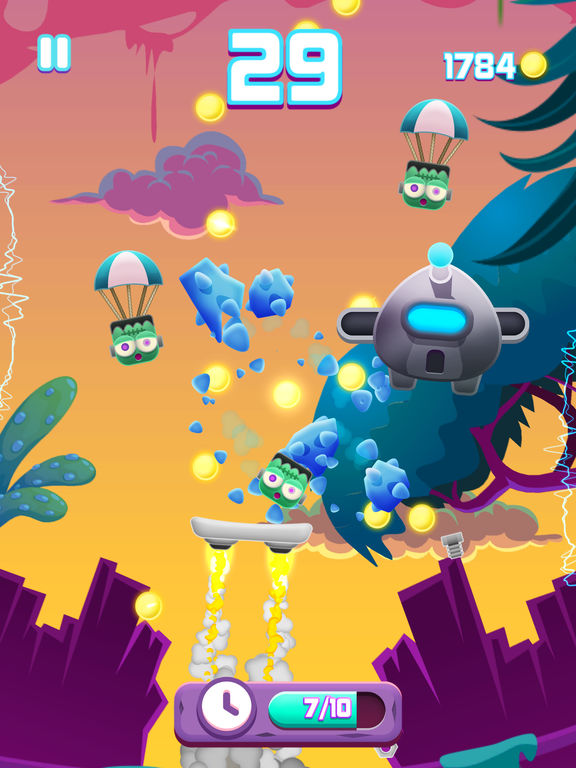 This has some pretty good graphics and interesting gameplay. It's basically a vertical endless runner with a few extra gimmicks. It's a bit difficult and takes some getting used to. I doubt I'll keep it around for long, as I'm not a fan of the genre but those who are may get a kick out of it.

I found the mechanics awkward to master but once I got past the tutorial I was away. There are a multitude of objects raining down on you as you try to keep your character precariously balanced on a board.

As you go through the levels there are hundreds of challenges to keep you entertained and characters can be upgraded by using coins you collect along the way. There isn't anything new here but it's not a bad game for the bus ride home. 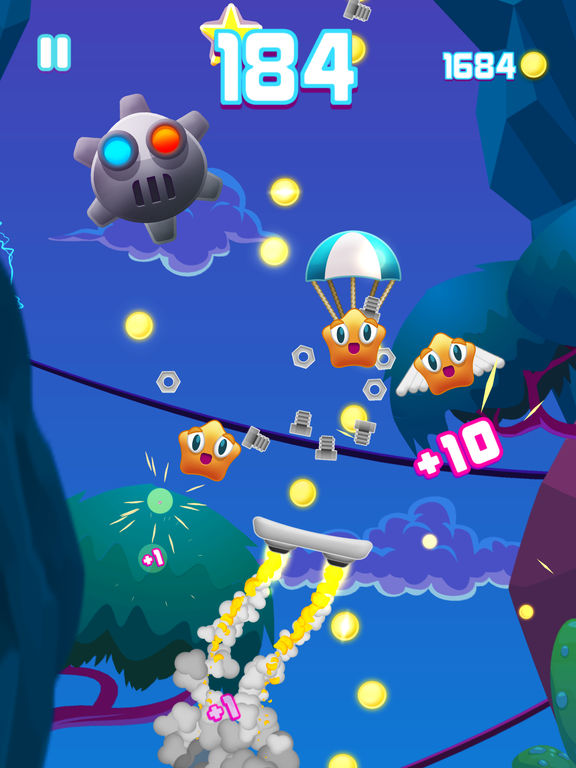 Wobblers is a fast-paced arcade game with Umbrella's usual charm