Sharpen your silky skills with our beginners guide to Tiny Striker: World Football

Learn to play Tiny Striker like a footballing giant

Fat Fish Games has looked to make Tiny Striker: World Football a substantial follow-up from the original, adding deeper gameplay, more control over customization, and meatier modes. One of the most eye-catching new features is the newly added 3D perspective, which is sure to have fans of the series grinning with glee. Basically, everything’s bigger (yet tiny) in Tiny Striker: World Football.

With our handy guide to the game’s mechanics and progression system, you’ll be lobbing keepers and tricking defences in no time. 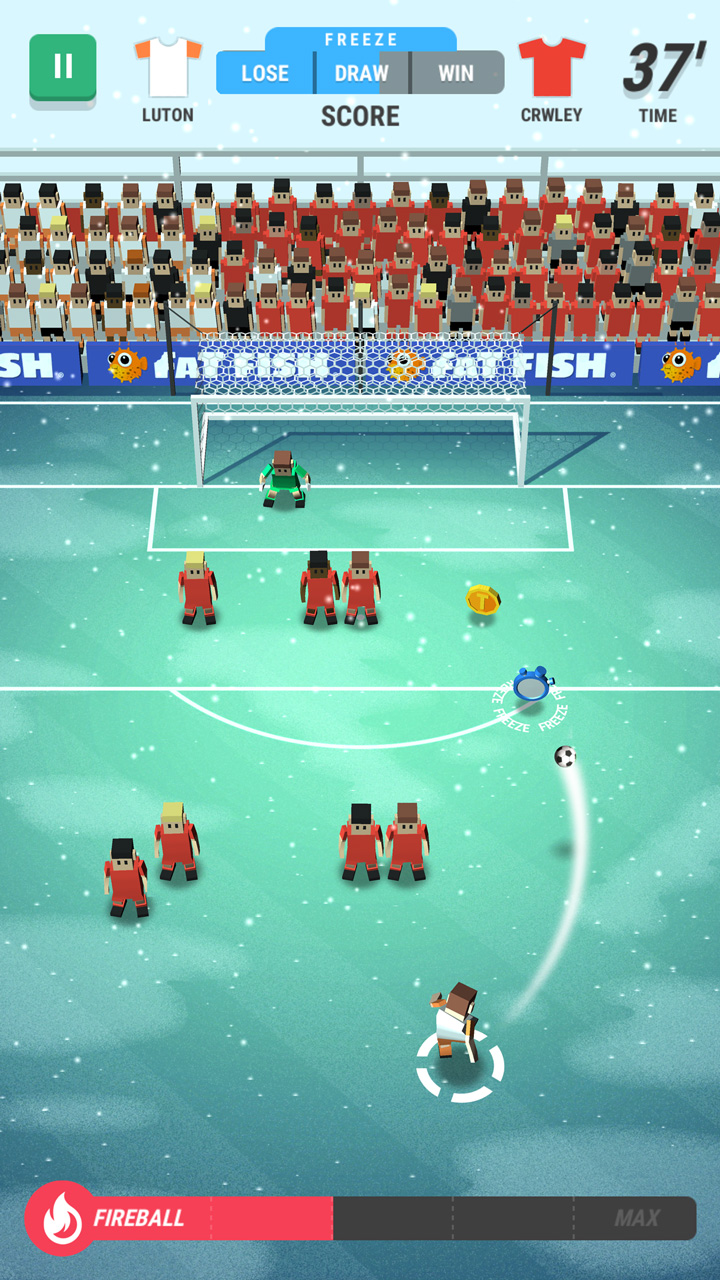 Back of the net

Rules of the game are as follows: you must finish in the WIN zone to come away victorious. Make sure to score goals to fill up your Score Bar meter, as wins will bag you 3 points, with draws earning you 1 point.

Some tips for shooting in the game are to make use of the outsides of the pitch to further curl the ball’s direction. Make sure to lob balls over defender walls by flicking down the screen in the opposite direction to where you want the ball to land. And don’t forget to observe the goalkeeper’s stance, be aware of the dotted lines of teammates, and try to time passes with accuracy.

If you need to sharpen up on your footy skills, don’t forget to make use of the Training mode. It rewards your striker with enhancements like better curling and power abilities.

Off the pitch there’s plenty to be done too. Before you and your striker can think about football glory, you first need to assign him to a team. You’ll start off by choosing from a few English League 2 teams, and with success, eventually be able to transfer him into the upper echelons of the Spanish, Italian, German, French and Dutch Leagues.

The English league is where you will initially prove your worth, with promotion and relegation spots at stake. The more you’re striker moves up through the ranks, the better your chances are of unlocking other European leagues to take part in.
You’re not alone in your quest for footy supremacy either. You’ll have an agent who will guide you along the way, informing you of any urgent matters at the end of matches. You can find his recent comments in the Messages tab found at the bottom of the screen. There’s even an option in the Settings popup which allows you to turn on alerts from the agent while outside of the game. 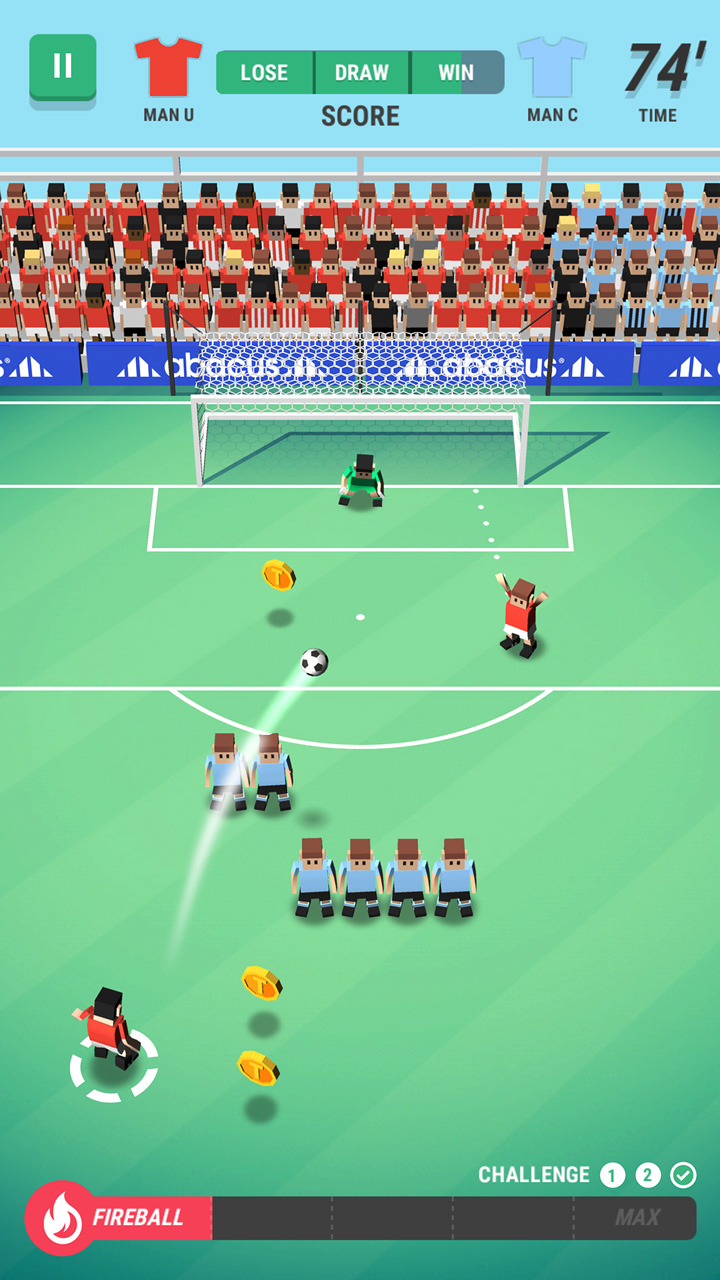 Shoot your striker to the top

Of course it’s up to your striker to do the talking on the pitch. Accessing the Striker tab will grant you access to a bunch of game changing features. Aesthetically, you can change his name, choose his club, and access a ton of in-game statistics. You can even compare your tiny striker to those of your friends through the Game Center icon.

From there, you should be looking to increase the Striker Level, with XP being the key to success. XP can be garnered by scoring goals, hitting opponents with fireballs, and passing to teammates. With each new level reached, the player can unlock everything ranging from sponsors, boots to match cards and leagues.

Speaking of sponsors, they’re a valuable resource that can boost your striker’s performance. Each sponsor has their own set of challenges which must be completed, with the conditions for said challenges located at the side of the goalposts in-match.

Another nifty feature that comes with Striker Level progression is the inclusion of Striker Cards and Match Cards. As you progress through the levels, these boost your striker’s abilities and your match conditions can literally be a game changer. The higher the card’s level is, the more valuable the card will be. Equip them before matches to ensure that you make use of them for when the ball gets rolling.

One for the highlight reel

And if all that wasn’t enough, there’s also a unique highlights mode called Striker TV. Here you will be able to watch, save and edit replays at the end of the match. Simply tap the Striker TV icon at full-time to initiate the feature.

The best part about it? You can share the videos to your friends, as well as globally. Found in the main menu, the mode will display yours and others’ best striker highlight packages, along with its views to date. Through social media and the game’s share button, you can share (in other words brag) to friends about your greatest achievements.

You can score yourself a copy of the game for free over at the App Store.

App Army Assemble: Dungeon Rushers - How has it handled the port from Steam to mobile?

Take to the pitch in Tiny Striker: World Football, coming soon to Android

Shoot balls and join the big league in Tiny Striker: World Football, out now for iPhone and iPad

A Previous Big Indie Pitch winner, Tiny Striker: World Football, is headed to mobile in a couple of weeks