Buckle up, folks. It’s been a busy week over at 148Apps, and we’re going to tell you all about it. What is a 148Apps you might be asking?

We’re one of PocketGamer’s sister sites, housing a nigh limitless supply of trusted reviews, guides, and news on mobile gaming and the app market as a whole. You should stop by sometime.

For now, though, let’s get into the nitty gritty and see what went down at 148Apps last week.

While there was a spate of brand new games to review, Pokémon GO and Fire Emblem Heroes still managed to maintain their place in the spotlight with a bunch of updates.

Fire Emblem Heroes added four new summons, and announced that the launch celebration perks would be kept in place indefinitely, to the relief of many.

Meanwhile Pokémon GO received the update we’d all been waiting for - the Generation 2 Pokémon are now out in the wild, ready to be caught. Niantic added a few other nice little tweaks to the game as an added bonus. 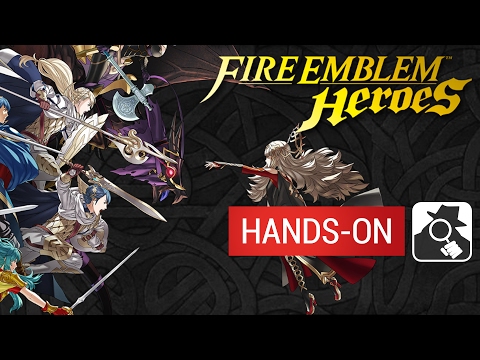 Subscribe to Pocket Gamer on
How to’s for days

Plenty of new games means plenty of new questions, but we’ve got you covered. Our Digby Forever guide shows beginner’s how to get the highest score possible.

Elsewhere we explained the mysteries of evolving some of the new Pokémon in Pokémon GO, including the two new Eeveelutions.

Lastly, we help novice knights get off on a good start with our Postknight explainer.

The week in reviews

Things were quite hectic on the reviews side of things, but our esteemed Reviews Editor was up to the challenge.

We were quite excited about Beat Racer, a surprisingly slick sci-fi rhythm game not unlike Audiosurf.

If all of that chrome and neon throws you off though, you might enjoy Hidden Folks, a hidden objects game with some gorgeous art and charming sound effects. It’s so good, we confidently recommend it even if you staunchly object to hide-and-seek games.

Campbell also gave Glitchskier a go, and concluded that it was a flawed schmup with some good ideas. Likewise, we played OK Golf and found it to be exactly as advertised - it’s perfectly fine, but nothing too special.