Lit the Torch is a clever platformer that lets you play around in two different universes at the tap of a button.

As you might be able to guess from the title, it’s all about lighting torches. And you’ll bound from platform to platform, poking the flame-bearing pedestals to get them lit.

Things are occasionally a little on the fiddly side, but there’s enough interesting puzzling here to keep you entertained all the same.

The controls are simple. You’ve got two buttons that move you left and right, and a jump button. And then you’ve got a button that opens a hole into a different timeline.

You can drag this hole around as well, using it to reveal heretofore hidden pieces of scenery and torches.

The game tells you how many torches there are to light in each level, and then it’s up to you to figure out where they are and how to get to them. 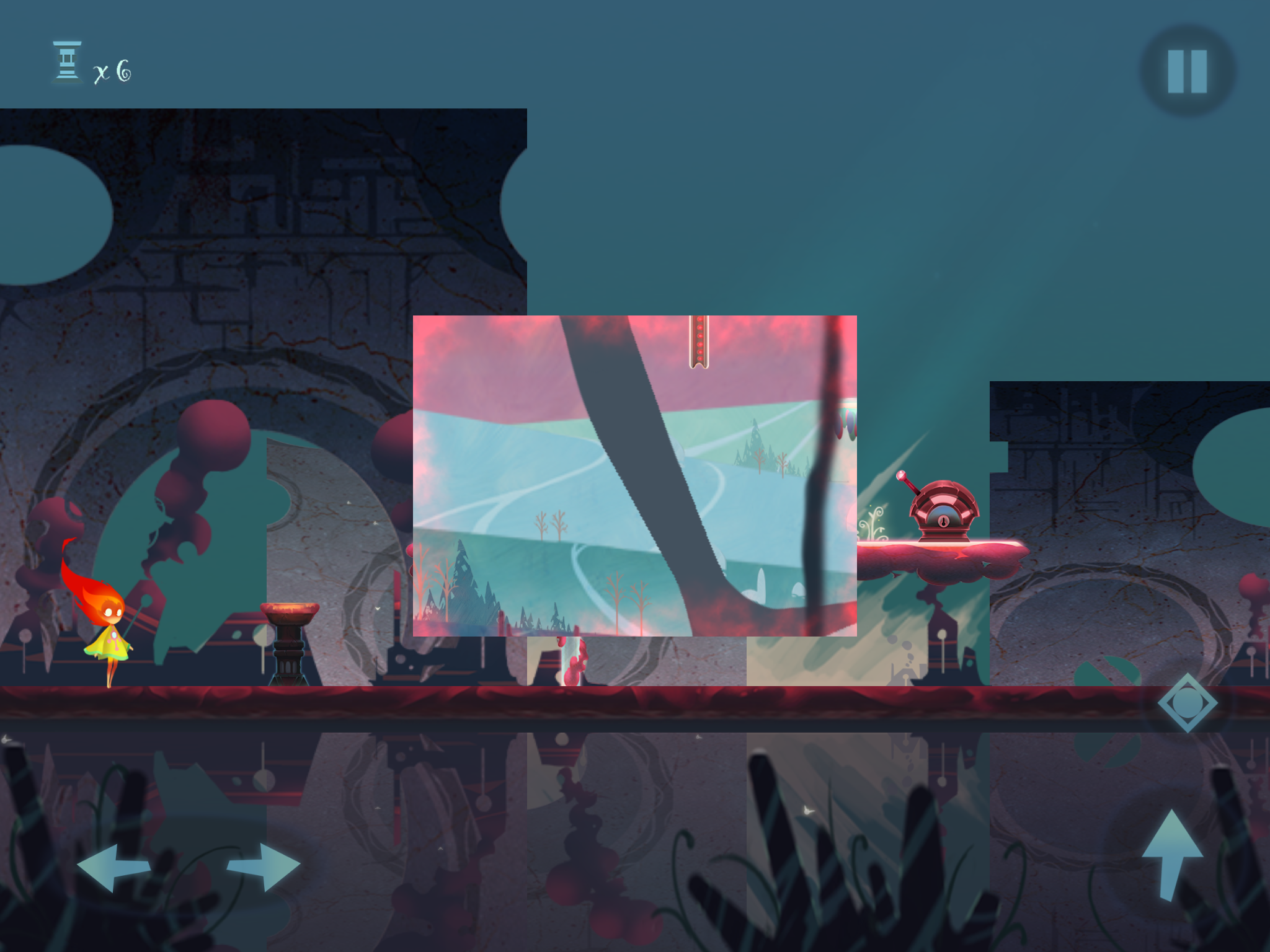 Figuring out what you’re supposed to be doing forms a large part of the charm of the game. And spotting a ledge in the other world that will help you solve a problem is a great feeling.

There are a few niggles here, namely with the controls. Especially on an iPad the buttons are just a little too small. Other times you’ll find yourself stuck in one world and unable to jump into the next for a moment.

These are small problems though, and the vast majority of the time you’re going to be enjoying the laidback pace and clever design of Lit the Torch.

There’s not a huge amount of challenge here, but sometimes that’s not what you’re looking for. It’s not perfect, but you’re likely to stick with it until the end all the same.

A clever platformer that piles on the new ideas at just the right pace
By Harry Slater
| Feb 15, 2017 |
iOS
Find out more about Lit the Torch
SEE COMMENTS

Lit the Torch, the puzzler with a parallel world, is finally out worldwide on iOS

[Update] Lit the Torch is a striking puzzler which implements a unique mechanic, soft-launched in select countries