Wrestling games are far from new in the mobile world, but mixing the beasts with match-three puzzlers? That's certainly an unusual combination.

But does WWE: Champions manage to knit together these slightly strange threads? In some ways, yes. In others, not really.

WWE: Champions is an odd combination of strategy and match-three. After choosing your wrestler the actual game consists mainly of matching coloured gems to perform your moves. 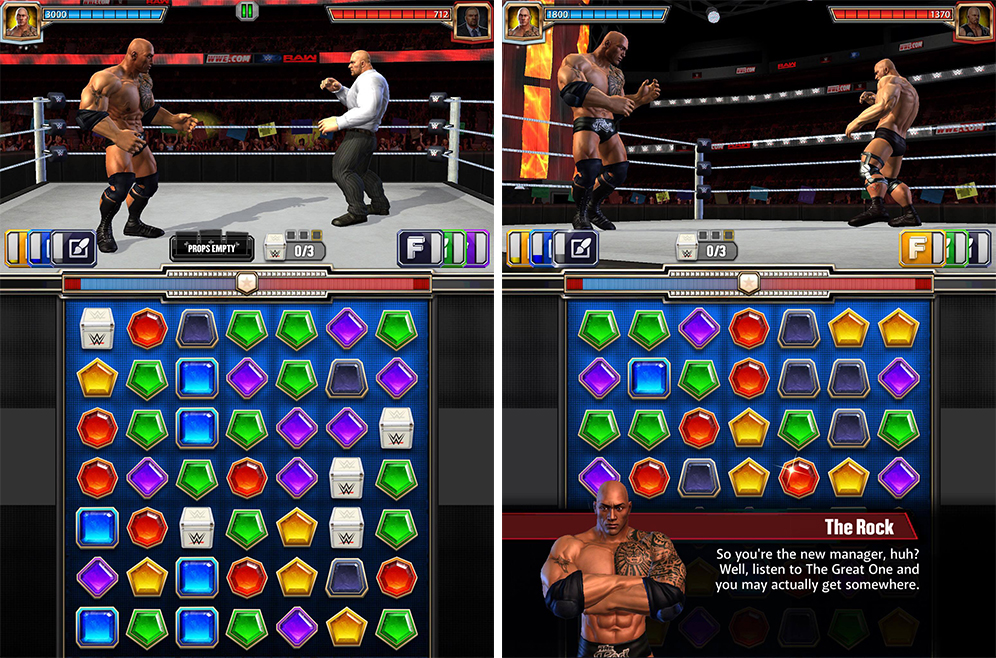 Just to add a little variety, once you fill a certain coloured bar you can activate one of three special attacks - each of which varies depending on the wrestler - and attempt to beat your opponent down enough to then pin him and win the match.

As well as the pin-metre, each body has a health bar, and the amount of health you have when pinned depends on how easy it'll be to shake your opponent off. If you run out of health entirely it's an easy win.

Things take a little while to get started. Through loading screens and cluttered home pages, eventually you get led through an easy-to-follow tutorial. And then the training wheels come swiftly off.

There's lots of 'bits' to the game. Loot boxes, cash, training cards, special bonuses, daily challenges, unlockables, upgradables, purchasables, and more, and, boy, it gets a little overwhelming at times. 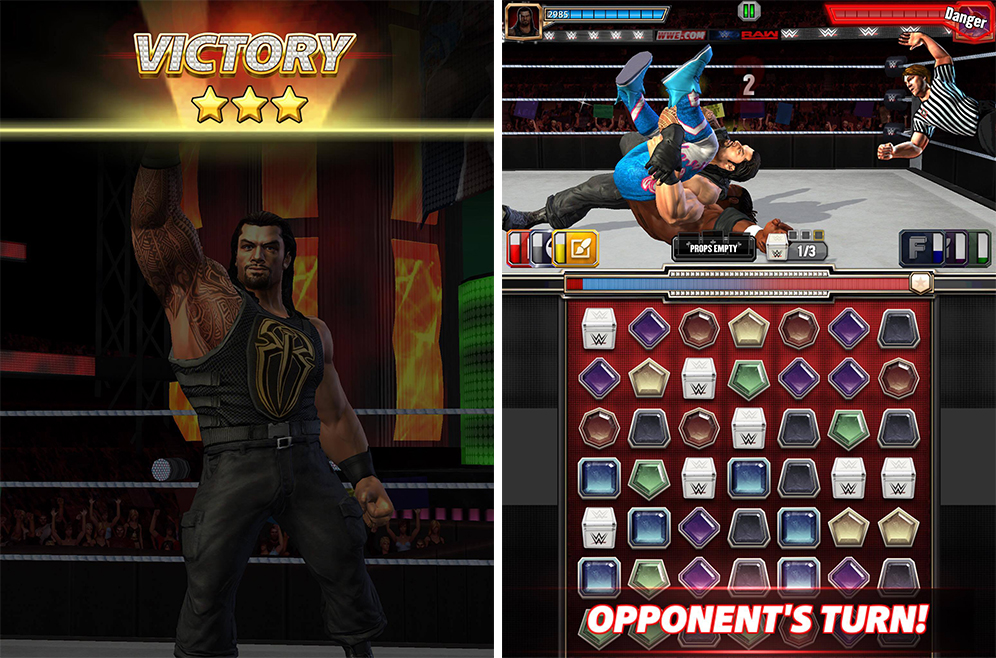 As an unfortunate side effect of this type of free-to-play game, more time is spent outside of the main game than actually in it.

Collectively, the average match lasts maybe a couple of minutes before you're tossed back into the loading screens, upgrading schemes, and whatnot.

Each wrestler can be upgraded quickly, meaning that most matches are over before they began, though I did appreciate the call for certain classes to take part in certain fights.

The graphics and background scores are also very pleasing, giving the game a real wrestling world feel to it.

If you love wrestling or match-stuff puzzlers then there's a decent game bubbling around here.

It's just a shame that once you look past the pretty graphics the actual gameplay is a little bland, and the interface is a touch too busy.

WWE: Champions has an interesting concept and pretty graphics, but it's not exactly a revelation.
By Emily Sowden
| Jan 30, 2017 |
iOS
Find out more about WWE: Champions

Sword Art Online: Memory Defrag review - A hack-and-slash RPG like all the rest

The puzzler RPG WWE: Champions is out now