Shards of Memories review - A puzzler, but is it sharp enough?

Shards of Memories is a bit of a strange one. It's a puzzle game, through and through, but there's a dark and sad story twisted through it.

You're literally putting the pieces of your life back together, and while the mechanics lack the poignancy of the narrative, there's still a lot to enjoy here.

It's not the most impressive story ever told, nor is it the most interesting game, but together you'll be pushed onwards to see what happens.

Each challenge in the game gives you a broken image that you need to recreate. There's a space in the middle of the screen and a bunch of scratched shards of glass.

When you've fit them all in the correct place you get a bit more of the story, then move on to the next puzzle.

And that's sort of it. The puzzles aren't all that challenging, and there's no time or move limit bearing down on you. This is a game you take at your own pace. 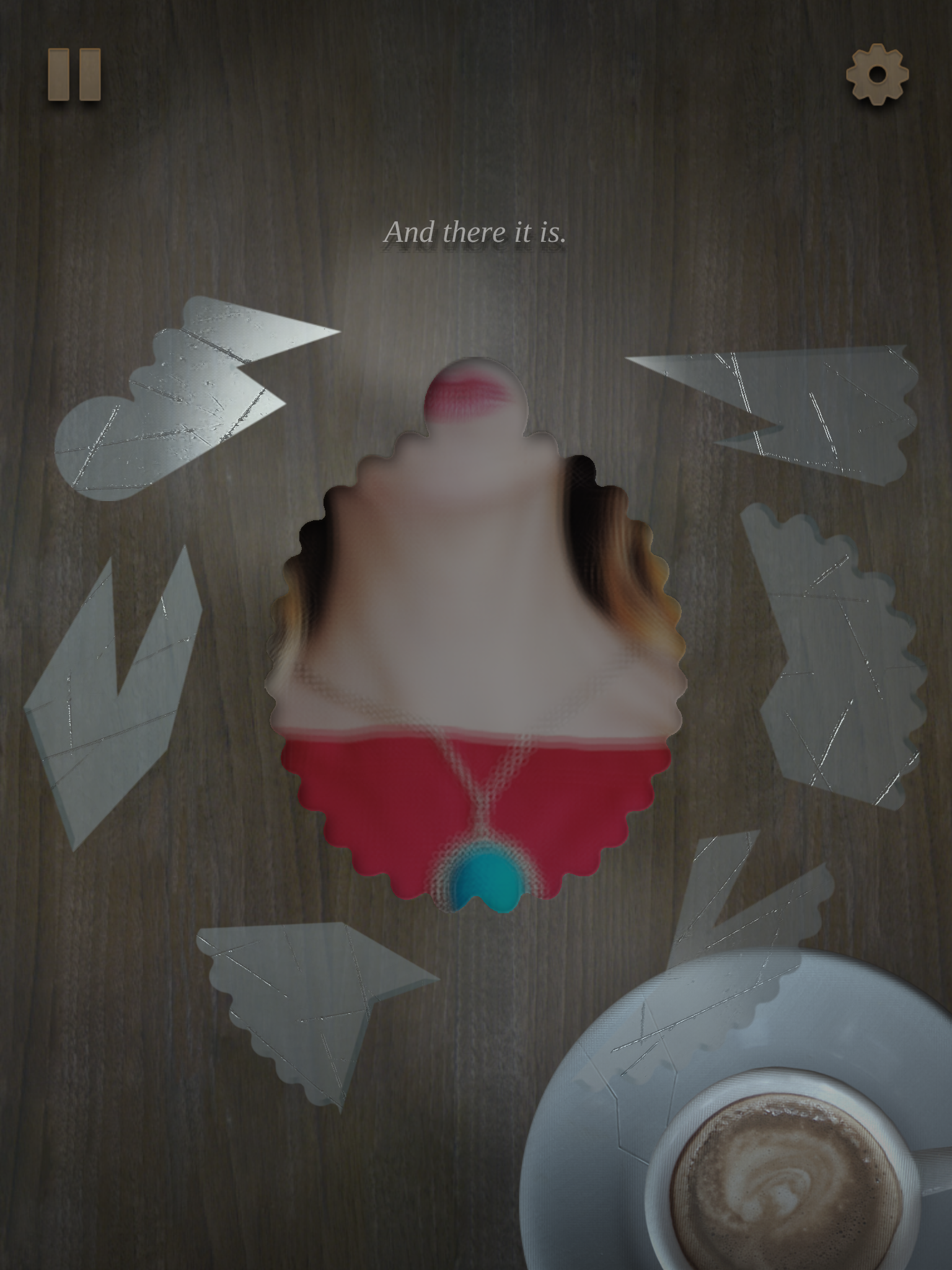 Which is sort of refreshing nowadays. This isn't a casual experience, but it's not one that's breathing down your neck all the time either. And while there isn't much to explore, it's still good not to be bombarded with hints.

There are a few problems here though, namely with the pacing. The levels don't really evolve. You're still just moving shapes around and putting them in the right place.

And while the story does push you on to see what else the game has to offer, after a while you'll realise that it's not very much.

You're still going to stick with Shards of Memories, mainly because it's quite a pleasant experience. It's just a shame that it's a little lacking in terms of variety.

But there's enough here that it gets a recommendation. Just don't expect it to eat away your life like other iOS puzzle games might.

A puzzler with a little more depth in the narrative department and a little less depth in the mechanics
By Harry Slater
| Jan 12, 2017 |
iOS
Find out more about Shards of Memories

The real-time PvP battler Star Wars: Force Arena is out now on iOS and Android

Piece together your past in iPad puzzler Shards of Memories, releasing this fall

Shards of Memories is a unique puzzler with an emotive flair