But NOT a bullet hell.

Updated 12th January, 09:02 AM: After releasing on Vita yesterday (US), the exciting shmup Xenoraid is out now on iOS.

Grab the game on the App Store free-to-play.

Shmups and mobile gaming go together like cheese and crackers, strawberries and cream, or milkshake and french fries (seriously), and Xenoraid's looking pretty darn good. 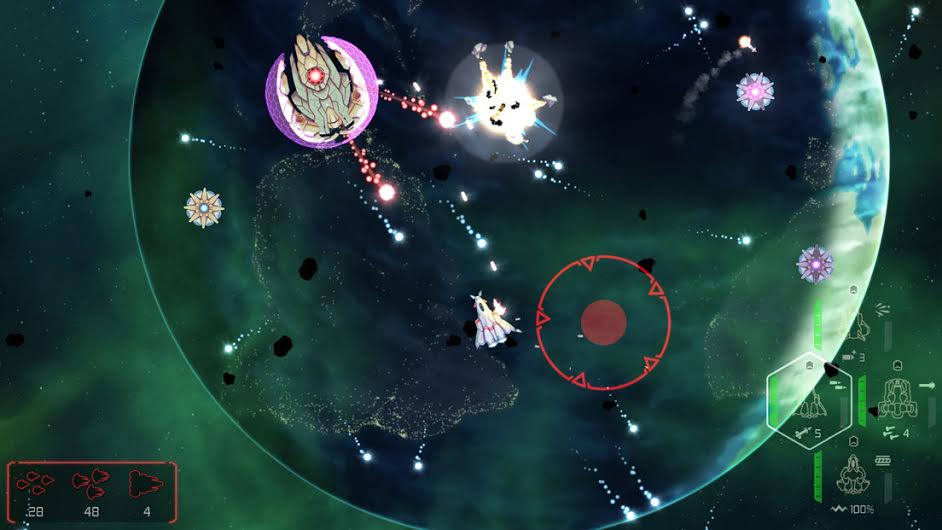 Xenoraid is a vertically-scrolling shmup in which you take control of a spaceship and shoot merrily at a barrage of oncoming enemies - you know the drill. According to 10tons however, they've tried to bypass the typical bullet hell game style and have opted instead for procedurally generated levels. Sorry kids, no point memorising the levels here.

Initially announced for mobile last year, the game received pretty good reviews after its PC/console debut. You can switch through your four fighters/ships during battles, manage your squad's weapon choices and upgrades, and play through a huge number of levels either alone or via local multiplayer.