Remedy Rush is a bit of a departure from Whitacker Trebella’s other mobile games. But it’s still an accomplished and entertaining twist on the endless runner that shows the dev just gets mobile.

You’re in control of an antidote flowing through an abstract representation of the human body, and everything is controlled with a few taps, swipes, and presses.

And while the game isn’t anywhere near as difficult as Piloteer, there’s still a decent level of challenge here that’ll drive you on to see what else Remedy Rush has to offer.

Good for what ails ya

The aim of the game is basically to survive. And while you’re surviving you need to kill the bacteria and diseases that are polluting your host’s body.

There are cells to destroy as well, but essentially if anything in the course isn’t white, it’s almost certainly going to try and kill you in one way or another. 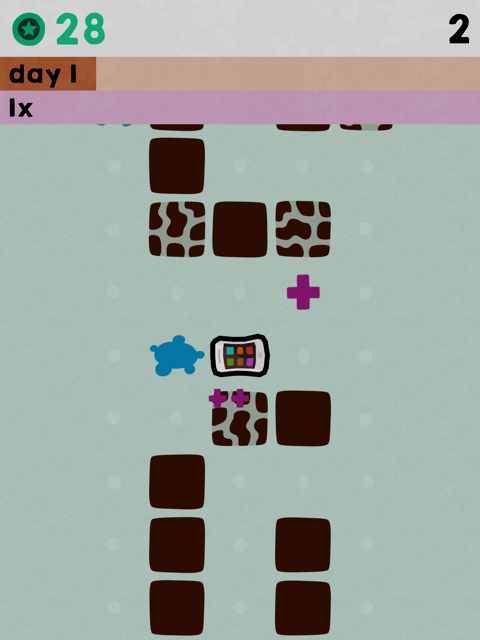 Boop into a red cell and it’ll set itself to explode. The squares around the cell that are going to be affected by the explosion are highlighted. If you’re in one of those when it goes you’ll die.

A second boop will blow up the cell, but you’ll want to make sure that you’re not in the highlighted squares or you’ll explode. You can start chains with the explosions and your health power too.

And you’ll unlock new characters as you play, which add their own twist to proceedings. They might give you extra boosts, change the look of the level, or change a number of other parameters.

The whole thing is a lot of fun. You’re rolling through the levels, trying your best to combo together moves to get as a high a score as possible. And you’ll want to keep going, finding out new things as you go.

The free to play elements here aren’t too egregious either. It sits in the Crossy Road bracket rather than the likes of Clash of Clans.

Remedy Rush is an impressive addition to the arcade genre, and you’re going to have a blast of a time discovering the interesting bits and pieces that it throws at you.

A sharp and entertaining mix of an endless runner, a puzzler, and a roguelike
By Harry Slater
| Jan 5, 2017 |
iOS
Find out more about Remedy Rush

[Update] Remedy Rush is the next explosive arcade-puzzler from the developer of Piloteer and Pivvot, out now on iOS