Grumpy Cat's Worst Game Ever review - Like Warioware, but with more cats

Grumpy Cat's Worst Game Ever is not, despite its claims, the worst game ever. In fact it's an awful lot of fun. And with a few tweaks it could be even better.

It's also more than one game. It's a Warioware-style collection of timed mini-games that see you tapping and swiping your way to victory or defeat.

Throw in some memetic humour and you're left with a pretty decent little time waste featuring the internet's favourite scowling moggy.

Each of the games that make up Grumpy Cat's adventure only lasts a handful of seconds. Complete one and you'll move on to the next. Mess one up and you'll lose a life. Lose three lives and it's game over.

As you play you earn coins, and you can spend these on unlocking new versions of Grumpy Cat. They also unlock new mini-games, and there are loads to grab.

There are different locations as well, which open up even more different challenges. From pulling cactus spines out of Grumpy Cat's back to a Simon Says-style game of tapping coloured felines. 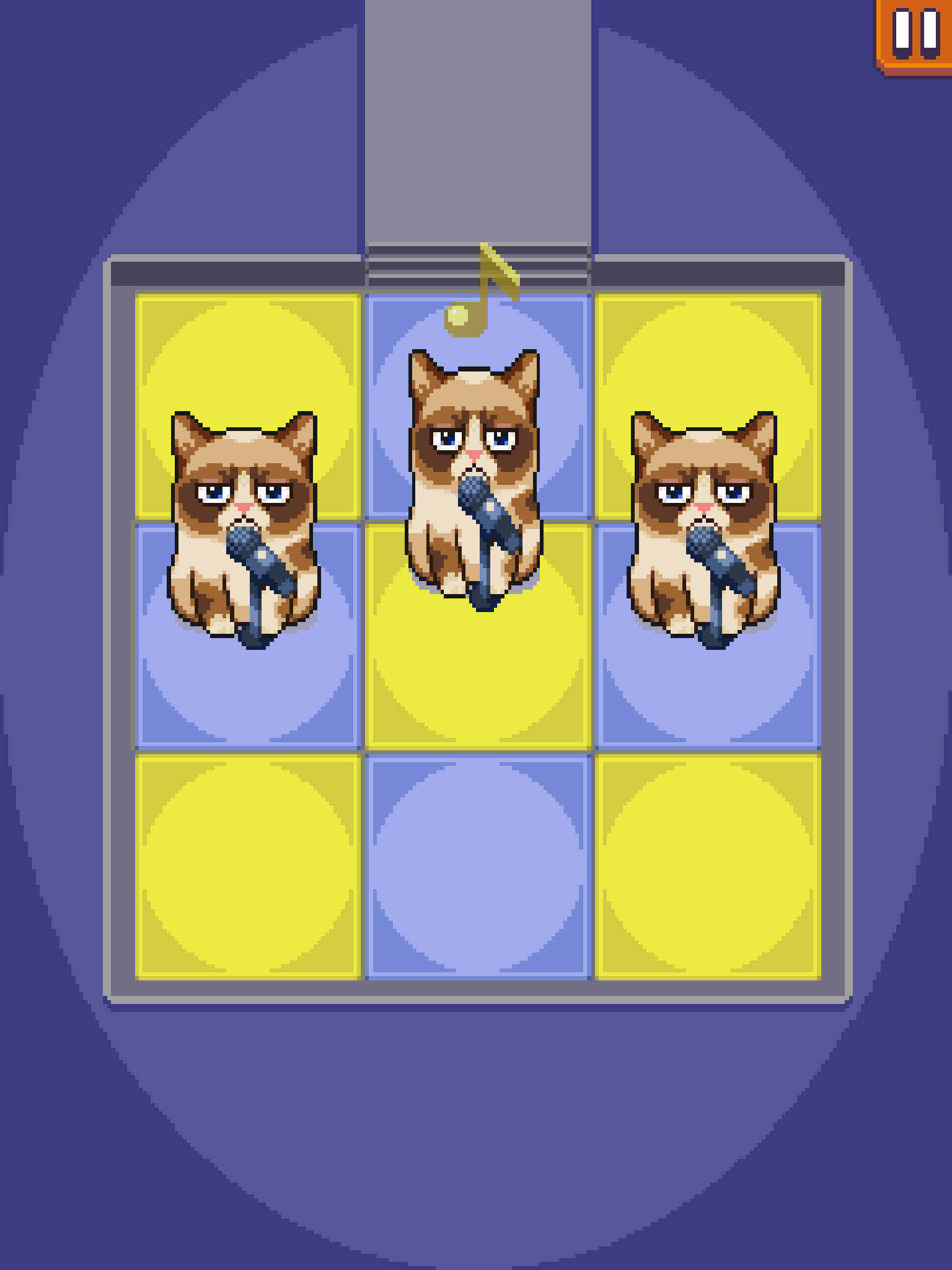 The more games you complete in a single run, the faster they get. There are more complex rhythms to tap out, more wires to connect to light up the Grumpywood sign, and a quicker clock when you're scrubbing plates clean.

It makes getting a high score feel particularly good. And then you'll jump straight back in to see if you can do even better.

One thing that the game could really do with is some pass and play multiplayer. You can technically take it in turns, but if it was easier to get your friends involved you could add another point to the score.

As it stands this is an entertaining and engaging single player game that pushes you to go deeper and unlock more.

It loses its shine after a while, but there are laughs to be had, and enough variations to ensure that you'll stick with it a good deal longer than you might expect.

A neat mixture of mini-games that, if it had multiplayer, would be a must download
By Harry Slater
| Dec 22, 2016 |
iOS
Find out more about Grumpy Cat's Worst Game Ever

Grab yourself a bargain in Crescent Moon's iOS Christmas sale

Have an awful time in Grumpy Cat's first mobile game, coming to iOS and Android later this year