There aren’t too many mobile games available that can comfortably claim that the floor isn’t your friend, but rather an enemy. Enter Stickman Base Jumper 2, the new free falling game from developer Djinnworks which after the success of the first game, looks set to put players on edge all over again when playing.

Much like the original Stickman Base Jumper which eventually went on to enjoy over 20 million global downloads, its sequel tasks you to control an unfortunate stickman with one hell of a death wish. Now with over 45 thrill-seeking levels to master and multiple famous structures like the Eiffel Tower, Trump Tower and Empire state building to dive off, players are offered the ability to feel the amazing experience of falling through the air.

Whether it’s when playing alone in the game’s solo mode or online with friends in party mode, Stickman Base Jumper 2 offers a unique kind of experience both on IOS and Android devices.

We were lucky enough to talk to the fine folks over at Djinnworks, discussing all of Stickman Base Jumper 2’s various new systems and features which are determined to make us quake in our boots all over again. 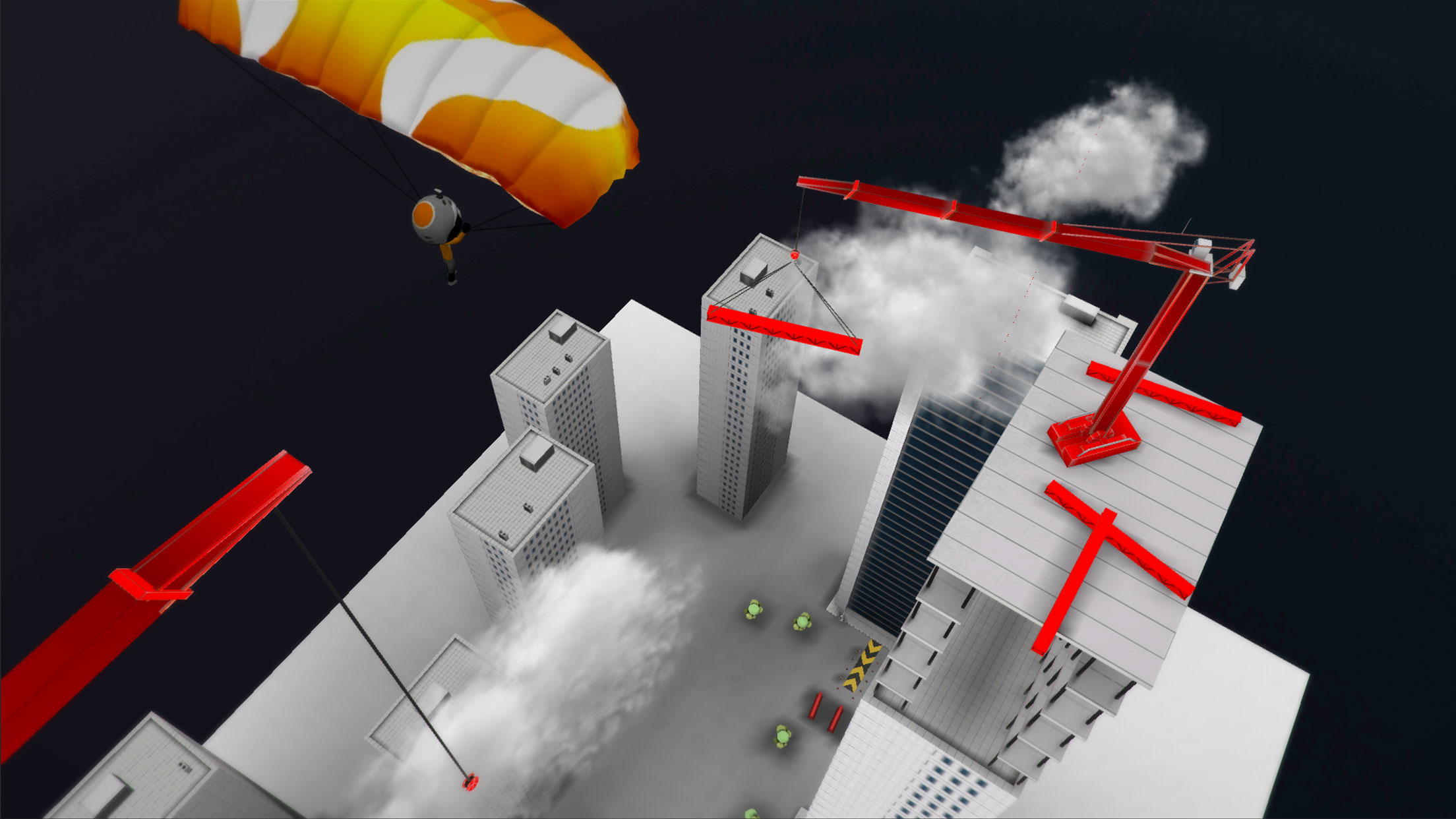 During the last years it has become a real challenge to create a game, that does not already exist in the store in some kind of variation. What makes Stickman Base Jumper 2 exceptional is the combination of stunning environments, simple one touch controls, the Stickman character at its best and the adrenaline kicking gameplay.

Specially for Stickman Base Jumper 2 two areas of the game have been really challenging. First, getting the player physics to behave as smooth and as realistic as possible. With state of the art game engines and development environments adding physics is a no brainer, but to get it to behave exactly as you want and getting it to not react strange or unrealistic in special situations can be a very long process. Blending between the animations (when you run on the roof tab) and the actually physics (the various jump types) as well as simulating realistic crashes was a tough task.

The other really challenging area was getting stable 60 fps even on older Android and iOS devices. We had to develop various solutions like vertex baked ambient occlusion, prebaking, mesh compression, high performance shaders, etc. to get Stickman Base Jumper 2 running smoothly on our low-end references devices which includes a Samsung Galaxy S2 for Android and iPhone 4S for iOS. 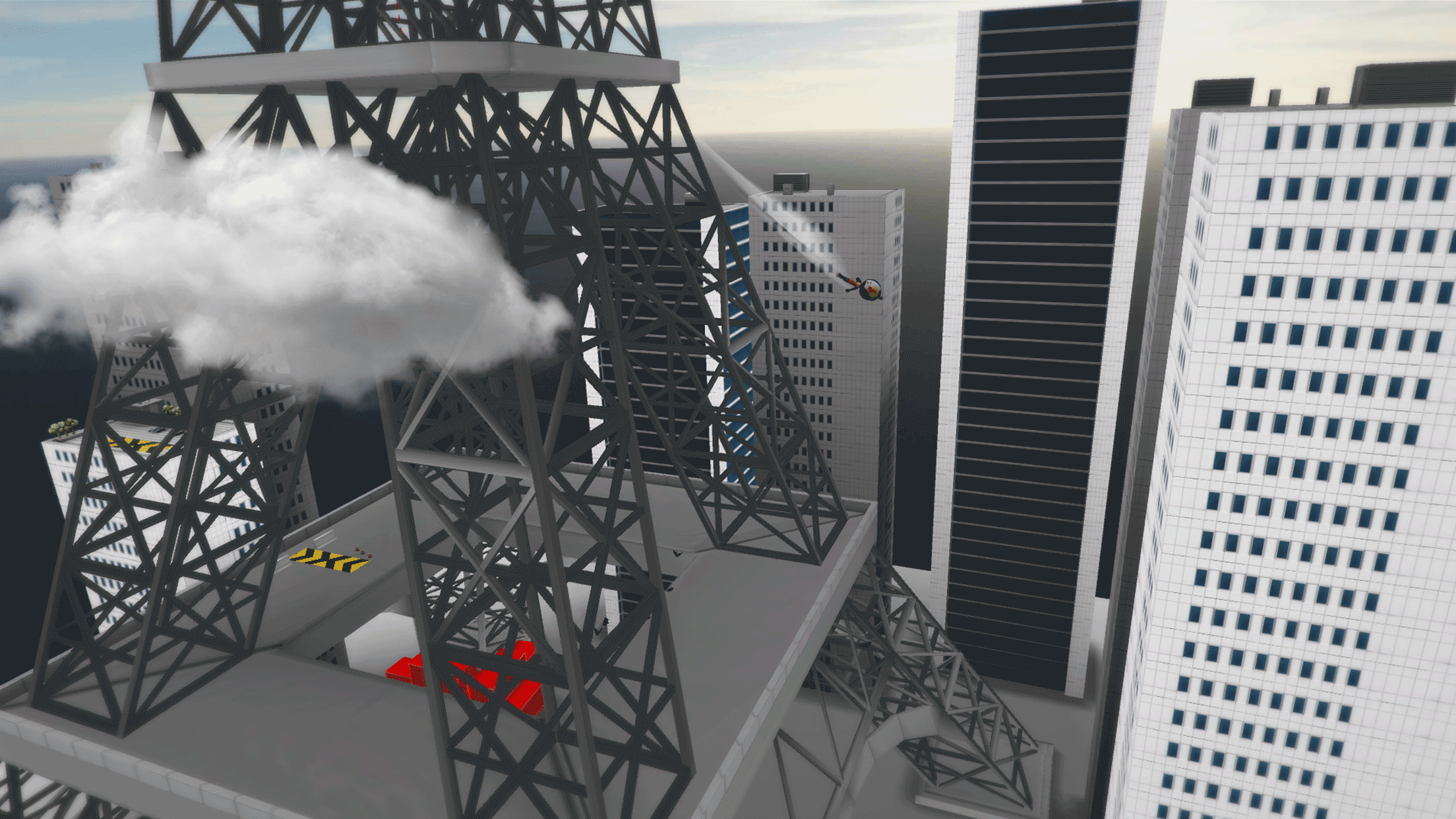 Besides the technical and graphical aspect, one thing we’re really proud of is the release date :) Especially the last two weeks were marked by outstanding coffee consumption, sleepless nights and developers still building levels and fixing bugs in their dreams. It really was a tremendous amount of work to get it all done in time, but seeing the final result, we can proudly say that it was worth the effort.

Basically we are optimistic that the game is running smoothly on all devices, so there should be no need to update the game because of technical reasons. Currently we are getting through the feedback that we get from the users to improve the game further. It is a must to listen to the customers requests and implement new features in accordance with their demands. On top of that we will soon offer new levels and new jumps for those who have progressed through the game.

What is the game’s community like, and have you found it to have a global appeal?

Everybody could be a Stickman Base Jumper 2 player! Sportsmen, adrenaline junkies, boys, girls, young, old, no matter who you are, this game is waiting for you! A lot of people also told us that they have been waiting for this sequel all the time. After all, the original of the game has been released more than four years ago, so we unexpectedly made a lot of the former players happy, too :) In general, we have positive feedback from all kinds of gamers out there.

If you want to unleash the thrill seeker in you, you can find Stickman Base Jumper 2 available to download right now for Android and iOS.

Pack your parachute and take a leap in Stickman Base Jumper 2, coming in hot on iOS and Android devices now