After Hitman GO and Lara Croft GO, Square Enix Montreal has revealed itself to be one of the best puzzle game makers on mobile.

These stylish games move with clockwork precision and stick to an immutable internal logic, making them excellent head-scratchers.

2016's Deus Ex GO isn't the best in the series (that crown still belongs to Lara Croft) but it's still trendy, confident, and tricky as hell. And it made the wait for Mankind Divided a little more bearable.

Anyway, this time you'll be hacking into the very grid of the game to alter the layout of the level and reroute guards. You'll also be goading soldiers in barmy sci-fi armour, dropkicking deadly roomba-robots, and using Jensen's cyber powers to slip past sentries unseen. 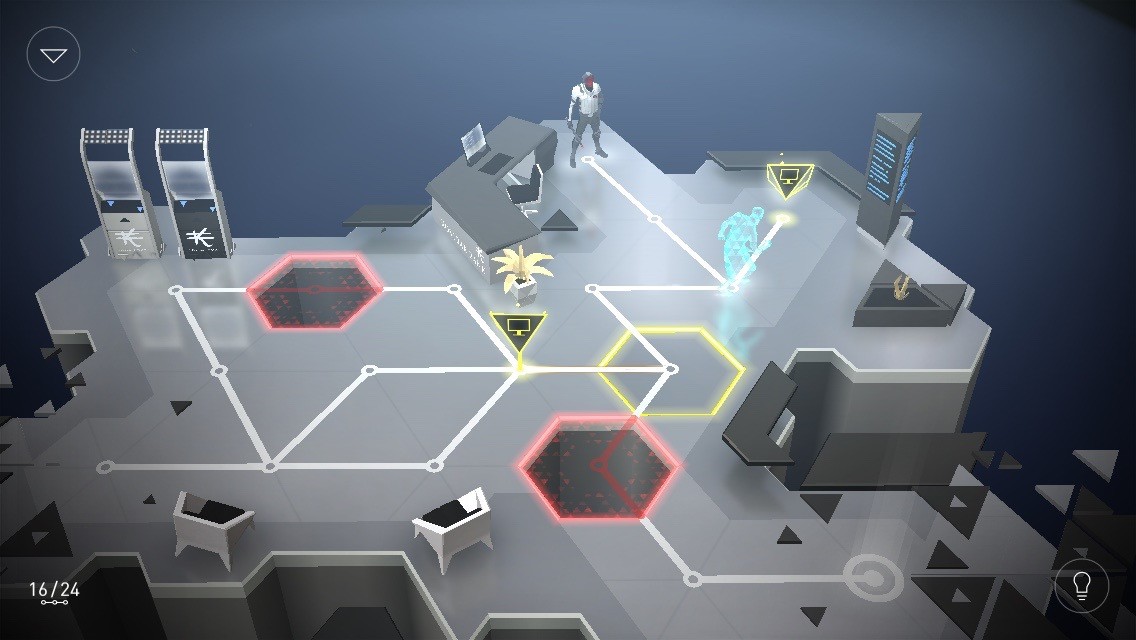 There's some story but, let's be honest, who gives a shit? You'll be skipping past this stuff just to see what new idea or new challenge is introduced in the next batch of puzzles.

The developer just added a level editor, to boot, so you can try your hand at puzzle design. Or, if you don't have the creative itch, just grab bazillions of extra levels from players online.