And the game's on sale too.

Oh hey, so remember how yesterday I said Agent A's newest chapter was out this Thursday - it suddenly dropped today. Happy pre-Christmas Tuesday everyone! 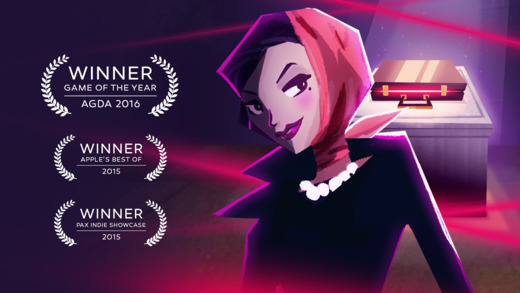 This stylistic spy game has got a brand new chapter. For those who may be confused by the fact we'd jumped from the original game to chapter three, Yak & Co. decided to turn the first part of the game into chapters one and two.

Chapter three: Ruby's Trap, plonks us straight where we left off at the mercy of Ruby La Rogue. With only a mysterious briefcase left for us to tinker with, we've got to outsmart the vixen herself and escape her trap.

With 20 new puzzles and plenty of new hidden gizmos and gadgets, this installment is no doubt going to be an exciting one. Better yet the game is currently on sale on both iOS (79p/99c) and Android (69p).

Chapter three: Ruby's Trap is only available on the App Store currently and is so far slated to come to Android sometime early next year, but we'll keep you updated on that.