Fast Food Rampage is a simple arcade twin-stick shooter that's actually pretty enjoyable. Its murder is very much of the slapstick variety, and its progression is fast and effective.

It doesn't bend the shape of the genre in any particularly impressive ways, but it snaps along at a silly old pace, and you're never far away from blasting something to smithereens.

Throw in a slightly off-kilter sense of humour and plenty of massive weapons and you're left with a game that's just about more than the sum of its parts.

Want fries with that?

You play the clown mascot of a failed fast food restaurant overrun by hipsters. Inevitably those hipsters are obsessed with artisanal food and veganism, so it's up to you to fill them full of gross meat and milkshakes.

So you do that. There are a series of waves, kill everything that moves and quite a lot of things that don't, collect some coins, move on to the next wave. 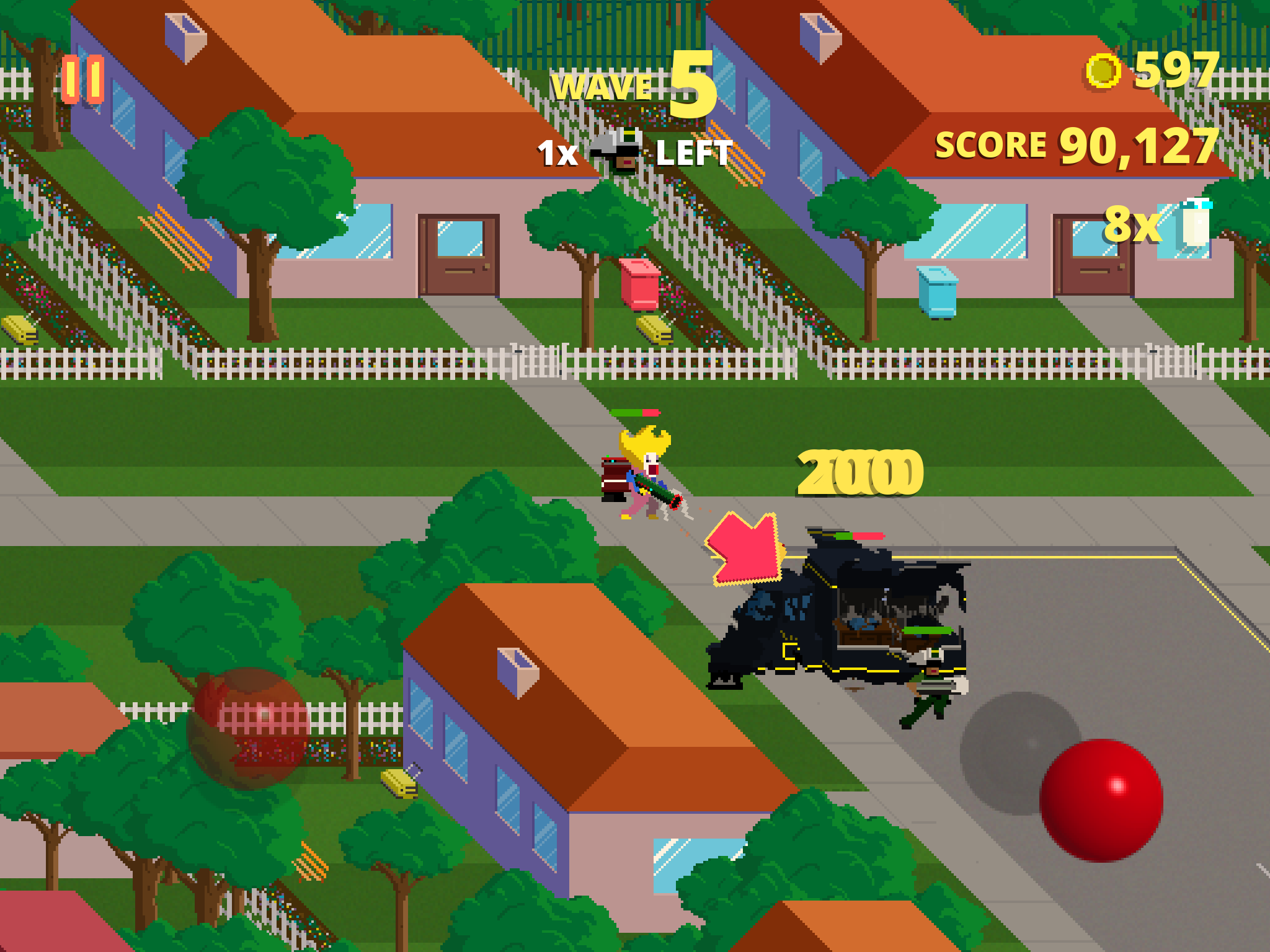 That's the shape the game keeps throughout its run time. You can upgrade your weaponry as you go, and if you want to get to the later waves then you're going to have to.

There are special weapons to pick up as well, ranging from french fry machine guns to cola jetpacks, from apple pie air strikes to ice cream truck hit and run machines.

It's all silly, it's all reasonably entertaining, and it's all controlled with two sticks. One moves you around, the other fires your weapon. Double tap the screen and you'll toss a milkshake grenade. 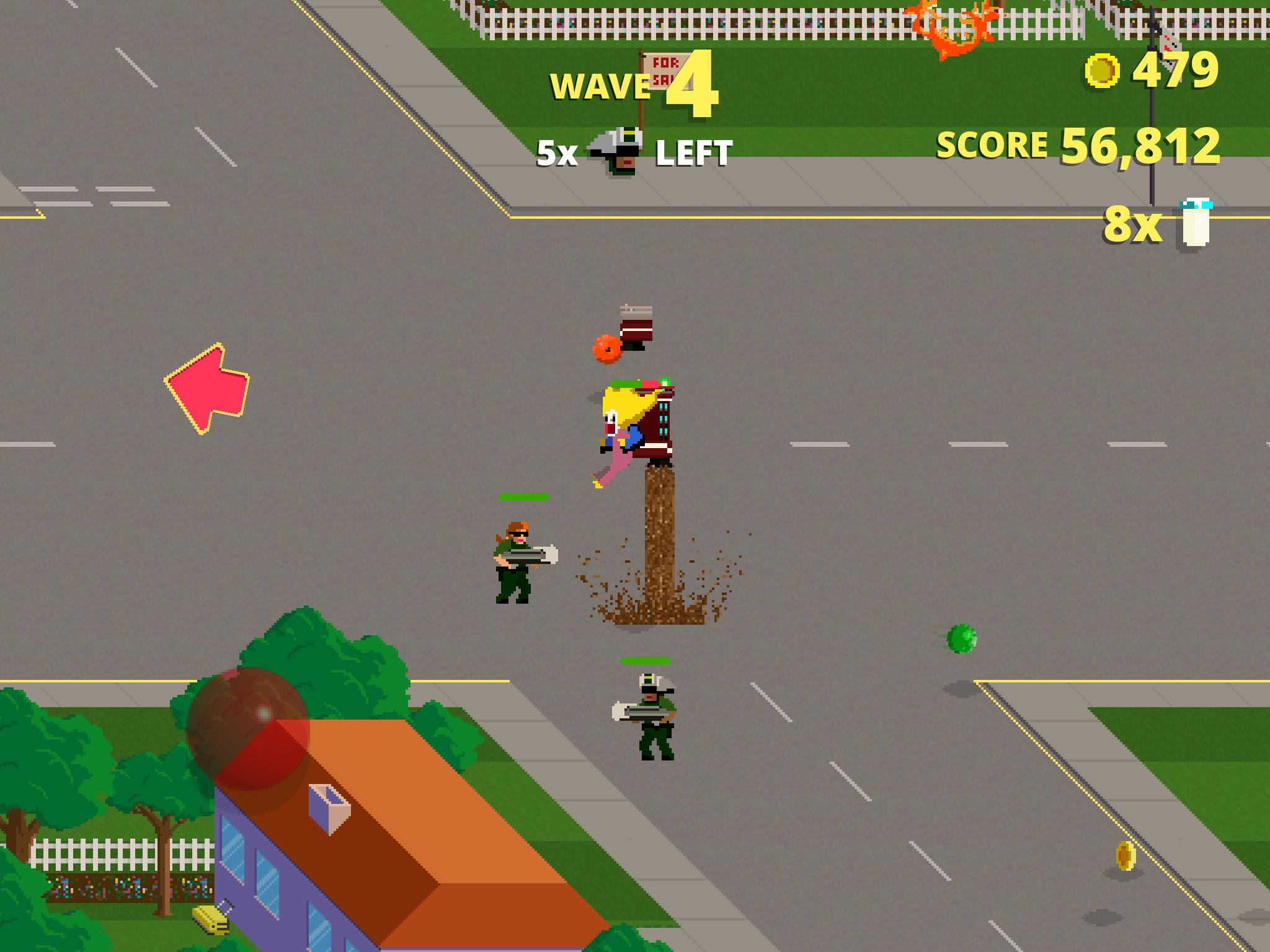 And that's about all there is to the game. It tries to keep things reasonably fresh with new enemies and missions, and it just about succeeds.

It's unlikely you're going to splurge on IAP for this one, but you won't mind the time you spend wandering around its cartoon streets murdering people.

There's a couple of interesting twists as well. The vegans you're slaughtering get fatter as you pump them full of burgers, so the more damage they take the less effective they are at stopping you.

It's a neat idea, and it elevates the game slightly higher than some of the more standard shooters on the App Store.

Even if the subject matter annoys you a bit (it does me), this is still a game that's worth checking out. Especially if you need some quick-fire action in your life.

A shooter with a decent amount of stodge to it, but not that much nutrition
By Harry Slater
| Dec 9, 2016 |
iOS
Find out more about Fast Food Rampage