The team of developers at MyTona need only look out of the window to find inspiration for a winter wonderland – they’re based in Yakutsk, one of the coldest cities in the world! Adding a touch of Siberian sparkle, they’ve created a festive update for their latest hidden object game Seekers Notes: Hidden Mystery.

Gameplay for Seekers Notes will feel familiar for fans of hidden object games. There are mysteries to be solved and it’s up to you to solve them. In this case, the mystery revolves around the cursed town of Darkwood and its strange inhabitants. 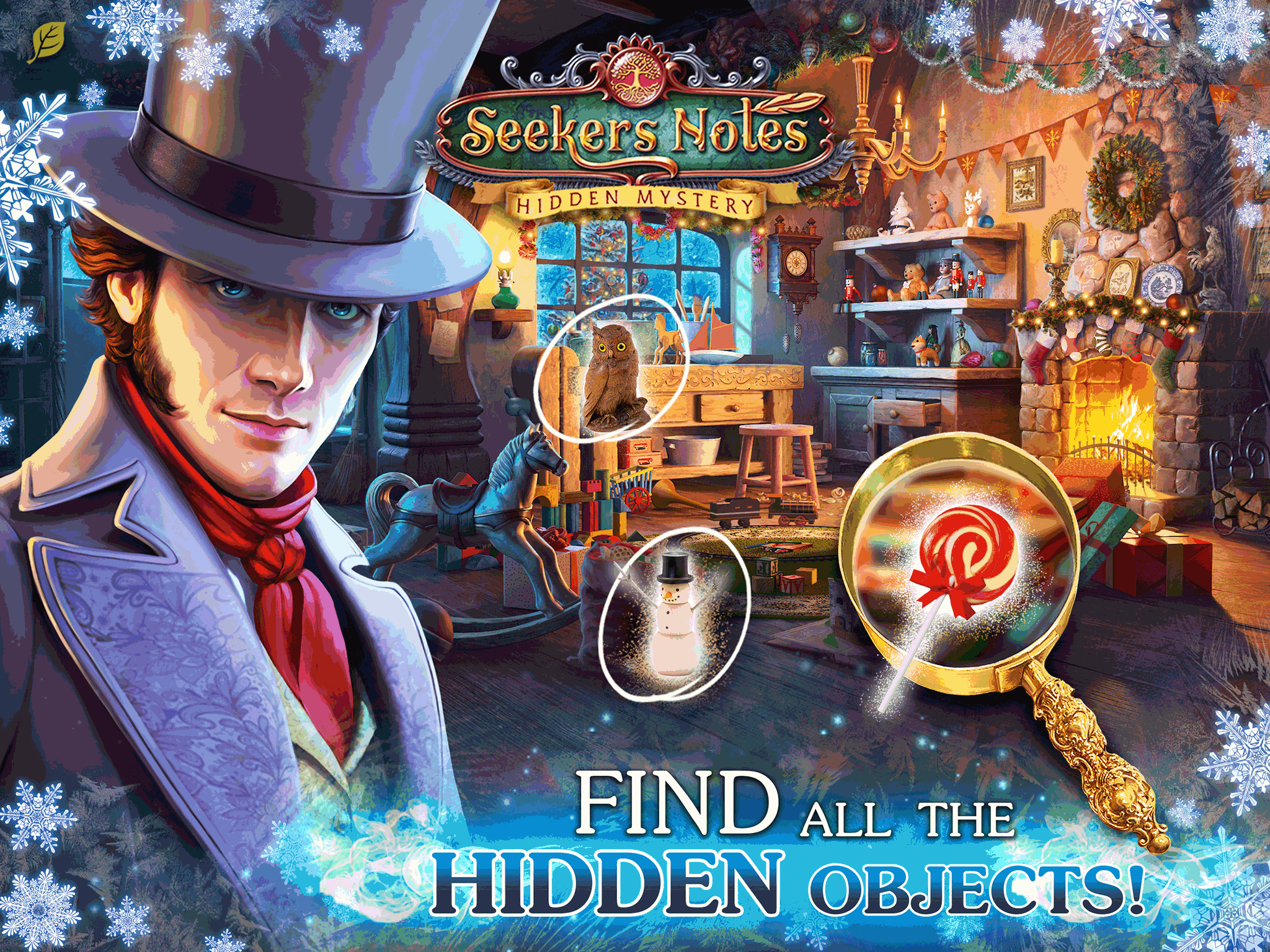 Exploring 28 beautifully rendered locations, you must gather objects to solve puzzles, banish foes and release Darkwood from its spell, before the time runs out. There are 1200 quests to complete, and 222 collections to discover. If you’re stuck on a particular task, you can request help from friends via social media who can leave clues including useful items in locations around the city. In this case, your research reward is actually higher if you reach out for a helping hand from a fellow ‘seeker’. 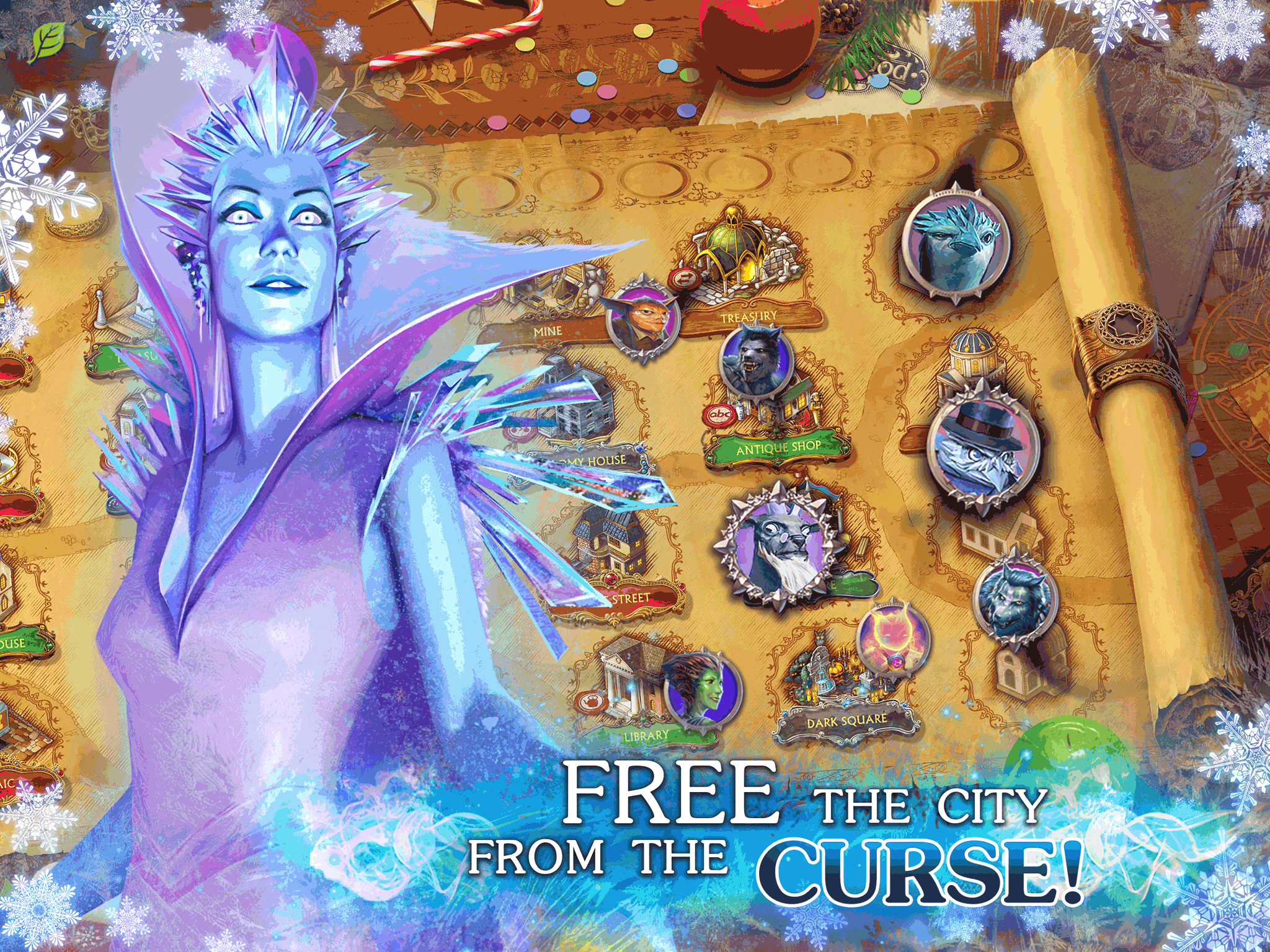 As well as adorning the locations with plenty of seasonal decorations, this latest festive update introduces a number of Christmas monsters to defeat. There’s Sir Tubby the evil snowman, the Ice Queen, the Scamp Penguin and more. Each time you beat one of the rascals you’re rewarded with bonus items including objects that are essential in overcoming other baddies blocking your way around Darkwood. These new arrivals to the city will only hang around for as long as the Seekers Notes seasonal event lasts – so you better be quick, or you end up as disappointed as the boy at the end of The Snowman.