To all intents and purposes Glitch Fixers - Powerpuff Girls is a platformer. It just so happens that it's a platformer that involves more programming than your average leaper.

Rather than giving you the usual jump and direction buttons, here you've got an input bar along the bottom of the screen and a series of commands you can input in a chain.

Complete the levels in under the number of moves you're set and you'll grab some stars. Basically it's a new take on the puzzling platforming genre, and it works pretty darn well.

The levels themselves are pretty standard platforming fare. You've got moving platforms, enemies to punch, and gaps to leap over.

But there's a much deeper, cerebral bent to things. And the longer the strings of commands you use, the more points you score. More points equals more stars. And stars are good. 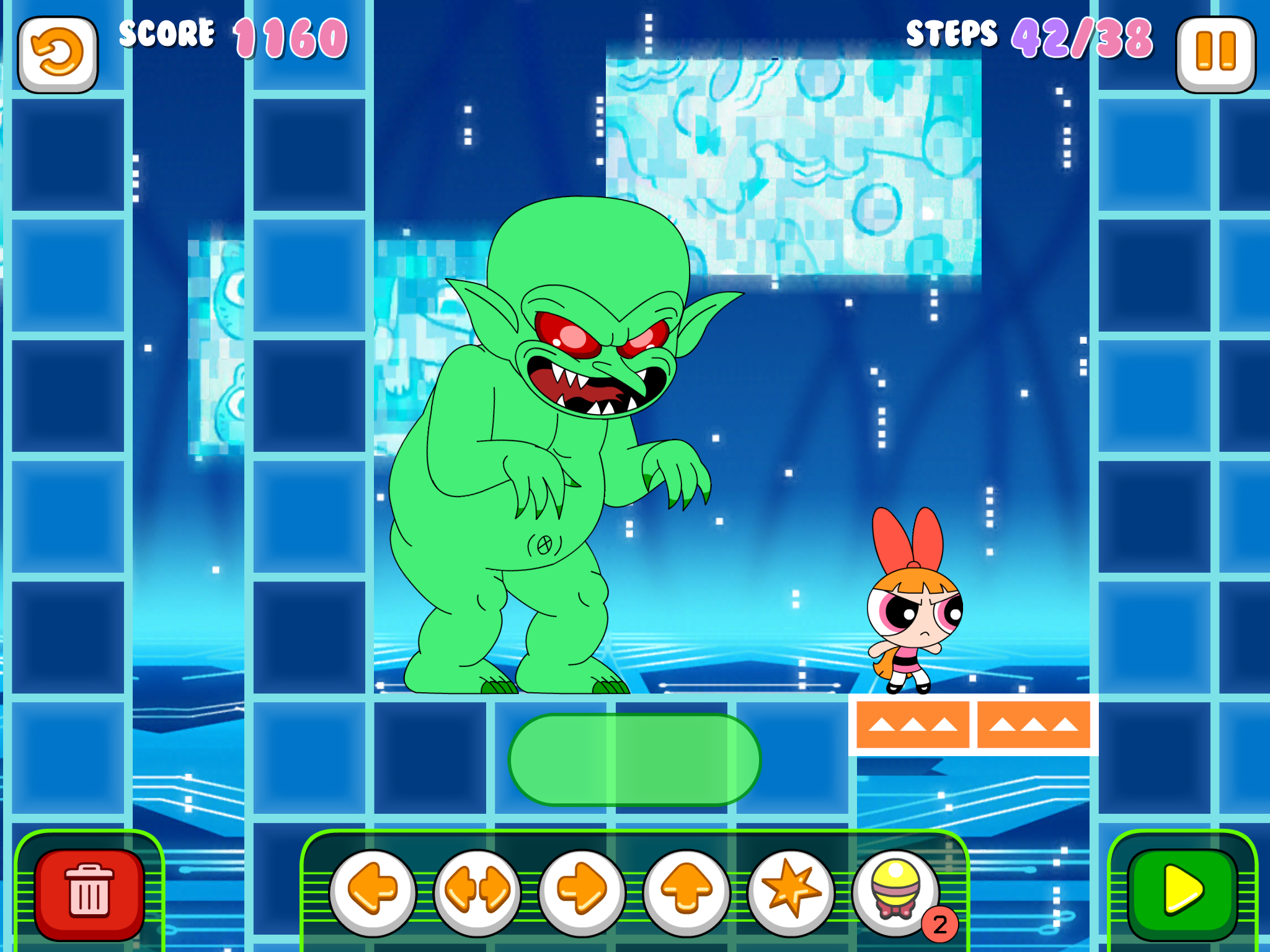 The deeper you move into the game the tougher things get. To begin with you're just moving right through the level and punching things. Then it starts to add new moves you need to consider too.

There are jumps, there are spins, there are special moves you need to use on big enemies, and there are chains of moves you can create and reuse in order to take up less space on your input bar.

Stringing together a big chain of moves and watching them play out perfectly is enough to put a smile on your face. And messing up will leave you rueing the day you were even born. 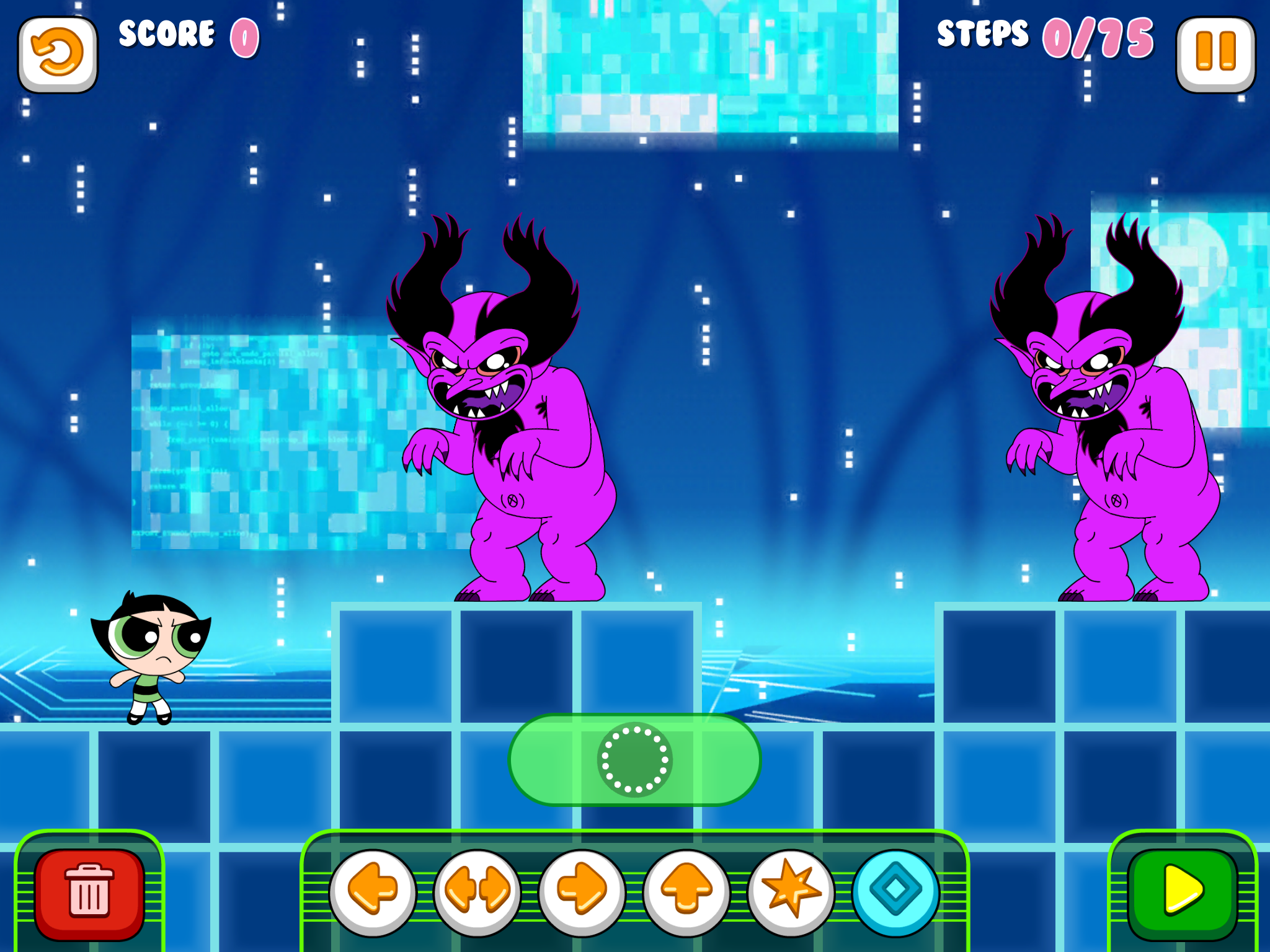 And that's really the mark of a good game. It's not so much that your mistakes are being punished, it's that you've made one and you need to learn from it.

It's also nice to see a game with such a big license doing something a little bit out of the ordinary. Especially when it's tickling your grey matter rather than just your reactions or ability to tap.

If you're looking for a challenge this weekend, then this is well worth picking up. It might not offer the razor sharp platforming challenge that we've come to expect from the App Store, but it does toss new ideas around.

And let's be honest, new ideas are always worth championing. Even if you're not a fan of the Powerpuff Girls you're definitely going to find something to like here.

A super smart, super engaging mix of a platformer and a puzzler that's well worth checking out
By Harry Slater
| Dec 3, 2016 |
iOS
Find out more about Glitch Fixers - Powerpuff Girls