[Update] Climb even more hills in Hill Climb Racing 2, out now on iOS

Grab the game on the App Store free-to-play now.

Start your engines, ladies and gents, because Hill Climb Racing 2 has just launched on Android. 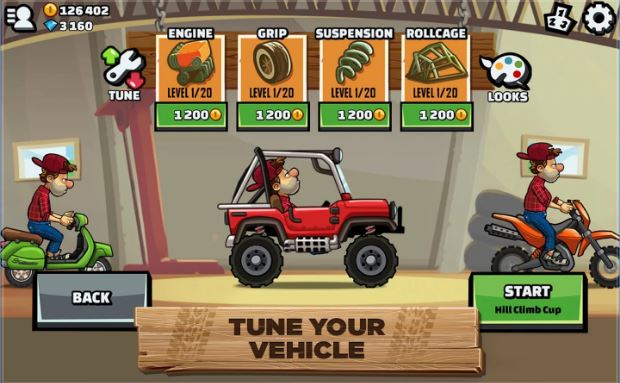 As previously mentioned by Harry Slater, the physics-based driving game is the sequel to the popular Hill Climb Racing. You could probably guess by the name but Hill Climb Racing 2 is all about climbing big hills in big cars and attempting not to crash out.

Drive an assortment of vehicles, from mopeds to jeeps, in this quirky racer over 30 different levels. There's even an endless single-player mode for when you're just sick of playing with other people.

Grab Hill Climb Racing 2 free-to-play on Google Play now. iOS is on its way, but we'll be seeing that sometime in December.

[Update] Eternal Maze is a cracking retro puzzler based around crop circles and endless mazes, out now on iOS and Android

Hill Climb Racing 2 tips - How to keep from flipping out

Hill Climb Racing 2 is coming to iOS and Android soon