Call of Duty on mobile - How might a true portable CoD look?

Call of Duty: Infinite Warfare is out now on console and PC, which means that a sizeable chunk of your gaming friends are probably off shooting each other on virtual sci-fi battlefields as we speak.

While even diehard fans would probably admit that CoD isn't quite what it used to be, it's still a massive draw.

We've already discussed some of the iOS and Android games that give us that Call of Duty feeling. But what about the real thing?

Here's what we would want to see from a proper Call of Duty game on mobile. But first, let's address the gun-toting elephant in the room...

There is a Call of Duty on mobile, you dolt

Yes, yes, we know. There is indeed a CoD game on mobile already. It's called Call of Duty: Strike Team, and it's actually a pretty good game.

But it's really a Call of Duty game in name and setting only. It splits the action between some barely functional FPS action and a top-down strategy experience. It's the latter that really provides the meat of the game, leading to something more akin to a casual take on XCOM or Breach & Clear than CoD. 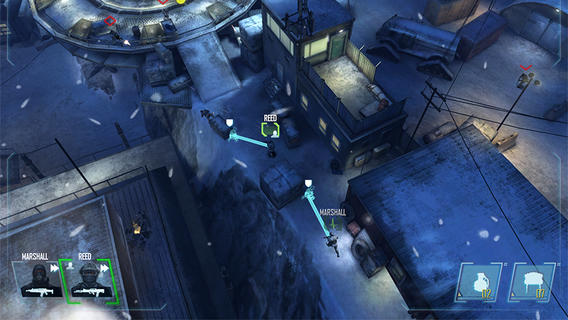 What's more, Call of Duty: Strike Team was made by The Blast Furnace, Activision's former Leeds-based mobile specialist team that has since closed down. This team wasn't involved in any of the console CoDs.

What we're speculating about here is a real mobile Call of Duty, made with the involvement of Infinity Ward (or Treyarch, or Sledgehammer). Here's a broad outline of what we'd like to see.

Thick of the action

Given what we just said about Call of Duty: Strike Team being better as a strategy game than a shooter, the first point to make is that a true mobile CoD should be all about the action.

Whether you're a fan or not, it's the responsive run-and-gun gameplay that really defines Call of Duty. No one really cares about the tiresomely militaristic universe or the plot. CoD doesn't do ambitious open worlds or nuanced strategic option.

Our first wish for a true mobile Call of Duty, then, is that it focuses on what the franchise does best - fast-paced close-to-mid-range gunplay.

That last point doesn't mean that a mobile Call of Duty would need to be a first person shooter in our view. That might sound sacrilegious to fans of the series, but allow us to elaborate.

There are some very good first person shooters on mobile. But the best tend to involve a certain simplification and streamlining of the core systems, and even then there's always a faint whiff of compromise in the air. 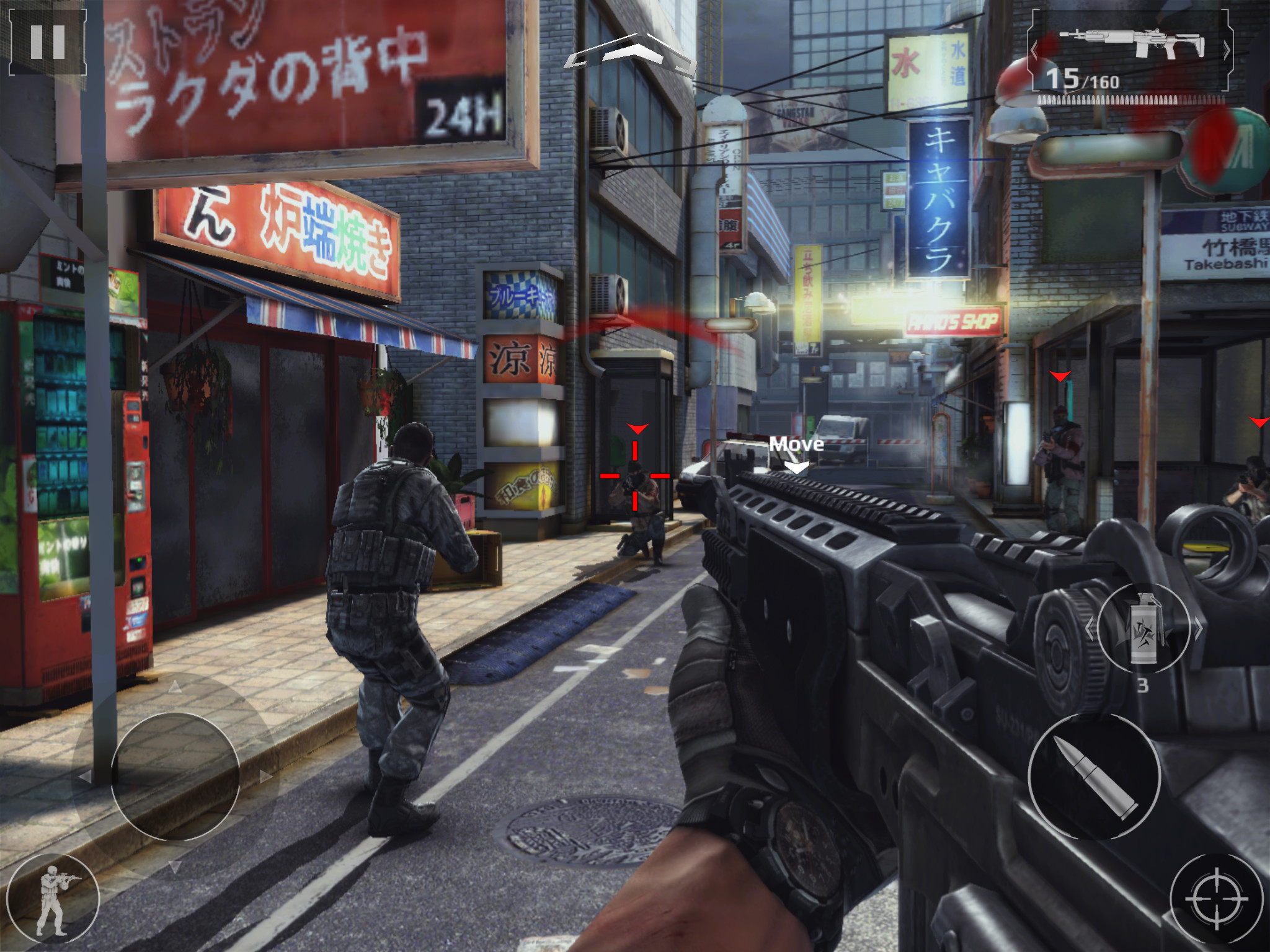 Also, there's a whole series of games that have dedicated themselves to emulating the classic CoD experience on mobile. We're talking about Gameloft's Modern Combat, a none-too-subtle 'tribute' to all things CoD.

The truth is that Gameloft has done very well in transplanting the formula to mobile. We don't doubt that a true mobile CoD FPS could improve on this, but it would be tough to offer something that truly stands apart from the Modern Combat series.

A more compelling case for a switch away from FPS in a mobile CoD comes from the example of one of the franchise's biggest rivals. We're talking about Halo.

Interestingly, there are already two mobile-specific Halo games out there in Halo: Spartan Strike and Halo: Spartan Assault. Both were made by 343 Industries, the current custodian of the mainline Halo console series, and both are excellent. More importantly, both are top-down twin-stick shooters. 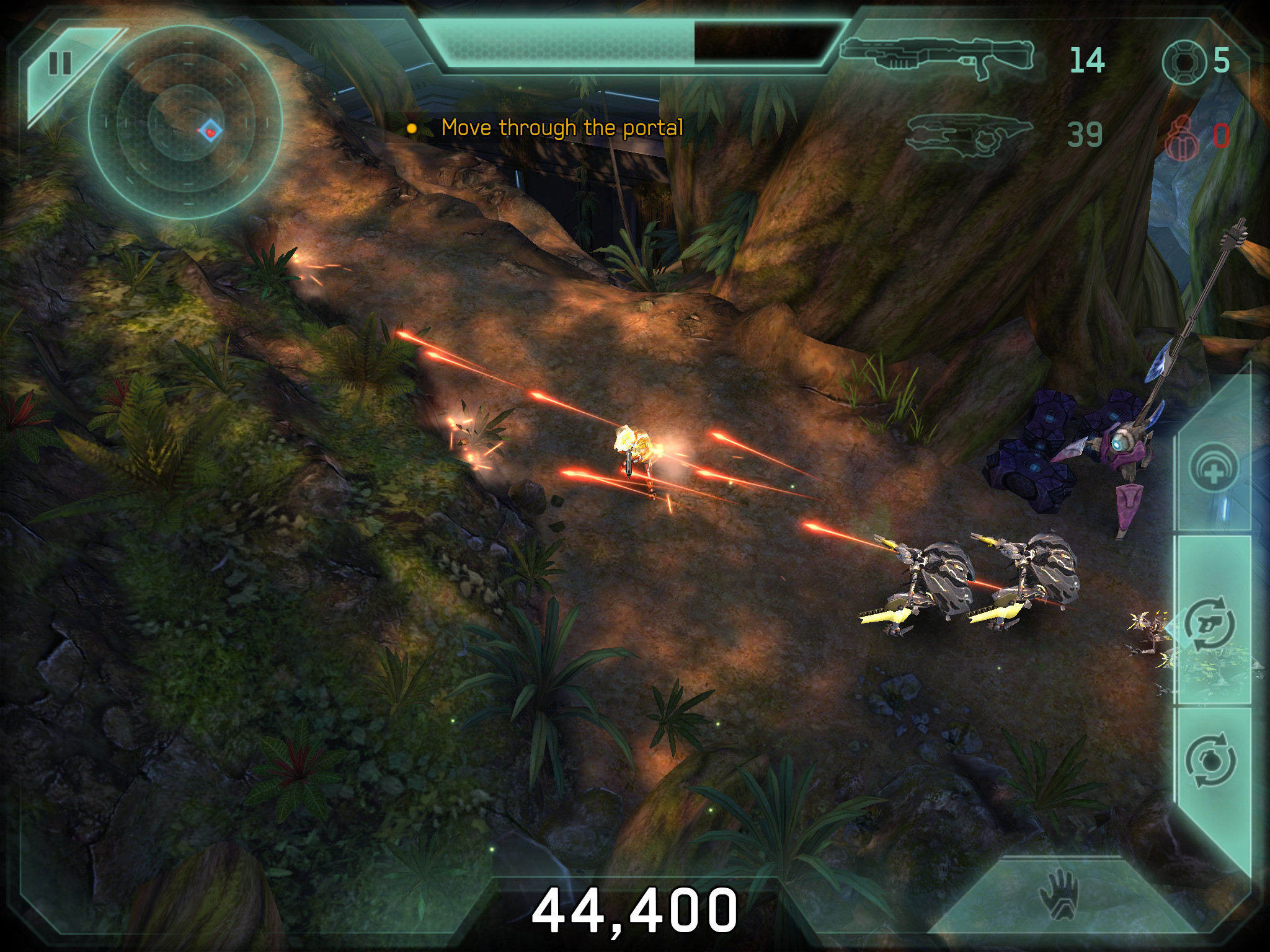 This was a carefully considered choice aimed at preserving Halo's distinctive FPS qualities whilst making it intuitive to play on mobile. By taking the need to aim, move, and shoot simultaneously out of the equation (which is often at the heart of mobile FPS problems), and by offering a wider view of the action, it feels native to mobile in a way that arguably no FPS does.

Also, the mobile Halo games feature compact levels that can be completed in just a few minutes - another thoughtful concession to mobile play.

Of course, there are issues with the prospect of a CoD twin-stick shooter.

The Halo universe is completely different to the CoD one, and its levels are wide open outdoors environments. CoD, on the other hand, is all about tight corridors. Fights take place from street to street and room to room.

Also, while Halo has adopted CoD's down-the-sights system in recent iterations, its origins lie in a more free-firing form of combat that translates better to the twin stick template. A twin-stick CoD would lose the quick-scope appeal of the core series. 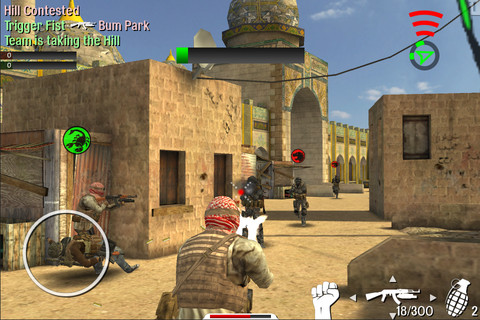 Another possible issue is that the heart of CoD is competitive online play. It's never had the epic single player campaign of the Halo series, despite the developers' best efforts. Would a competitive multiplayer twin-stick shooter have the required precision to create an engaging experience? Possibly.

Another option would be something of a compromise of sorts. We're thinking perhaps of a third person shooter that gives something of the more forgiving controls and perspective of a twin-stick shooter along with some of the close-up precision of an FPS.

Again, there is a mobile precedent for this in Trigger Fist and, more recently, Afterpulse. Both are frenetic online-focused shooters that have opted for a third person shooter approach. Trigger Fist (pictured above) in particular simplifies the controls significantly with a single aiming axis. Again, both are excellent at what they do.

We'd like to see a mobile Call of Duty that preserves the console franchise's tight action, possibly by ditching the first person perspective. The example of other mobile games has show that this could potentially take the form of a single-player zoomed-out twin-stick or a multiplayer-focused third person shooter.

What do you think? Would you accept such a switch of perspective, or do you think a true mobile CoD has to be an FPS? Share your thoughts in the comments below.