You'll remember from a few weeks ago that Google revealed the Pixel and Pixel XL, and they also gave us a look at their own VR headset, Daydream VR. Now we've finally got the low-down on all of the delicious details we've been waiting for. 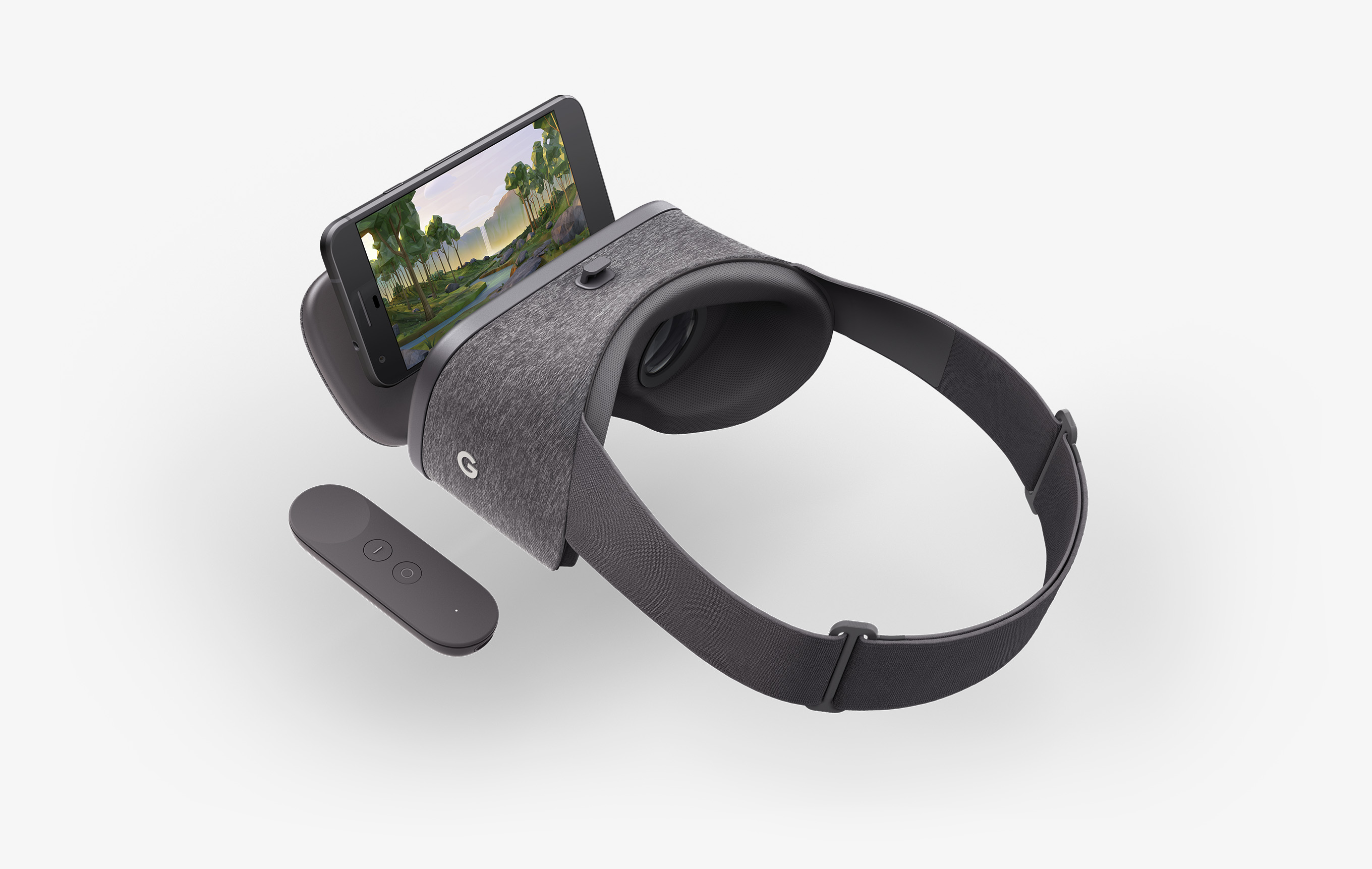 The Daydream is Google's Gear VR, except slightly better according to them. Rather than building the structure out of hard plastic the body of the Daydream is made out of a very cushy combination of materials and foam padding, making it the cosiest of the lot. Plus, the neat little sensor/controller is a cracking edition to make VR games feel more interactive.

It looks like we don't have long to wait to get our hands on one as the Daydream is hitting stores next week, the 10th November. Get ready to delve into YouTube VR, Google Play movies, Hulu VR, and a ton of exciting apps and games built specifically for the headset. Oh, and you get to be a wizard in Fantastic Beasts and Where to Find Them.

If you live in the United Kingdom (£69), Canada ($99 CAD), the United States ($79USD), Germany (€69), or Australia ($119 AUD) and have a Daydream-ready phone (so either a Pixel or ZTE Axon 7 so far), then congratulations, you'll get to make the rest of us very jealous. Check out the list below to see where you can get it come release day.

Football Manager 2017 - When will we get to play it on mobile?