Enemies approach, as monstrous mages and mini-bosses fire spells from the back ranks. You face this encroaching horde with shield and...not a sword, but a ball of energy, that can ricochet between creatures to wipe out entire hordes. That's The Lost Shield in a nutshell, taking that familiar aesthetic of an old school RPG adventure and imbuing with the arcade fun of Breakout.

If there's one aspect where The Lost Shield succeeds, it's in its smart blending of the two disparate genres. A large variety of fearsome foes await, as well as deadly bosses that require dodging and positioning to evade their attacks. Your hero below replaces the classic paddle, flanked on either side by powerful warriors that can unleash magic blasts or spears or other attacks.

Each themed collection of stage features unique enemies and hazards, and collected coins let you upgrade your paddles and power-ups.

The Lost Shield at its best is a frantic game of evasion and last-second saves and power-ups filling the screen with cloned balls and companion attacks. As with any brick breaker, seeing your ball obliterate an entire section of enemies can be very satisfying. 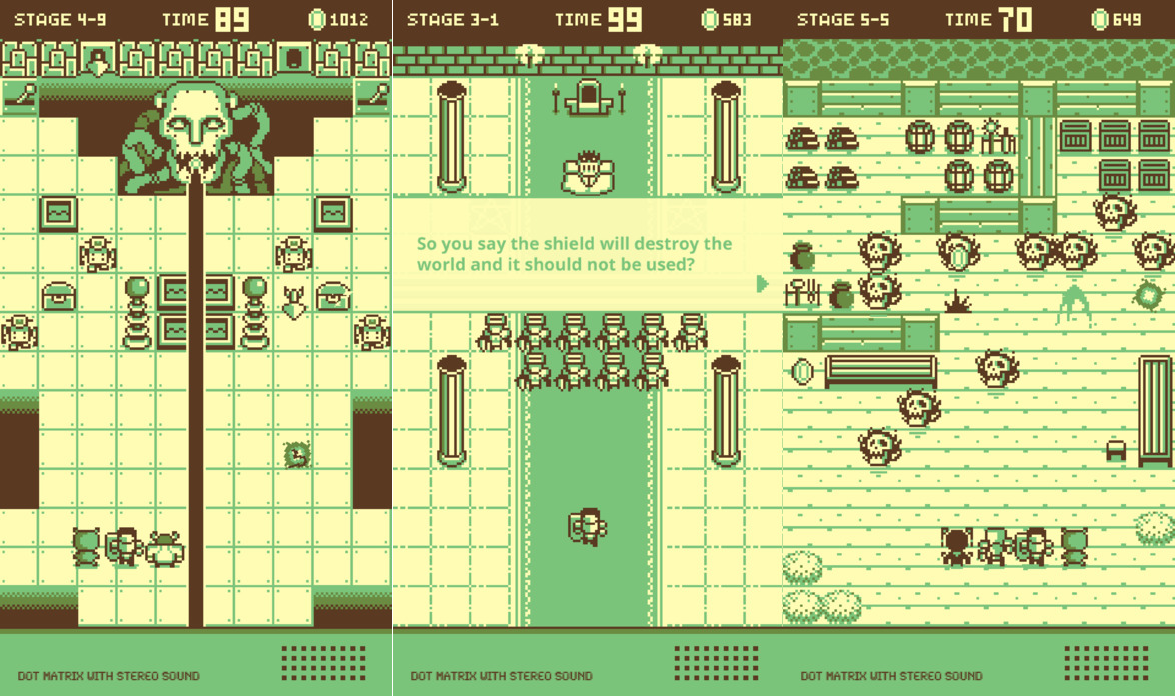 But unfortunately the combination of genres is where The Lost Shield also falters. Your party is your paddle, and with each missed ball, your paddle shrinks until only your hero and his shield remains. This wouldn't be a problem if the game's controls and physics weren't so finicky, often leading to lost balls as they bounce in odd and random ways.

More often than not, your party may shrink not because of enemy attacks but by missing a ball due to an unpredictable bounce. That randomness can led to frustration as well, as you hope for the ball to ricochet in a helpful manner or that you'll be able to reach it in time when it bounces back towards you. For a game partially dependent on precision due to boss attacks or needing to hit specific objects, that randomness can seem at odds with your level objectives.

A unique blend of genres hurt by frustrating physics and other issues
By Christian Valentin
| Oct 29, 2016 |
iOS
Find out more about The Lost Shield

Win an iPad Air 2 thanks to Devilian, the upcoming Dark Action RPG from Gamevil

[Update] The Lost Shield is a Zelda-esque brick-break 'em up, out now on iOS