Dashy Crashy Turbo, the much-expanded update for Dashy Crashy, easily fought off the competition to win this year's Big Indie Pitch at Apps World - and it thoroughly deserved it.

If you loved Dashy Crash, then you'll be pleased to hear that Turbo is more of the same - just much bigger.

You're still racing along a motorway, avoiding cars and speeding to boost your score. But you've got new vehicles to unlock, each of which comes with its own minigame.

These range from delivering pizzas to abducting vehicles in a UFO, and you'll boost your score if you're successful in your endeavours. 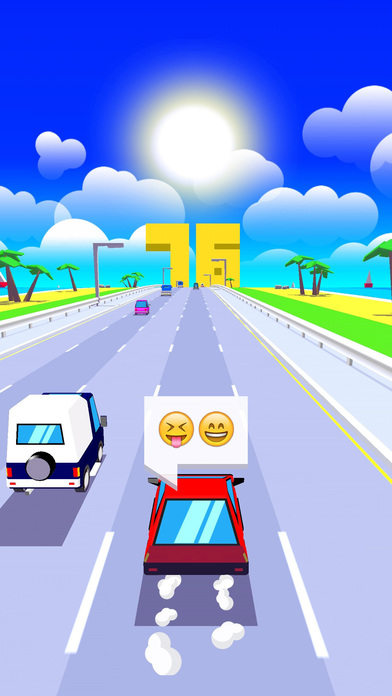 You can also unlock modifications for your collection of cars, discover secret cars while racing, win medals, and a brand new UI that's much slicker than before.

But most importantly, the new version has a new name which it has thoroughly earned - Dashy Crashy Turbo.

So congratulations to the developers on winning the Big Indie Pitch and good luck with the launch of this exciting new update!