Flappy Golf 2 is pretty darned great. It's like a B-side remix that somehow takes a song you already love and casts it in a new light.

It requires a very different skill-set to Super Stickman Golf 3, though. Rather than a gradual, considered approach, here you need some skilful manipulation of those two on-screen buttons if you're to bring home the gold stars.

If you're just starting out on the road to Flappy Golf 2 mastery, here are a few things we've picked up.

Do you have any tips to add? Be a good sport and let us know in the comments below.

Look before you flap

Before you start, look around you by touching and dragging on the screen. As you move through the game, you'll find increasingly complicated levels with multiple routes to the flag. You'll also encounter levels with moving elements that require careful timing on your part.

In order to score golds and silvers, you'll need to complete the hole in relatively few flaps. The key to this is momentum.

Your first flap won't move you very far at all, but subsequent taps, timed properly, will accelerate and elongate your flight path.

This works both ways - sometimes momentum can work against you, such as when you're aiming for a small gap close to the tee-off point. In such cases, tapping multiple times close together will nudge your ball forward without building up too much momentum.

The best thing you can do in the early levels, then, is to get a feel for the weight and heft of the ball. 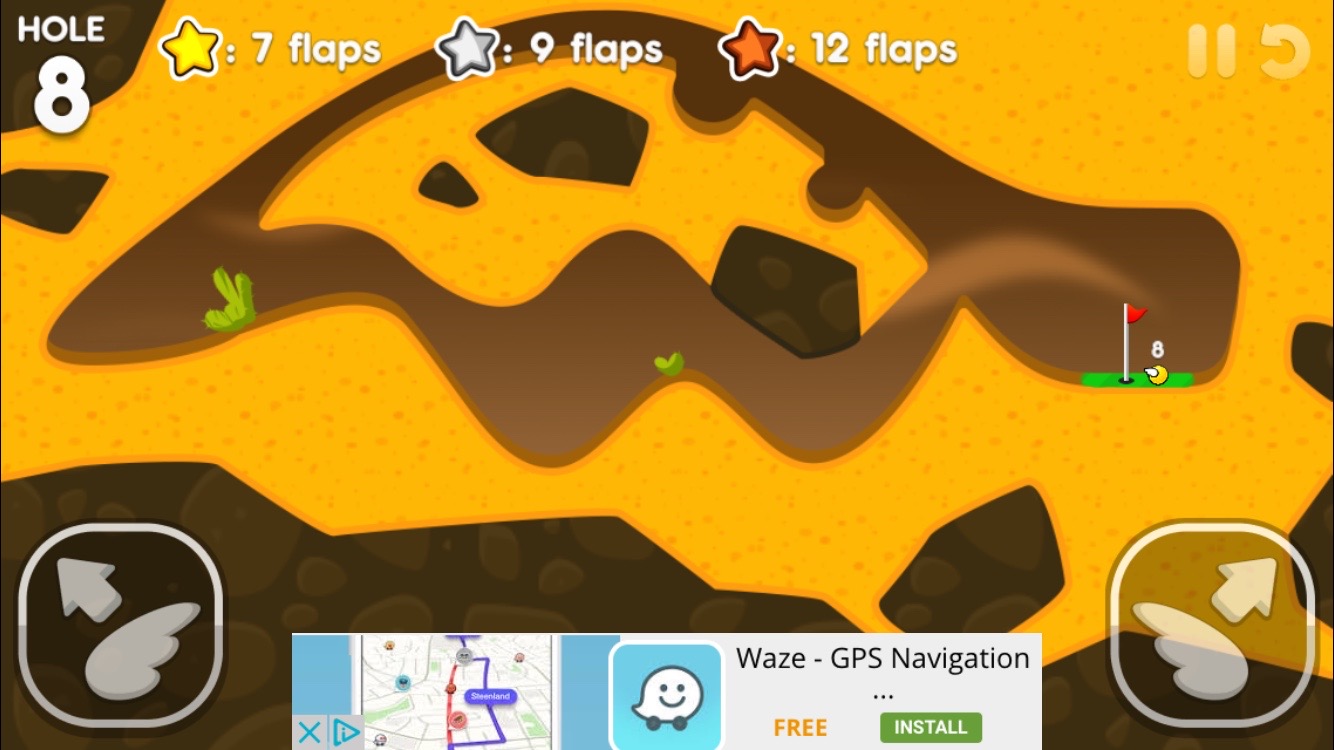 Use the level furniture

You can often 'buy' yourself the equivalent of an extra flap by using the level furniture around you. Try and drop the ball from a height onto the lip of a bump, or at the top of a hill to earn free passage forwards.

Those sticky pink patches on the third world can absolutely kill that precious momentum we mentioned above, but it can also be used as a base with which to reset and push off from.

You can't win a gold without ignoring a few eggs, as the saying almost goes. They're typically well off the path you need to take.

Collecting those eggs should be a matter for its own separate run - you can take as many flaps at it as you like, and it counts towards your collection total immediately. You don't even need to complete the hole. 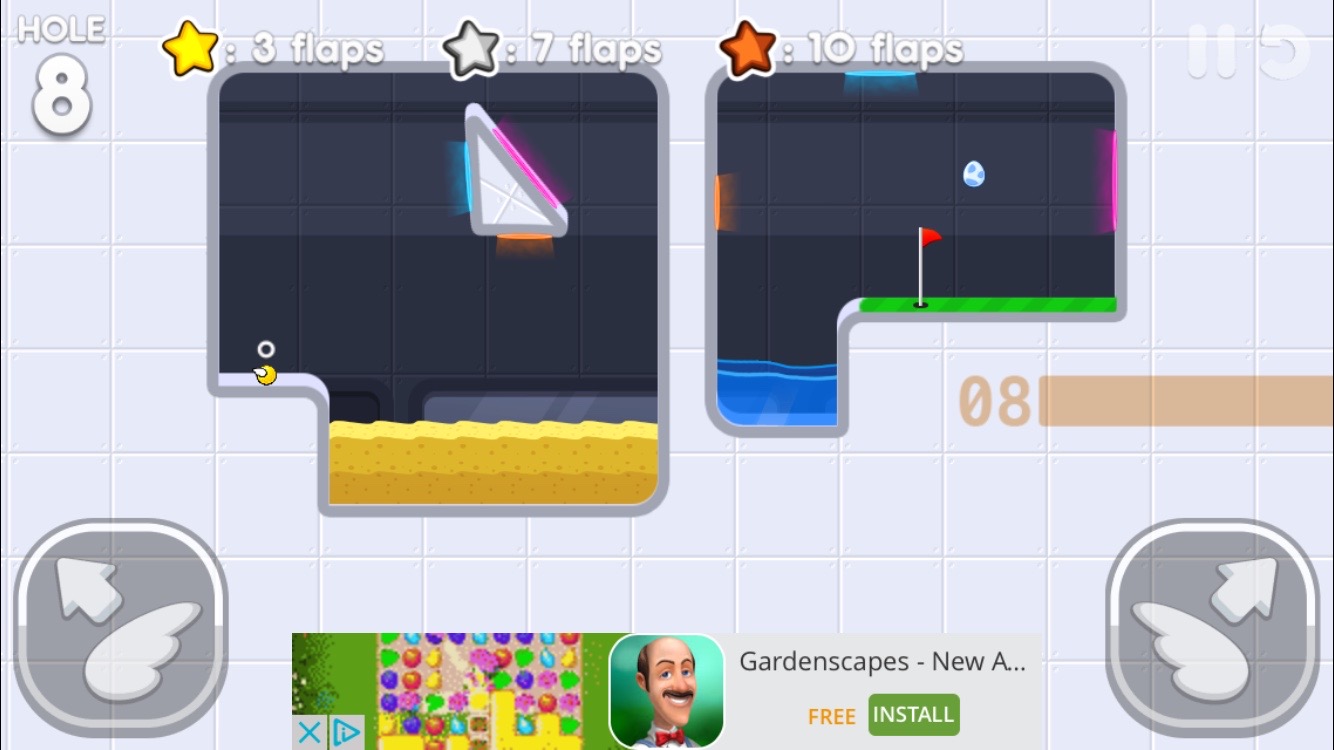 Once you're on the green, you're limited

Keep in mind that as soon as your ball lands on the green, the 'flap' controls will switch to a far more limited - and limiting - putt system. If you need a bigger nudge, take an extra tap before you touch down.

You can also use these putting controls to your advantage on levels that see you fired at the green at great pace, such as in Portal Land. As soon as you hit the green, use the opposite direction to check your speed.