There’s something eminently likeable about Flappy Golf 2. It takes the ideas of Noodlecake’s Stickman Golf series and then folds them into a simple two touch mechanic, in the process creating this reasonably exotic hybrid.

But more than exotic, it’s entertaining. Poking your way through its little levels is a lot of fun, and competing with friends in the multiplayer mode is the icing on an already particularly filling cake.

If you’re looking for an arcade game with more than the usual amount going on, then it’s well worth checking out.

The game gives you two buttons and a golf ball with wings. Tap the button on the right and the ball flaps up and to the right, flap on the left and it’ll flap up and to the left.

Using these simple controls you need to complete some golf courses. There’s no par, per se, but a star scoring system based on how many flaps you use to get to the hole. 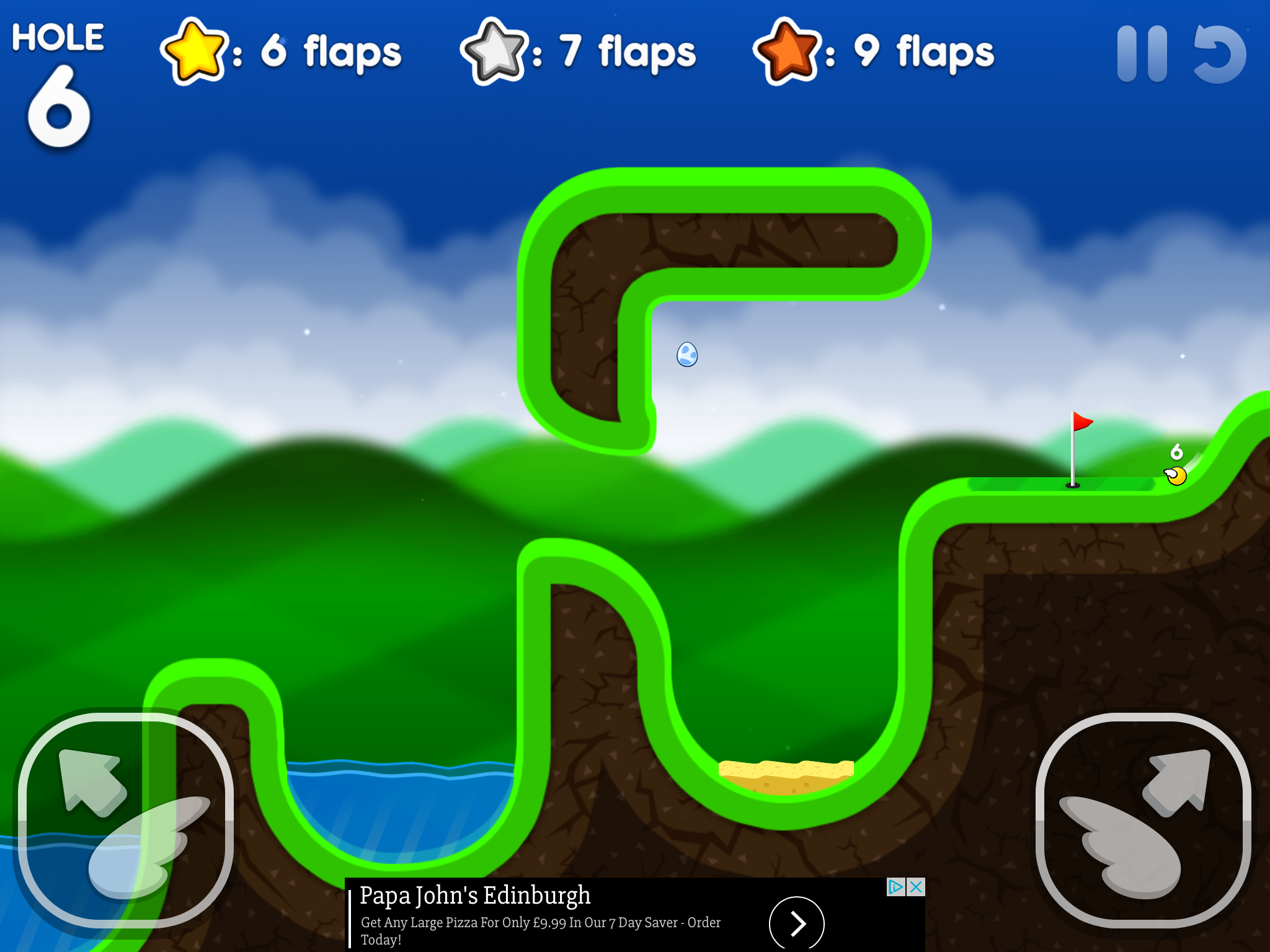 This being a mobile arcade game there’s stuff to collect as well. And while there’s a lot for the completionist to do, all of the levels are open from the get-go, meaning if you get stuck you can just try something else.

There’s a daily race as well that lets you challenge players from around the world on a specific course. Finish first and you’ll win a prize. Which is nice because winning things is nice.

Then there are the multiplayer modes. You can play against friends in the same room by linking your devices, or join up with players from around the world for an online race.

The frantic nature of the game really comes to the fore (sorry, terrible pun) when you’re playing against other people rather than just trying to beat yourself. 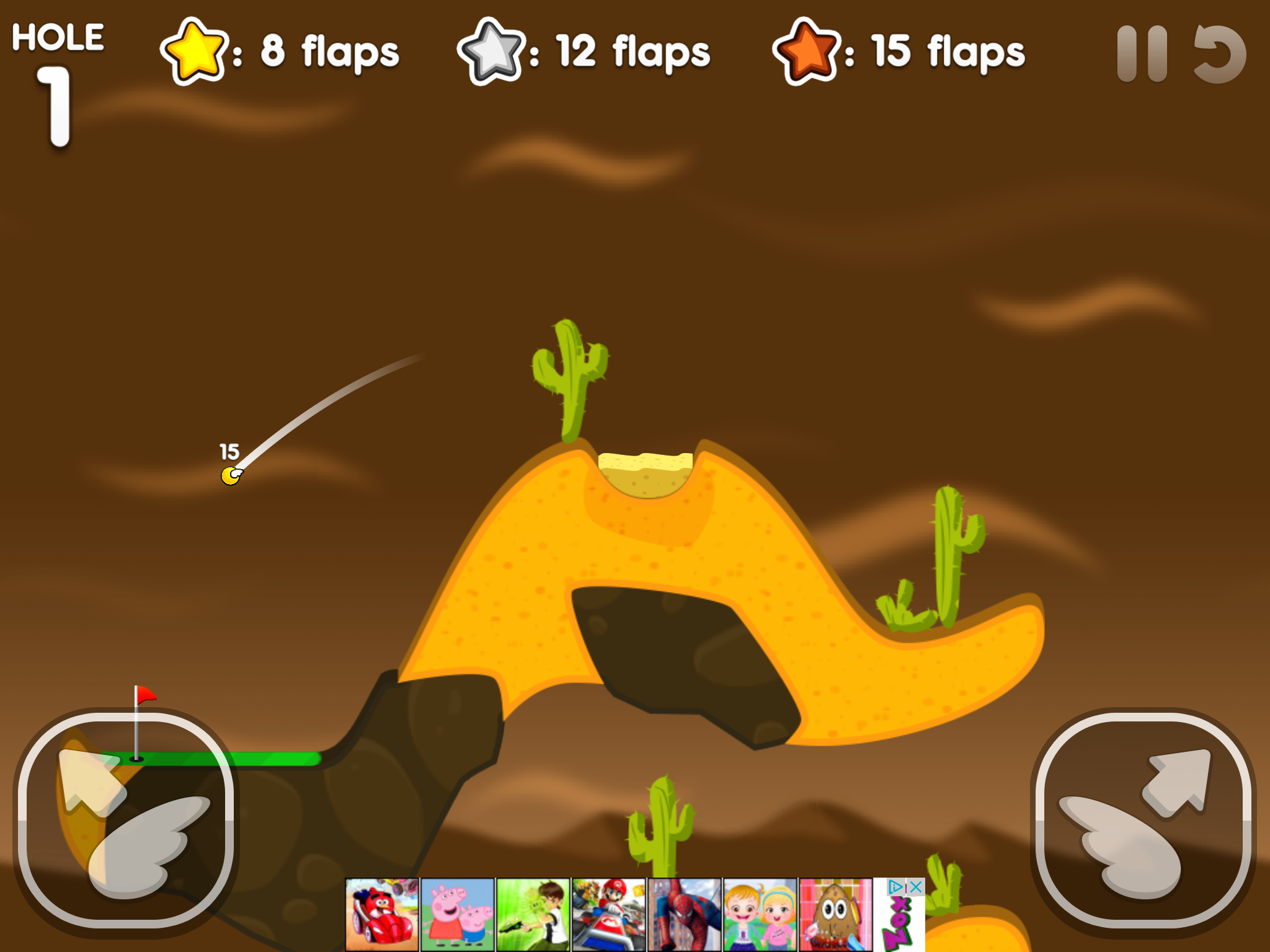 The end result is a big squidging together of nice ideas that sort of flobs around in your brain like jelly settling in a bowl at a party.

It’s not exactly chaotic, it’s not particularly challenging if you don’t want it to be, but you are going to have a good time playing it, and sometimes that’s all that really matters.

Flappy Golf 2 is an excellent sequel. It’s charming when it needs to be, funny when you’re playing with some friends, and is shiny and sweet just like you’d expect a Noodlecake game to be.

Plus there’s a lot of content here, and it’s not shy about letting you have a play around with all of its bits if you want to.

Pick it up, give it a go, then invite some friends round and cement for the rest of your lives an animosity that only trying to get a winged ball into a hole can produce.

A sweet blending together of mobile ideas that just sort of works
By Harry Slater
| Oct 13, 2016 |
iOS
Find out more about Flappy Golf 2