Some might think that calling your game something like Really Bad Chess is setting yourself up for a fall. Far from it in fact, because Really Bad Chess really is really bad chess. It just happens to be very good at it.

I realise that paragraph doesn’t make any sense, but if you bear with me you’ll discover that it actually does. Really Bad Chess is chess but broken. Take for example the game I played just before I sat down to write this review.

My opponent had 9 bishops. No knights, hardly any pawns and a few rooks. I had three queens, a handful of knights and an overwhelming desire to win. I did not win. I lost, miserably.

It’s probably too much of a verbose leap to call Really Bad Chess chess deconstructed. It’s more like chess put in a box, shook around, and then stuck on the floor for some kids to kick around.

The rules are still essentially the same - you need to get your opponent’s king in checkmate to win. And the pieces can move in the usual ways. But that’s where the sensible stuff stops. 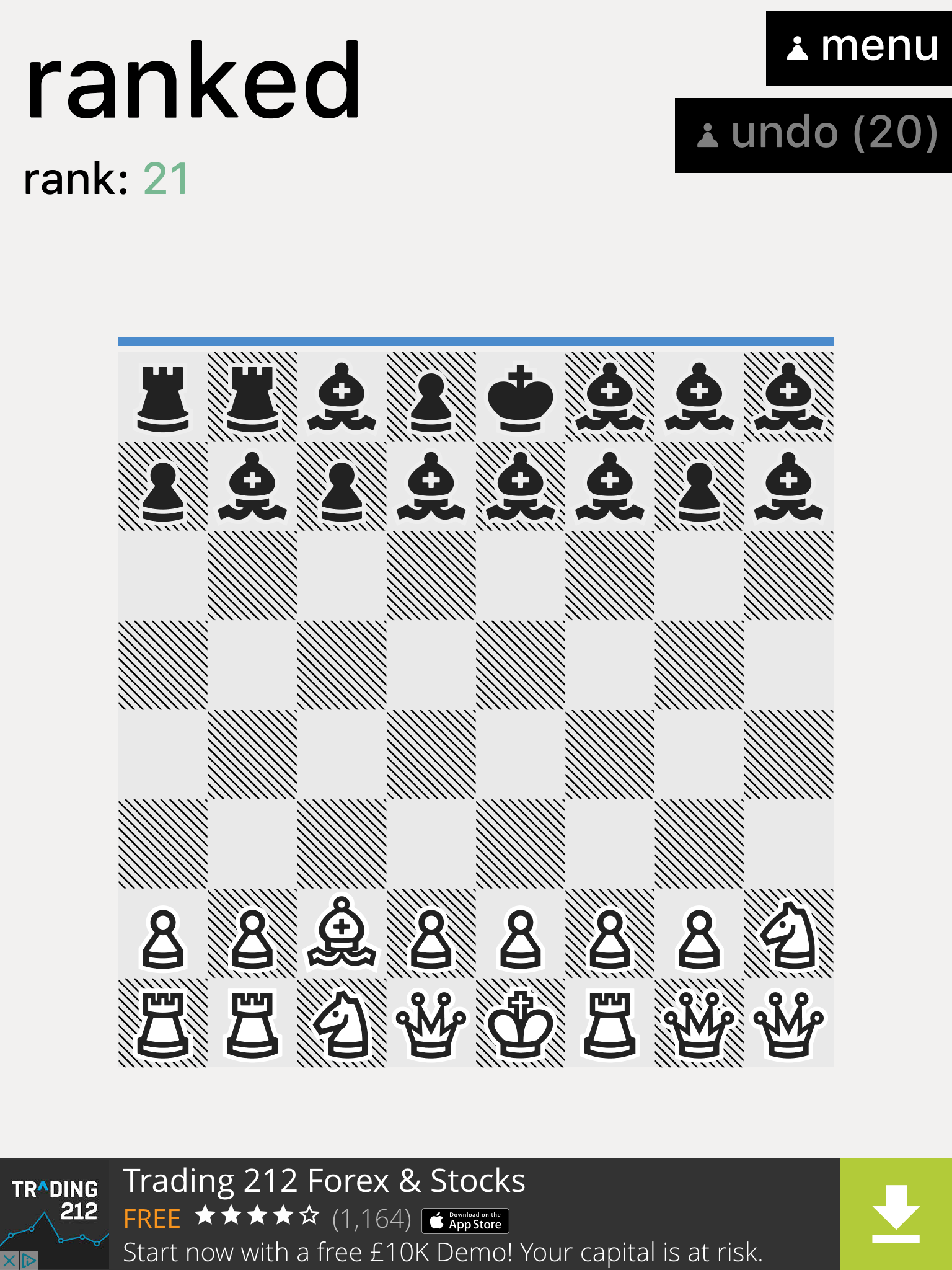 You move a piece by tapping it. This then highlights the squares on the board you can move it to. If you land on an opposing piece then you’ll take it. It’s chess, okay?

But you don’t get the standard allocation of pieces. Instead getting a hodge podge of various different ones that you need to use to try and conquer your foe.

You’ll only ever have one king, because quite frankly having two would be ridiculous, but everything else is fair game.

I’ve played with four queens and a bunch of pawns, or more rooks than I knew what to do with and a couple of knights. And it means that you’re constantly on your toes, figuring out new offensive strategies for each game you play. 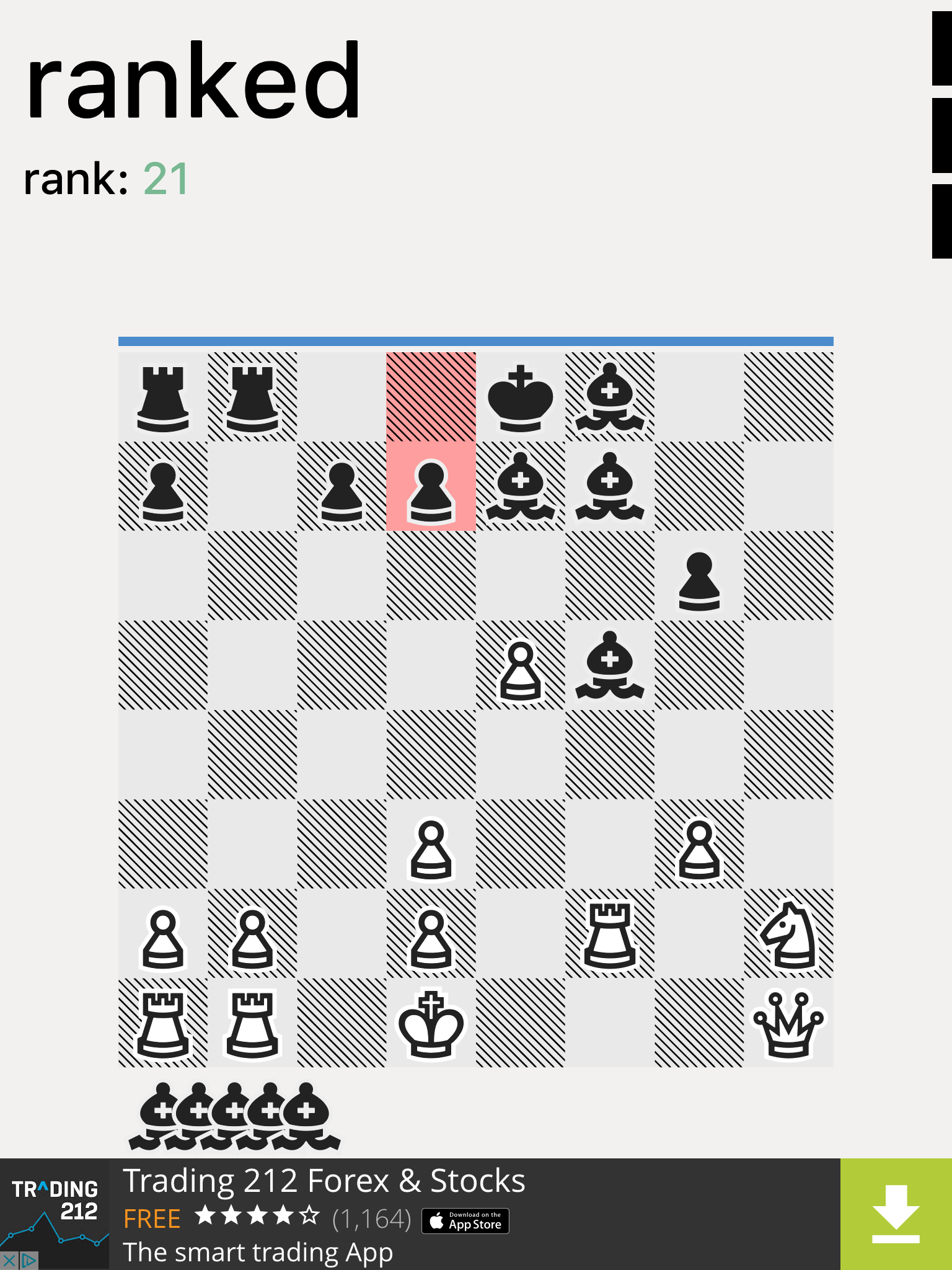 And it turns what could have been a standard, pretty ugly chess game into something a little more exciting.

There are no bells and whistles here presentation wise, just an easy to use interface and a whole blend of slightly strange setups tossed at you as and when the game feels like it.

Get it off your chess

There’s nothing worse than playing a game that feels stale before you’ve even had your first move, and Really Bad Chess sidesteps that problem with aplomb.

It’s brash when it needs to be, and despite that lack of visual polish it’s far from a strain on the eyes.

A silly, irreverent take on chess that somehow manages to be an awful lot of fun
By Harry Slater
| Oct 13, 2016 |
iOS
Find out more about Really Bad Chess

The moment you've been wheating for, I am Bread is out now on Android