Twisty Board review - Crossy Road but with a bit more freedom

By Harry Slater
| Oct 13, 2016
iOS
|
Twisty Board
Find out more about Twisty Board
Available on:

There’s a lot you can learn about a game from its name. Take Twisty Board, for example. You can probably guess that it fits into the Crossy Road school of gaming - simple, arcade-focused, and with a bunch of costumes to collect.

You can also figure out that it’s a game about boarding. That one’s pretty easy to be honest. It’s the twisty that’s the twist. Whereas most other games of this ilk are about tapping to move a single space, there’s a little more freedom here.

And that’s a good job, because when you’re being chased by rockets you’re going to need as much freedom as you can get your grubby pixel-chunk hands on.

Board of this pun?

The game sees you controlling one of a bunch of characters hovering on a hover board. Push the left of the screen to move left, push the right to - well you get the idea, don’t make me type it.

Inevitably there are coins to collect. Grabbing a load of these lets you unlock a new character. And that’s about it really. Or it would be if it weren’t for the rockets. 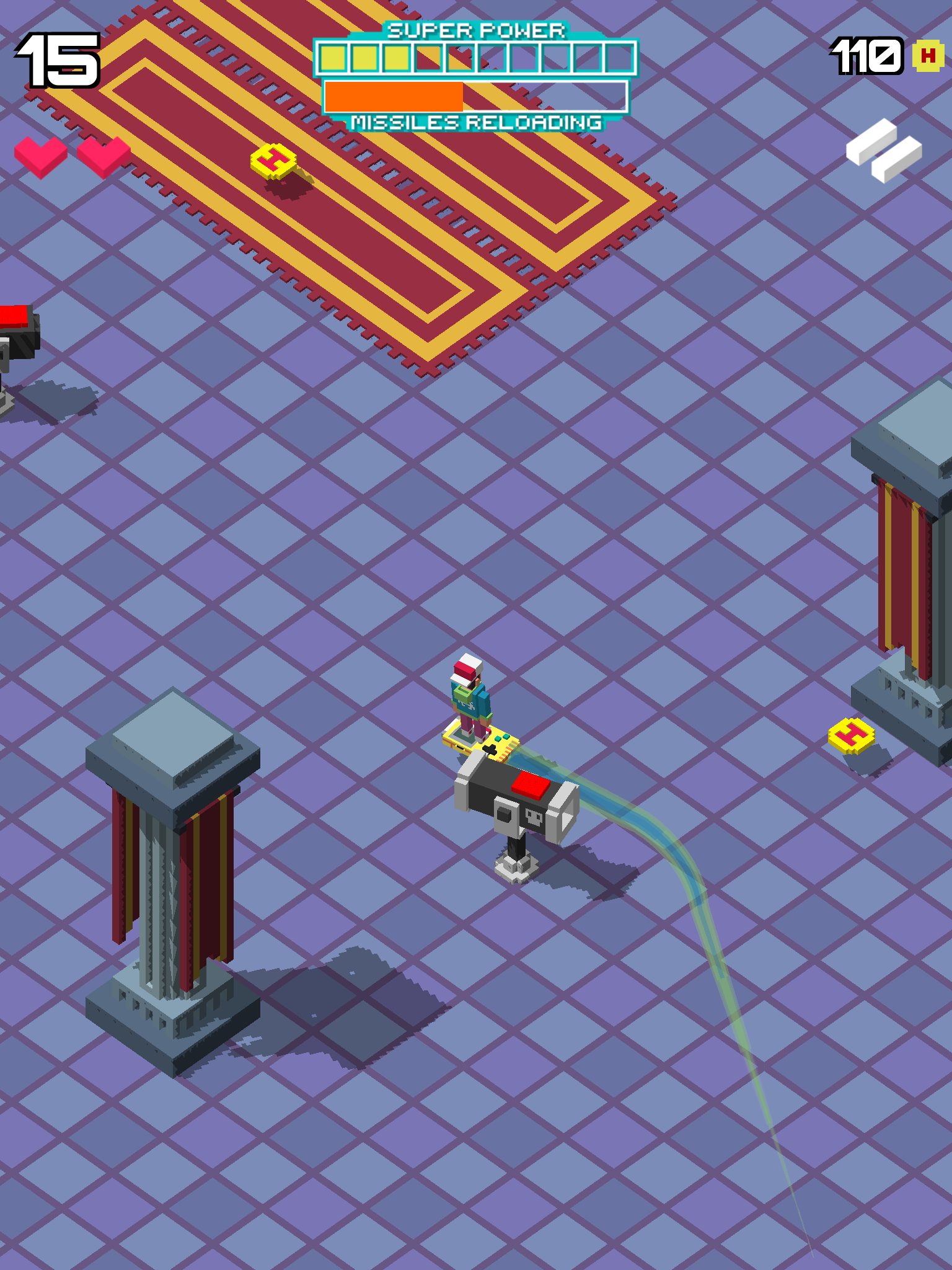 It’s these that make the game that much more entertaining. There are rocket launchers all around the level, and when they’re loaded they’ll pelt you with ammunition.

These rockets can move faster than you, but their turning circle isn’t as sharp, so you need to weave around obstacles in order to get the explodey buggers to hit something else before they hit you.

As well as avoiding the rockets, which kill you with one touch, you need to avoid pretty much everything else. Twonking a bit of scenery takes off one of your hit points. Smash into something else and it’s game over.

There’s a real feeling of space here though. Free of the confines of the always-forwards brigade, you can weave around, double back on yourself, and generally do whatever you want. Until you get all exploded. 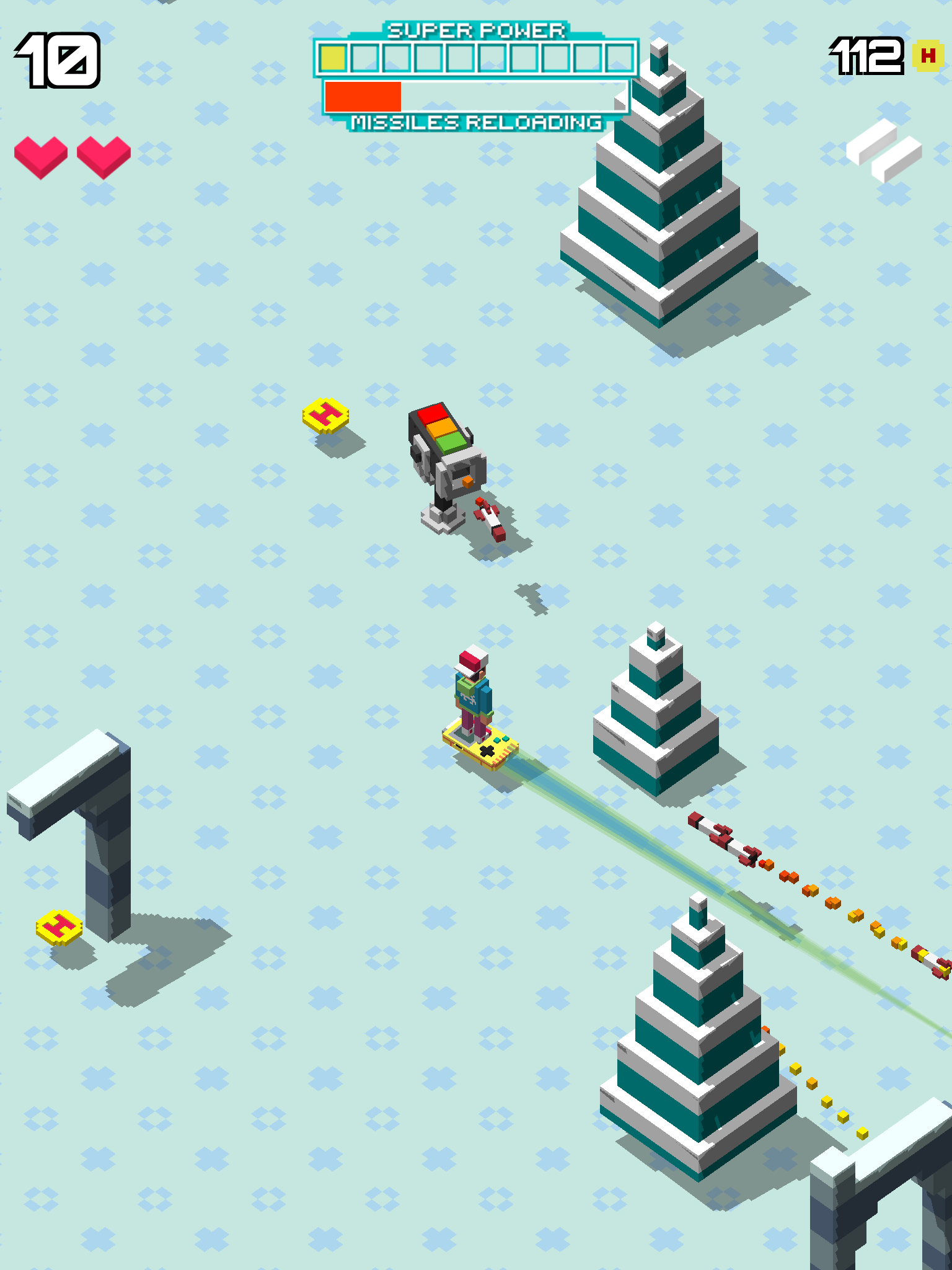 There are chests you can only unlock by making rockets crash into them. And the ordnance gives everything a frantic feel that would otherwise be missing from the game.

It gives the whole experience a little something extra, a little smattering of interest that allows it to poke its head slightly above the crowd.

That’s not to say Twisty Board is a must buy though. It’s still very much a member of the crowd, it just happens to stand slightly taller than all the other games that surround it.

If you’re desperate for as much simple arcade action as you can cram into your eyes and poke with your fingers then by all means give it a crack. It’s really good at what it does, and what it does is pretty interesting.

But if you’re sick of this sort of deconstructed mobile experience, then it’s not going to change your jaded and hate-filled mind.

Feed some hungry folk and dodge unusual traffic in Ding Dong Delivery, out now on iOS

App Army Assemble: Twisty Board - Is it just another one-tap high score chaser?