By Christian Valentin
| Oct 13, 2016
iOS + Android
|
Moveless Chess
Updated 13th of October, 10:10 AM: Play chess with your mind...or rather, through smarts and strategy as Moveless Chess is out now on iOS and Android.

Grab the game free-to-play on the App Store, or on Google Play now.

We talked about Moveless Chess last month, but now Beavl has revealed that their chess-themed puzzler is releasing on mobile on October 13th.

With limited action points, you'll have to strategically transform pieces to trap and eventually capture the computer's king. 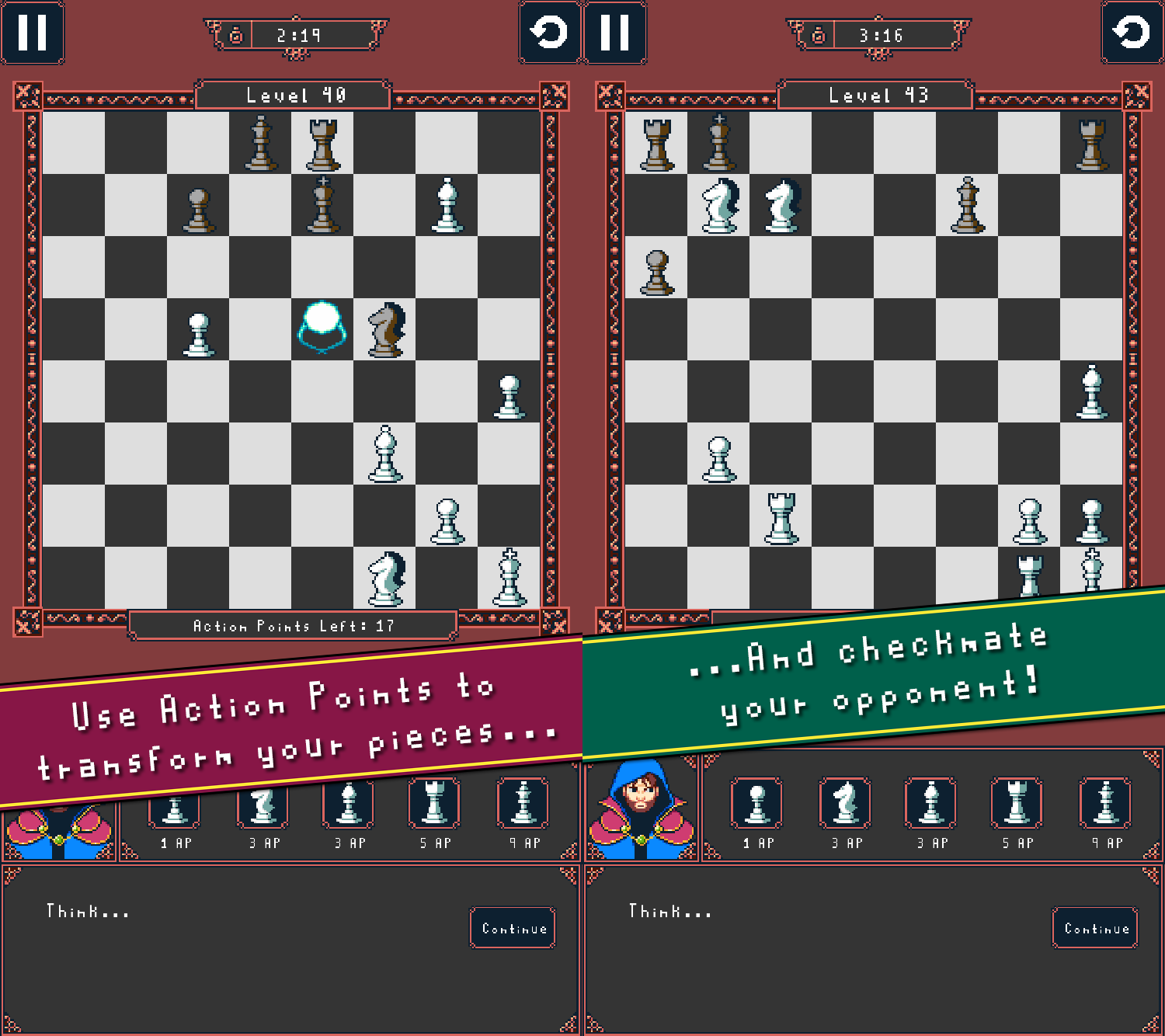 The game will launch with 64 challenging levels, as well as in-app purchases to remove ads and game timer.

Twisty Board review - Crossy Road but with a bit more freedom