After anxiously waiting for news on The Elder Scrolls: Legends, Bethesda's ended (some of) our suffering as the game's soft-launched on iPad in Canada.

The Elder Scrolls: Legends is a legendary card battler revolving around turn-based matches between two opponents. Drawing on the lore of the franchise you need to play it smart and build your deck appropriately to defeat your rivals. With the option of single or multiplayer campaigns now's a great time to start mastering the game.

No, it's not 100% released just yet but it's a start. Since its PC open beta back in August, we've been wondering when the mobile version would be released. Hopefully this testing means we're close to having it in our laps this next month.

If you're a Canadian dweller grab the game on the App Store now, or if you're outside of the catchment area but still want to play check out our article on how to make a foreign iTunes account. 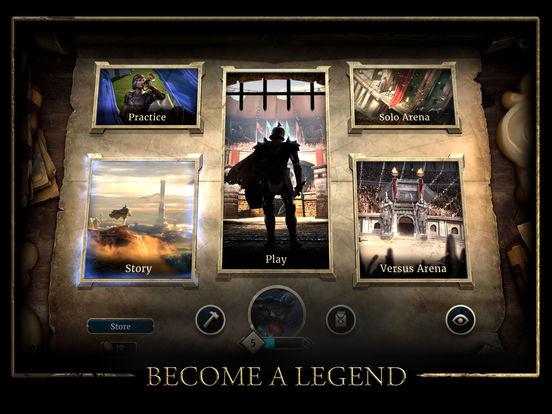