Badland-meets-Super Meat Boy in the intense platformer Shadow Bug Rush, out now on iOS and Android

Successor to the cracking platformer Shadow Bug, Shadow Bug Rush dropped on iOS and Android earlier and it's every bit as epic as the first game. 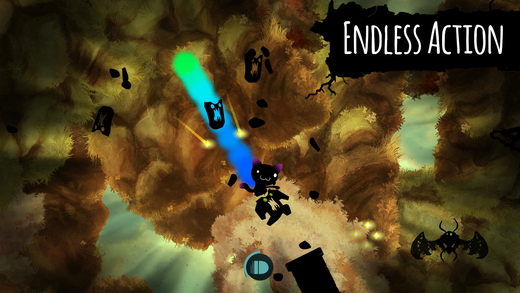 The Shadow Bug series is kind-of like a few games rolled into one – Badland, Super Meat Boy, even a little Ori and the Blind Forest thrown in there. Following on from the first in the series, Shadow Bug Rush offers up random and apparently endless levels for us to enjoy hacking and slashing through whatever stands in our way.

With a ton of unlockable characters, dozens of killer obstacles to face, plenty of enemies to kill, and power-ups to claim, this ninja-licious game dials the volume up and provides hours of intense gameplay. Not to mention a ceaseless competitive drive as you can compete against other players on the online leaderboards.