Maximum Car is basically Burnout for mobile. If Burnout was a chunky pixelled mix of Chase HQ, Mario Kart and, er, Burnout.

It's fast, it's furious, and it's funny. And the entire time you're shredding around its gorgeous summery tracks you'll be grinning from ear to ear.

This is a game that throws explosions at you with giddy aplomb, that revels in near misses almost as much as it does in destruction, and it's a right rollocking giggle at the same time.

The game sees you taking on the role of a new street racer, who spends most of the game saying funny things and crashing into trucks. Well, they do when I'm in control of them.

You're in control of the steering of your car, tapping left and right on the screen to turn the corners the various tracks throw at you. You're also in control of two other things - your rockets and your boost. These do pretty much exactly what you'd imagine they do. Explosions and making you go super fast.

Then there's the drifting. When you're steering you can tap on the opposite side of the screen to start a drift. Throw in a boost and some reckless driving and you can keep that drift going for a long while.

And you'll want to, because you'll earn cash while you're doing it. You'll also get money for overtaking, near misses, and blowing things up.

That's where the fun stems from. Because you want to push everything as far as you can, skimming the sides of other cars, drifting for hundreds of metres, and going really, really, REALLY fast. 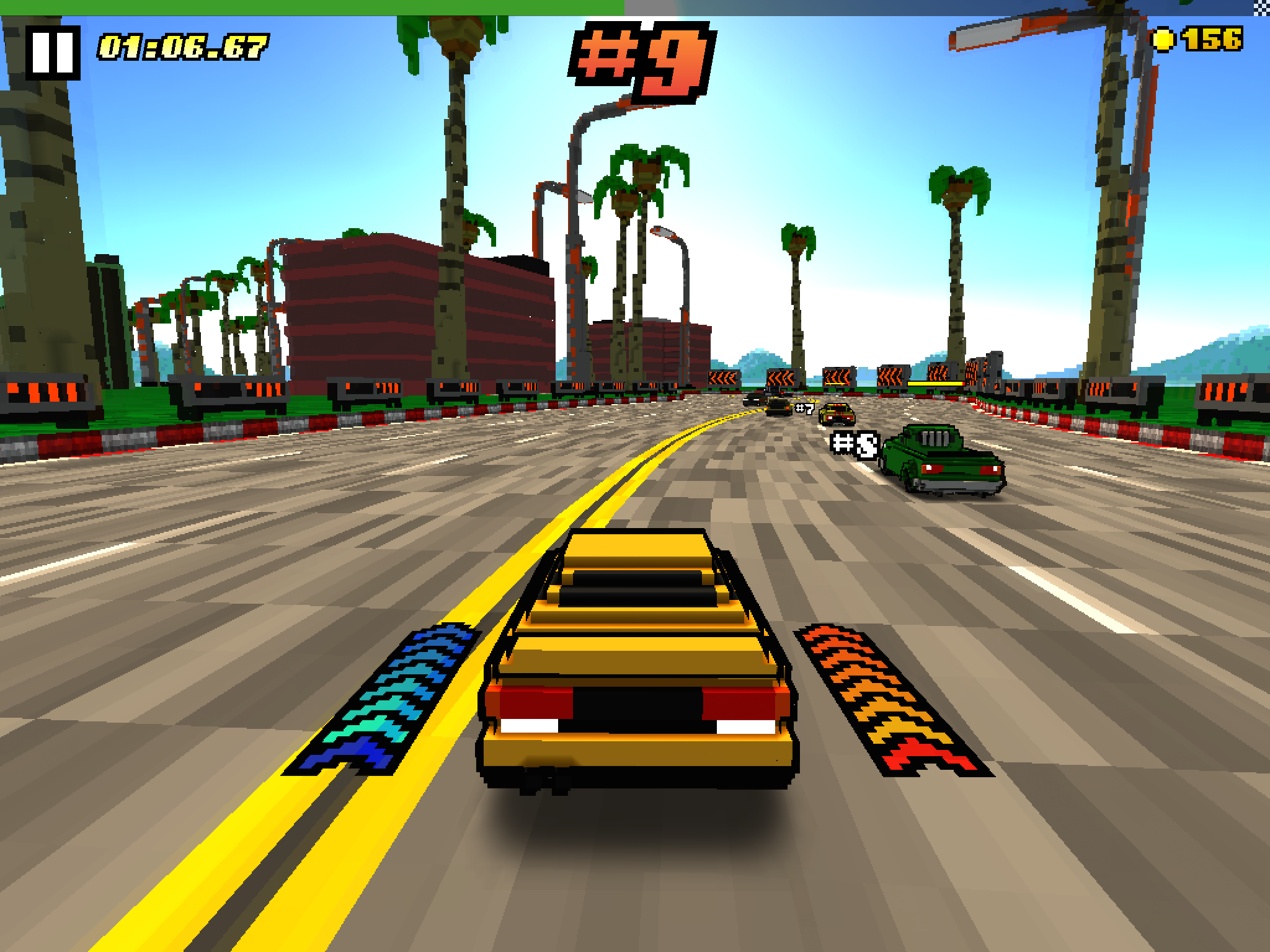 This is about as far from your po-faced racing sim as you can get. It's all blue skies and bright colours, big red cars and spectacular explosions.

Sometimes it feels like games have forgotten about fun. They're serious or compulsive, addictive or cleverly designed, but when you get down to the bones of a lot of them you'll find they're lacking.

Maximum Car is very much the opposite of that. It's a game that places enjoyment front and centre. And the whole time you're playing it you'll be super glad that it does.

A bright and garish racer that's fun in all of the right ways
By Harry Slater
| Oct 5, 2016 |
iOS
Find out more about MAXIMUM CAR

How not to Burnout in Maximum Car - top tips and tricks