Flying the flag for mobile

When it comes to blockbuster mobile titles, they don’t really come much bigger than The Banner Saga 2. A tactical RPG with a detailed storyline, complex characters, and hours of gameplay – it’s unsurprisingly winning a lot of fans since it was released last month.

So we’ve spoken to John Watson, Founder & Technical Director behind this mobile epic, on a range of topics - including what the title offers over its predecessor, the challenges in developing the game, and what the future holds for The Banner Saga universe. 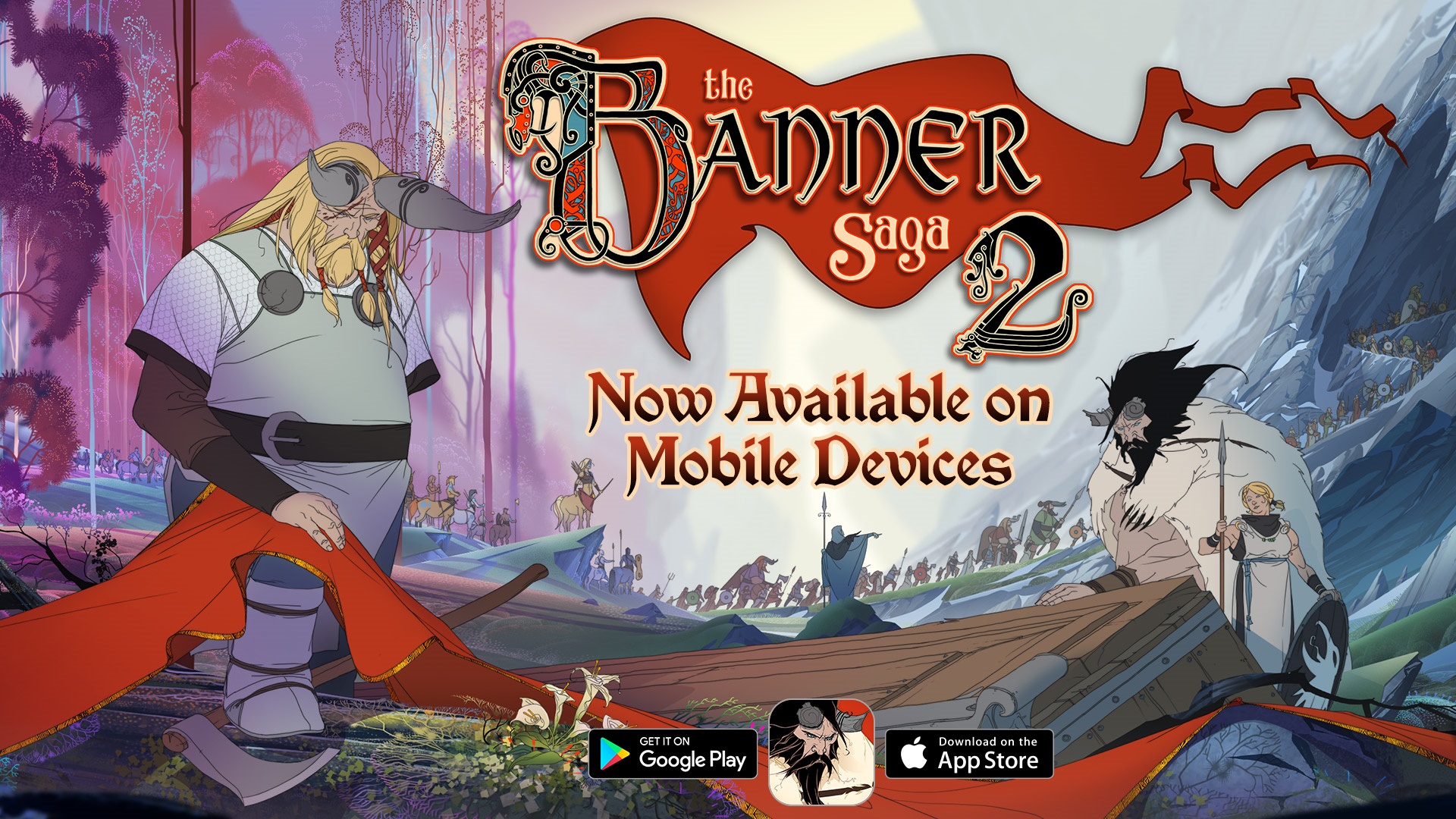 Pocket Gamer: What do you think Banner Saga 2 offers that you can’t get from any other title on mobile? John Watson: "The Banner Saga 2 offers an immersive, mature, story experience that can pull you in like a good film, television, or book series. We think that it is very well suited to the touchscreen medium, especially on the beautiful high density screens. The turn-based tactical combat is something that we are proud of as well, and feel that this sort of gameplay is a natural fit to touchscreens. We are inspired by other mobile titles with strong storytelling, and are proud to be on the same platform, while delivering our own unique style and saga." What does the game offer that the original does not?

"Banner Saga 2, the second part of the trilogy, offers you a way to play not only the heroic point-of-view character (Rook and Alette), but also a mercenary character of more dubious ethics and motivation (Bolverk). This contrast provides a storytelling experience that the player didn't get to see in the original Banner Saga. Banner Saga 2 refines and expands combat. In addition to the dozens of new character classes and abilities, we've added a talent system, dynamic battle objectives, destructible barricades, stealth mechanics, and many other combat upgrades. We've also improved the resource management, allow you to train clans people into fighters, and clarified the effect your unnamed fighters have on the larger 'war' scenarios where your entire caravan is under attack."

Can people who have not played the first game get to grips with this sequel easily?

"Absolutely. We created Banner Saga 2 to be self contained. We bring you up to speed with the characters without overwhelming you with backstory that may not be immediately necessary to understand. We provide a series of in-game tutorials that gently explain the combat mechanics. However, if you play Banner Saga 1, your depth of understanding of the characters will be increased, and you can also import your save games, which allows you to basically pick up where you left off, with the same heroes and choices following you through the trilogy."

"One of our ongoing challenges is making a game of this scope with such a small team. We had 4 full time people working on Banner Saga 2. We employ outside contractors to help us with tasks such as porting and testing, and of course partner with people like Austin Wintory to do the amazing music, and Kpow to do the sound. But the day-to-day work is handled by a very small number of people. The workload can get quite overwhelming, which can lead to impossible schedules and chronic overwork (crunching). One of our biggest challenges is finding the right balance between what we _want_ to do and what we _actually can_ do. For Banner Saga 3 we've brought on our 5th full time team member, a Producer, to help us do our development in a more predictable, smooth, and sane way."

"Regarding the entire series, I am personally proud of the way we have created a unique and compelling world that players really resonate with. I think that we've done a good job of 'world building' which means creating a believable world with lots of character and details, with details that appear up close and personal at times, and details that recede into the horizon. These nuances hint that there is much more to be learned, and suggest an undiscovered depth of experiences beneath the immediate interactions you are engaging with.

Regarding the second part of the trilogy, Banner Saga 2, I am particularly proud of the way we have integrated the storytelling more seamlessly into the battles. Many battles have dynamically changing situations, heroes and enemies communicating with you, and seem more in tune with what's going on outside the battles."

"PlayStation Vita has been in progress for some time, and we hope to see that released soon. Since we're already on mobile, we'd also like to branch out onto the various TV offerings that are built on top of Android and iOS (tvOS).

Our team has always held the philosophy that says 'if you're going to go to all the trouble and expense to make a game, why not make it available to the maximum number of people?'. So we definitely look actively toward more platforms, and more languages. For example, we recently released TBS1 in Japan on PS4 and Steam, and will be doing the same for TBS2 soon (including Mobile). These projects exemplify how our small team works to grow our audience, one step at a time."