Updated 6th October, 12:34 PM: As of today you can dive deep into the belly of darkest dungeon in Treasure Buster, out now on iOS.

Pixel Licker's Slayin was a simple-to-play, challenging-to-master fantasy arcade-RPG; their next game Treasure Buster seems to follow suit, bringing a blend of pinball-bouncing gameplay and roguelike elements to iPad and iPhone later this week.

Choosing from six heroes, you must survive dungeons where monsters, loot, and traps lurk. In classic roguelike fashion, you travel between rooms on each floor, buying upgrades from merchants, and defeating enemies. 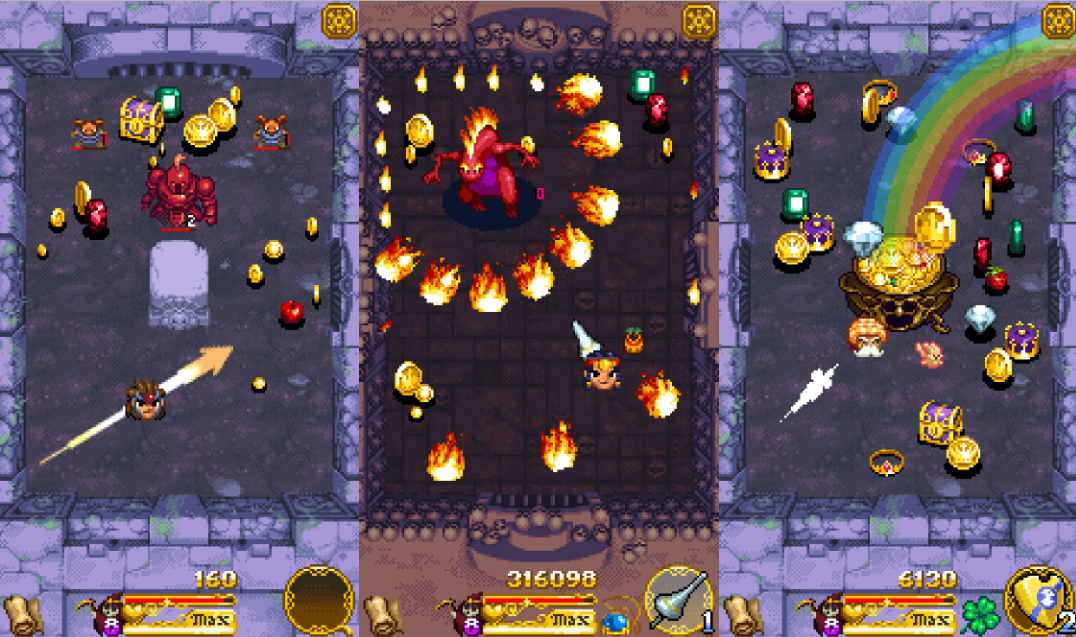 Except in Treasure Buster, your means of combat is bouncing and slingshotting within the rooms, ricocheting off walls and enemies to evade attacks and inflict damage. Items like the lance and ball & chain will make your attack your attacks, increase your defense, or even modify your movement.

Treasure Buster will cost £0.79 / $0.99 and have no in-app purchases when it comes to the App Store this week.