[Update] Piranh.io is a ferocious fishy multiplayer in the .io family, out now on iOS and Android

Updated 6th October, 10:57 AM: Whether you love the .io games or just need an online multiplayer to pass the time, Piranh.io has launched on iOS and Android.

Grab the game here on Google Play, or on the App Store, free-to-play.

Yeah, I know, you're probably getting sick of the .io games but you can't deny how addictive they are. Coming this week we've got another to add to the fray as Piranh.io makes its way to iOS and Android. 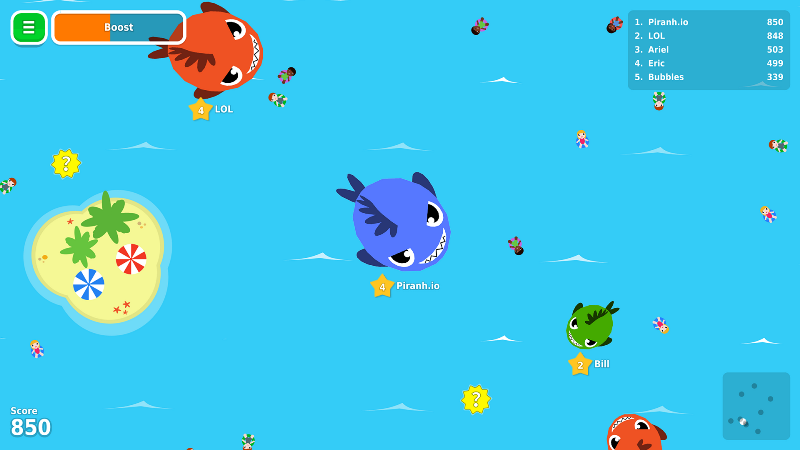 In keeping with the other games in its genre, Piranh.io is a competitive online game in which you start from the bottom as a teeny piranha, feeding only on the unsuspecting rubber ring-seasoned humans that surround the waters. Eventually as your body expands, you can start preying on your piranha brethren to satiate your ceaseless appetite.

The one major element the .io games need is the ability to defeat someone who's bigger/stronger than you. Thanks to the game's array of power-ups, you needn't be the best of the bunch to take down the number one player – you just need to be smart.

Piranh.io was released back in June as a browser game, and this Thursday 6th we'll be welcoming it onto Google Play and the App Store. Stay out of the water.