5 things we want to see added to FIFA Mobile

FIFA Mobile will be rolling out worldwide this autumn, but it's already soft launched in Canada. We've been playing it quite a bit.

The big news this year is that there is no year. This isn't FIFA 17, and there won't be a FIFA 18 on mobile either. Rather, EA intends to keep adding to and improving the core FIFA Mobile experience.

With that in mind, I got to thinking about all of the things I'd like to see added to FIFA Mobile as it stands now, in its soft-launched form.

We might have mentioned this one a few times. It was an issue with FIFA 16 last year, and it's an issue in FIFA Mobile as things stand now.

There's no way to simply pick your favourite team and embark on a season of play with all of your favourite players. To me (and I know to Glen as well) this is a fundamental part of any modern footy game, and its omission here is rather glaring.

EA is going for a more casual, social angle with FIFA Mobile. I get that. But there are plenty of fans who just want to play through a season the traditional way, with real players.

Given that FIFA Mobile has the scope to add modes and options on a regular basis, I hope this is added pretty quickly.

This one follows on from the last point, but it's arguably even more glaring an omission. There's no way to simply play a one-off 10 minute game of, say, Bayern Munich vs Barcelona.

Again, this is a bit of a fundamental option in any modern footy game. It's also strange that EA, which must pay crazy money to pay for its licensed teams and players every year, doesn't want to get the maximum value out of it.

Like I mentioned before, EA has the scope to add this mode in a future update. Hopefully it does and Match mode makes its way to the title screen. 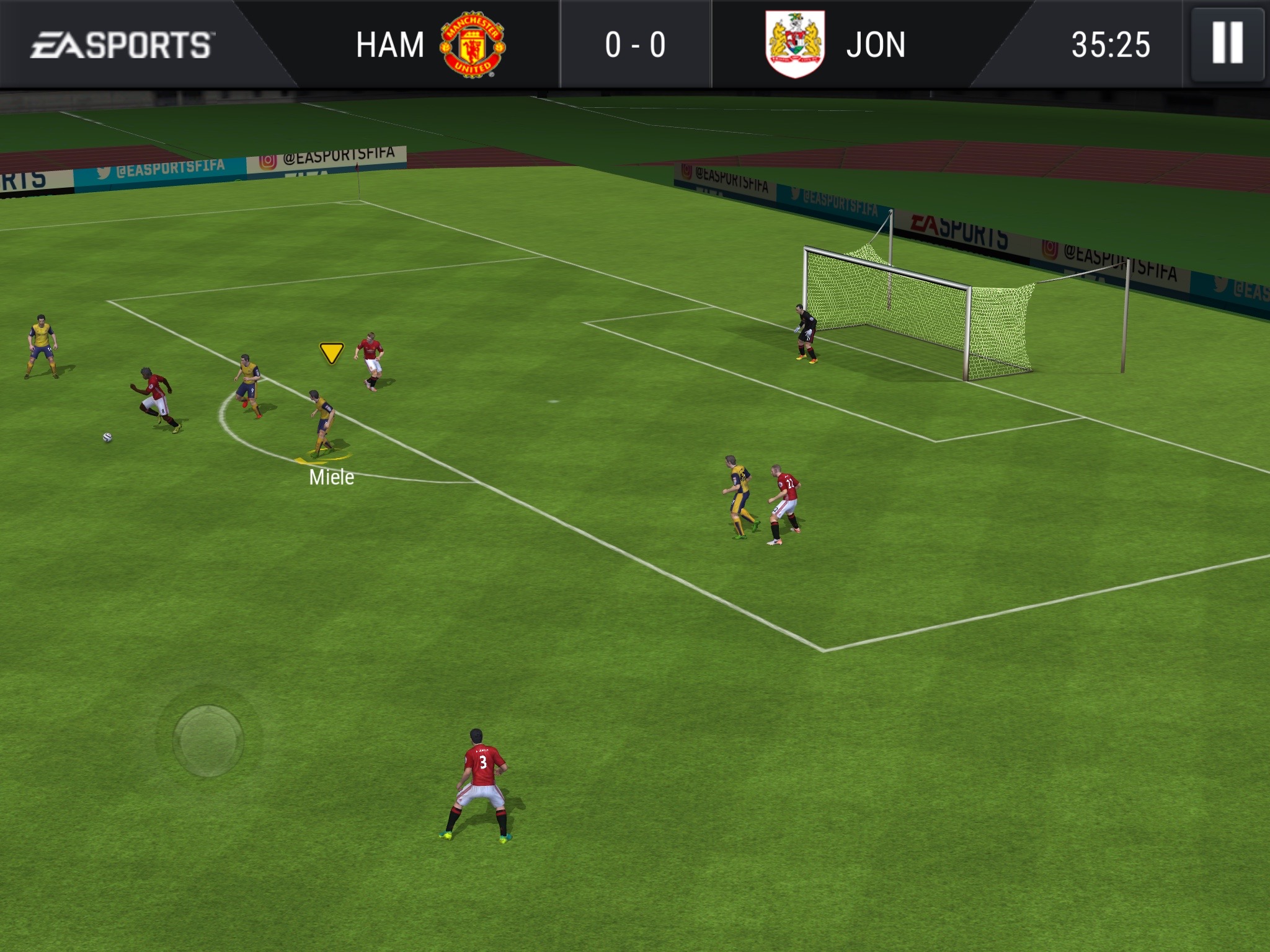 So EA is really pushing the social angle with FIFA Mobile. That's great, but in terms of actual multiplayer, your options are limited.

More specifically, you can play an asymmetrical game of Attack Mode against random players. We'll have to spend more time with the final game to see how this (and the currently broken League mode) plays out, but the lack of real-time multiplayer is a clear missing feature to our eyes.

Oh, and both local and online multiplayer would be nice, EA, if it's not too much to ask.

EA has taken clear inspiration from New Star Soccer with FIFA Mobile in its Attack Mode. This provides you with the key attacking moments in one half of a game and asks you to play them out.

You can play this mode with a swipe-based control system, which is where that New Star Soccer influence is most keenly felt. But FIFA's standard side-on view arguably isn't the most natural fit for this.

Wouldn't it be great if EA added an NSS-style top-down view for such swipe-based play? Well, I think it would.

Look, it's already kind-of in there when you view certain replays. 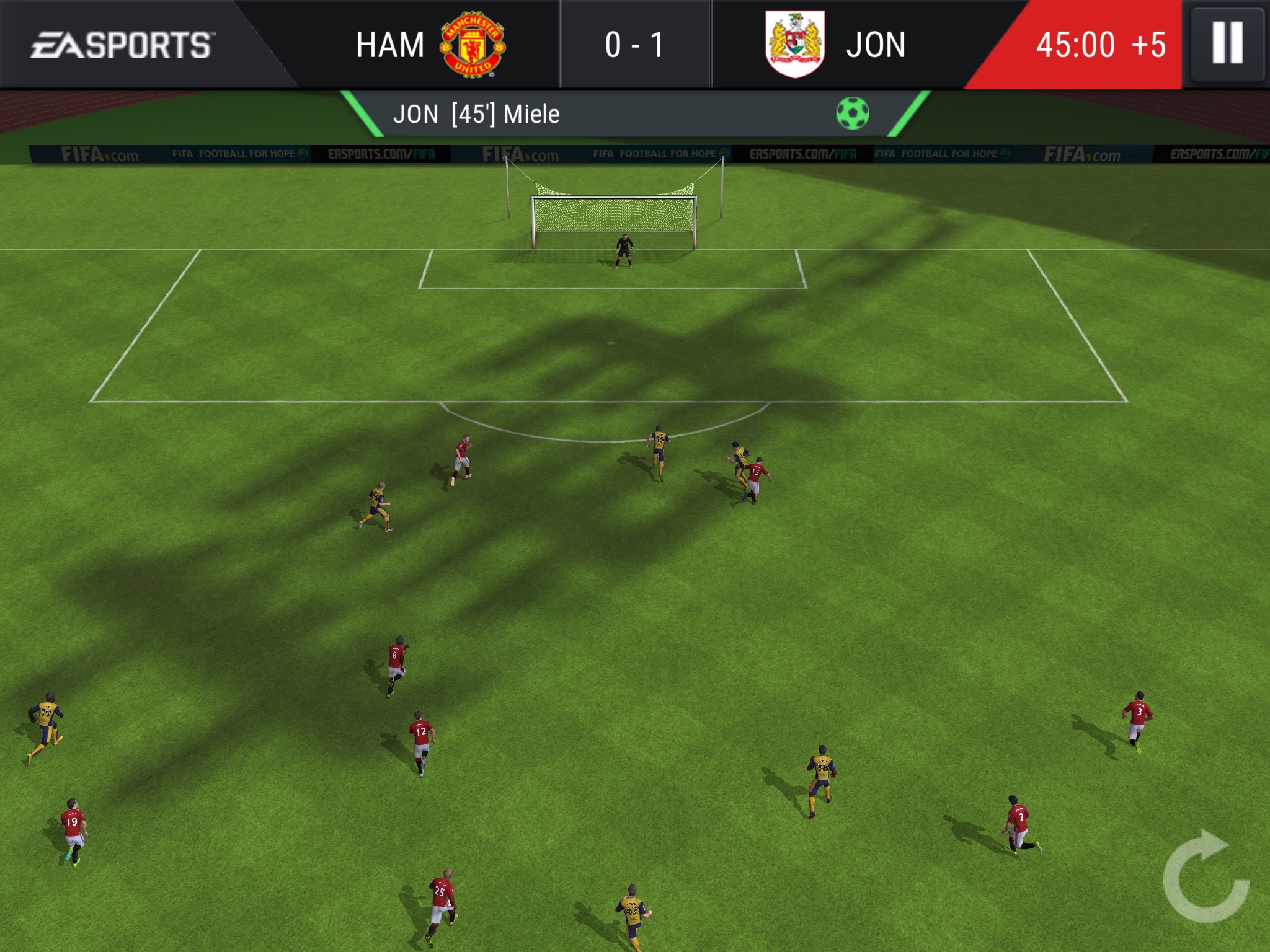 Is it me, or is there no fake shot function in FIFA Mobile? I'm all for simplifying the trick system of the console series, but the fake shot is a core component of successful play in console FIFA (and PES) for me.

It's not even like it's a fiddly move to implement - it traditionally involves quickly tapping the pass button while you're charging up a shot, letting you sell your marker a dummy or just change your mind at the last minute should a better option become available.

If EA could just reinstate this in a future update, that would be great. Okay? Thanks.

Have you played FIFA Mobile yet? What would you like to see EA adding in the months to come?