Better than its predecessor?

The second part of the gloomy Banner Saga, er, saga launched today on the App Store, and if Pocket Gamer's anyone to go by it's bloody brilliant. That's the summary of our review, basically.

Banner Saga 2 pretty much ups the ante in every aspect of its predecessor - which was also brilliant by the way. The animations and presentation is absolutely gorgeous, the combat more strategic, and the choices more difficult. How is that even possible?

You probably don't just want our opinion though, so we reached out to our hardened bunch of experts in the App Army to get the reader's opinion. Read on for their thoughts.

It's fantastic. The story is great and keeps you coming back for more - just like in the original. I love the management aspects of the gameplay, and the visuals are more polished. The music is wonderful when using headphones.

Banner Saga was amazing but somehow they've managed to improve it even more. I'd better get back to it as I'm missing it already. Pocket Gamer readers - buy this game!

I loved the first one, and I looked forward to the sequel for ages. Well, I'm not disappointed - quite the contrary, actually. The graphics are better, the atmosphere as hard and melancholy as before, and the fighting just as breathless. 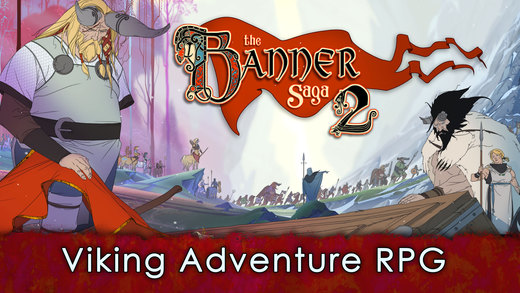 Banner Saga 2 manages to maintain the perfect balance between resource management, narrative, difficult choices, sacrifices, and combat strategy. If you liked the first episode, you will love this one.

With new enemies to discover, different objectives in battle, and the possibility of shortening some fights to avoid heavy losses, battles never feel as pointless as in the first one. The plot also develops in certain battles, and it's a welcome change.

Banner Saga 2 builds on the original, and provides another exciting adventure. The interface takes some getting used to but it's not a dealbreaker.

It's one of my favourite games already!

This is a really great sequel of Banner Saga, and it leaves you in suspense for the inevitable sequel which I'm already looking forward to.

The basics are pretty much the same but with a lot of improvements. You feel right at home and with some practice, quickly get back into the swing of things.

It delivers the story very well, and it's presented with an attractive background design, carefully worked animation, and graphic effects. The combat is also much more engaging, with a greater focus on strategy.

Every single decision you make counts, so you really feel like you're a part of the story. There's new battle objectives, new characters, and a good balanced between action and tactics.

What are you waiting for? Go and play it!

This is an awesome game - I loved playing every minute of it! I love the artistic graphics. The gameplay is hard and unforgiving, but rewarding when you beat a section.

The plot is very interesting, and has multiple paths, but you should play Banner Saga first, as it will help you understand what's going on.

I've been enjoying this a lot. I'm not super far in, but the combat is amazing. It's tough, and a rewarding experience.

The art is fantastic, the controls are excellent - I just can't s. I love Vikings and Norse mythology, so this game is just too far up my alley to not be crazy into. Pick it up!

It's interesting. I really liked the first one, even though I haven't really been into the viking scene in a while. Banner Saga got me back into it.

This is a really good sequel in my eyes.

Age of Heroes: Conquest review - yet another fantasy RPG