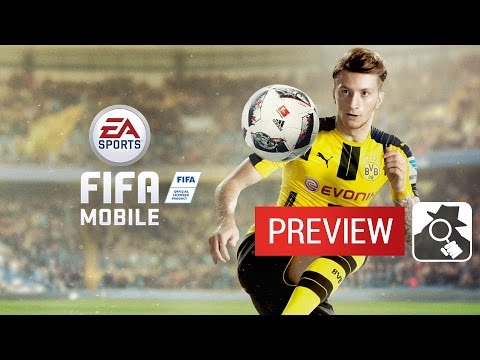 Subscribe to Pocket Gamer on
What comes after FIFA 16? Not FIFA 17. Not on mobile, at least.

EA is doing things differently with FIFA Mobile, and the clue is in the name. Rather than launching a new iOS and Android game every year, from now on it will simply update FIFA Mobile on a regular basis.

Last year's FIFA 16 was a slick kick-about, but we criticised it for a lack of content - particularly when it came to traditional things like the ability to play through a regular season or even have a one-off game with your favourite team. Having spent a little time with FIFA Mobile, I'm not entirely hopeful that this initial iteration is going to satisfy the footy game traditionalists.

This is still a game that's beholden to FIFA's Ultimate Team mode. It's all about taking a random assortment of lower-level players and gradually upgrading your team through completing mini-game-like tasks and through trading (and, of course, IAPs).

The fact that you can't simply engage in a quick game of football with your chosen team is, quite frankly, maddening. And still a little perplexing. 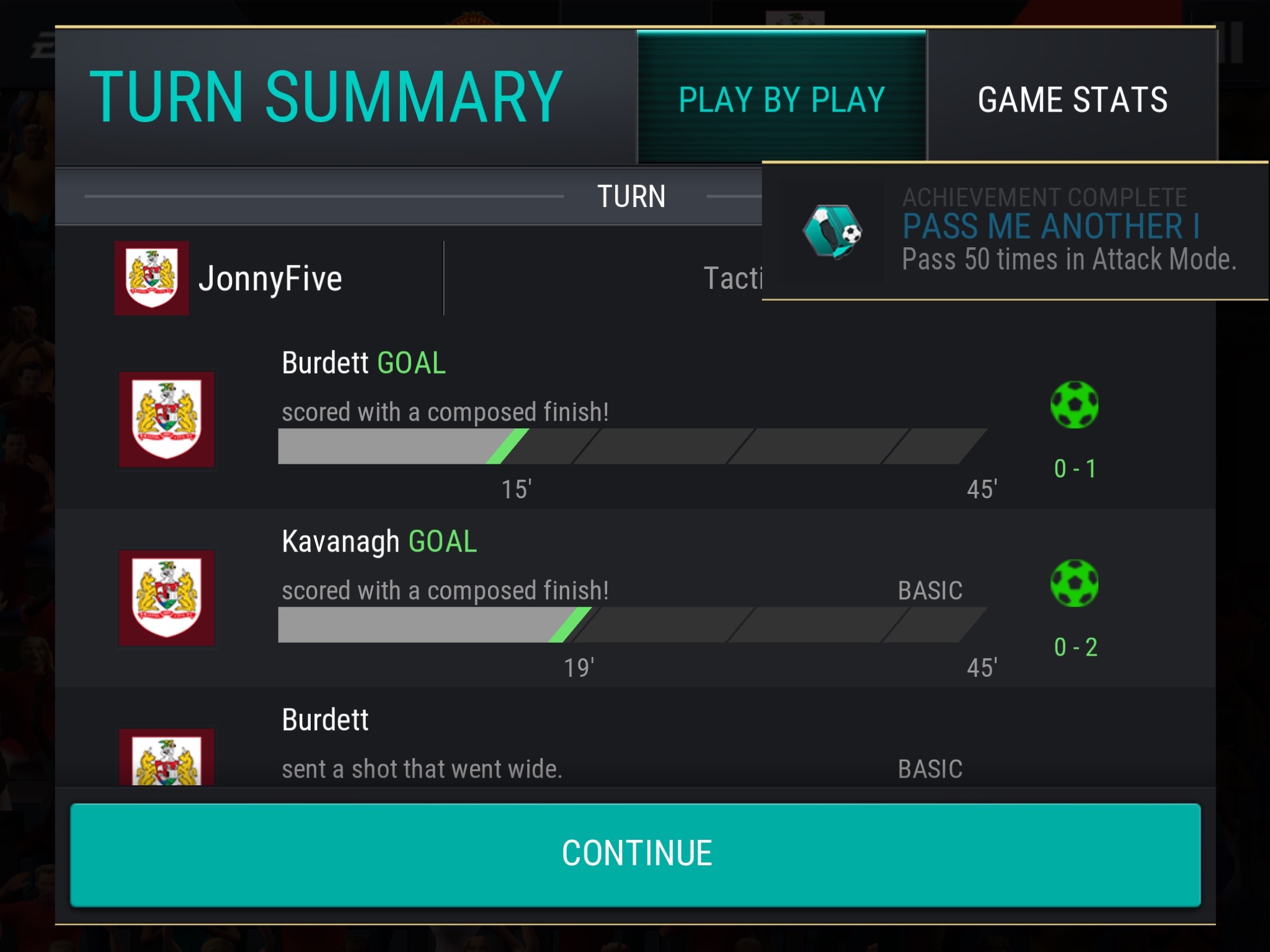 Instead, what you'll encounter is a series of training mini-games - score so many free kicks, dribble through the red zones and so on - and a bunch of Attack Mode games.

Attack Mode seems to be the bread and butter of FIFA Mobile. It sees you taking control of your team for key attacking moments of an otherwise simulated game. You can go hands-on with traditional virtual controls during these moments, or you can use a semi-automated tap-to-pass and shoot system.

Whichever you choose, you'll either score from the opportunity or your opponent will rob you of the ball and hoof it clear, and the chance will be lost. It's an interesting premise that's clearly inspired by New Star Soccer, but to my mind it's simply not as interesting or nuanced - at least not in these early stages - as New Star Games's masterpiece. 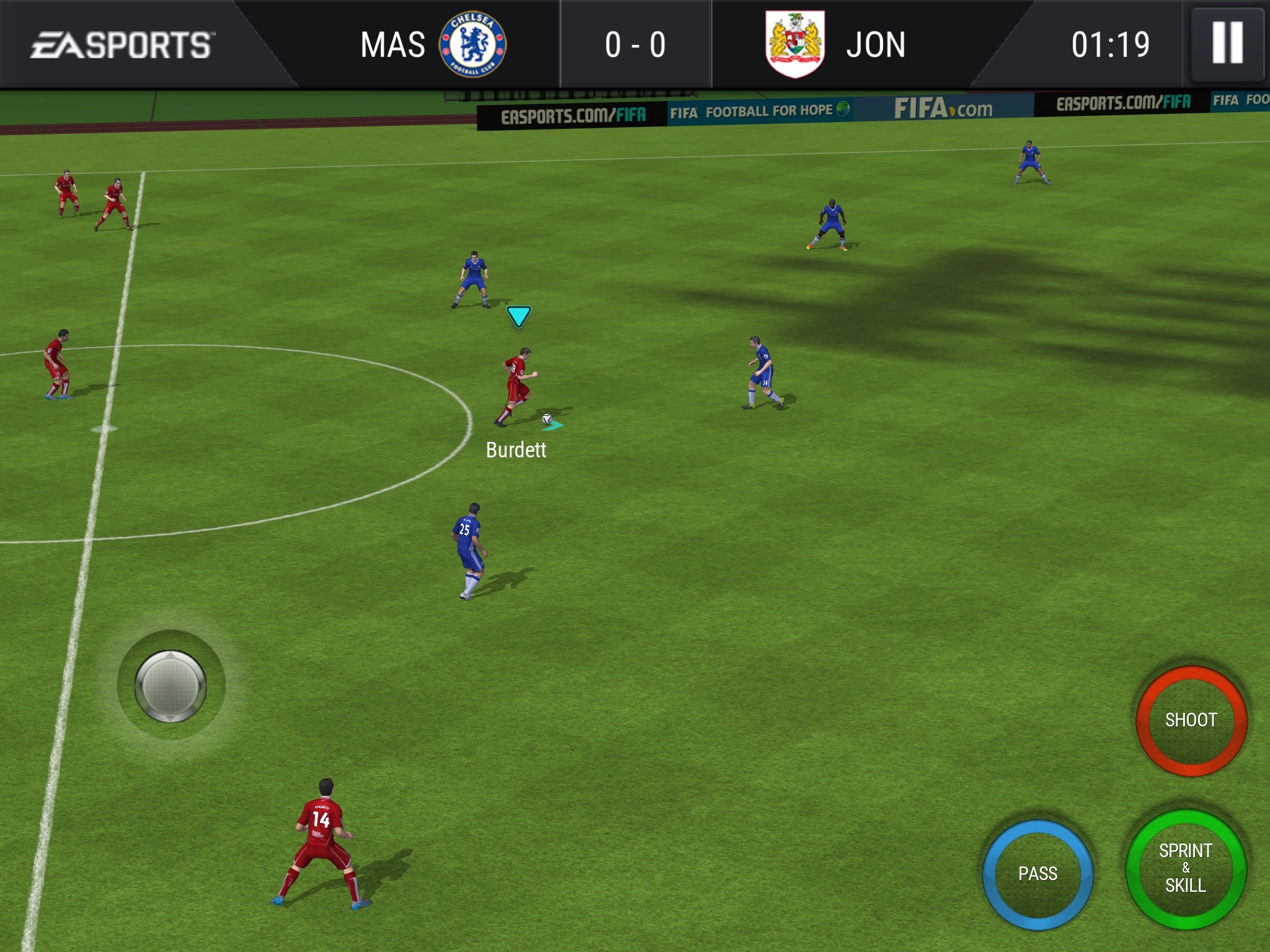 I'm hoping that as you get deeper into the game, Attack Mode's mini-scenarios pick up in challenge and complexity. We'll let you know in our final review, no doubt.

There is a Season mode that offers "a 20-match season against authentic Leagues", but I'm not entirely sure what that entails. It only unlocks when you hit level eight, whereas I found that my progress seemed to stall around level five, so I wasn't able to test this mode out. You can thank the game's freemium structure, complete with Stamina bar limiting the amount you can do within a certain time (unless you pay up) for that.

It seems the main thrust of FIFA Mobile is social play, at any rate. The idea is to join a league of fellow players and, presumably, embark on ranked Attack Mode games. I say presumably because I found that I couldn't join any of the leagues that were offered to me, so I couldn't test it. Apparently, each was overloaded with application requests.

Not an ideal situation, but once again, it's early days for the game - it's only out in Canada at present. We'll just have to wait until the game hits more stores to see if there's any more meat to League mode. 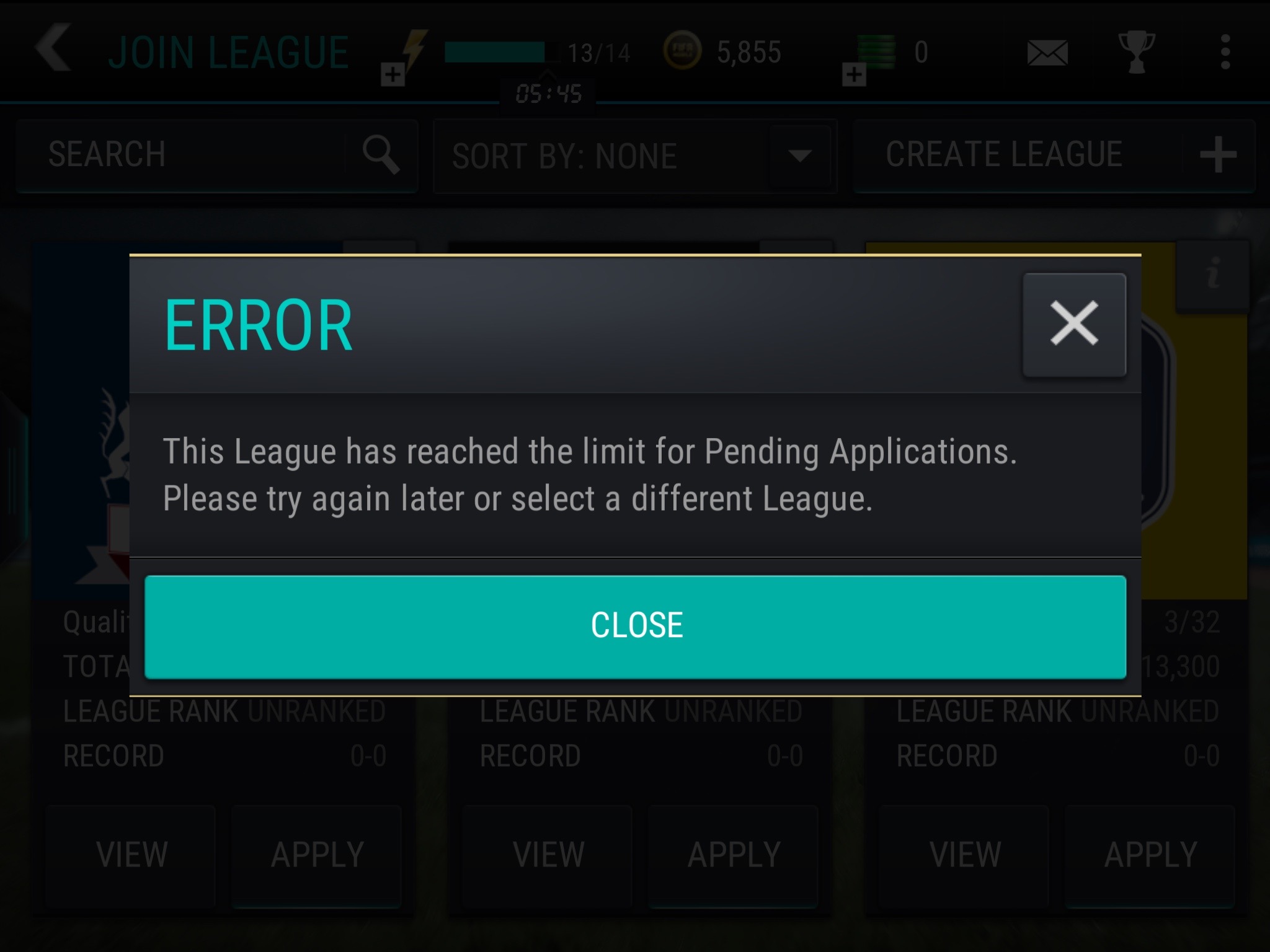 As for the footy action itself, it's perfectly slick - if a little lacking in responsiveness. You have your virtual stick, and three buttons for passing, shooting, and a combined sprint/skill control.

I'm all for such a simple set-up on mobile, but it remains to be seen if the game engine can nail the proper weight, inertia, and unpredictability - the liveliness - of both ball and players. It's a tricky task for console titles, let alone on mobile.

FIFA Mobile isn't quite looking to be the fully featured follow-up to FIFA 16 that we were hoping for, but its new direction and promise of regular updates has us hoping for more over prolonged play. The game is available to download now, for free, on the Canadian App Store. We'll let you know when it's out worldwide.