EA recently announced FIFA Mobile, its long-in-gestation mobile game-as-service. There won't be any more yearly mobile releases for the FIFA series on mobile - we'll just have a stream of updates to the core FIFA Mobile experience.

I've already talked about the features I'd like to see in FIFA Mobile, but let's cut to the chase here. Full disclosure: I'm a Pro Evolution Soccer man. Sure, I've enjoyed FIFA games in the past - particularly a few years ago, when Konami's rival footy series was going through a bit of an iffy patch and EA's was particularly on song.

But generally, I'm all about the PES. Or 'Pro Evo', as we used to call it back in the day. Or 'Winning Eleven', back when importing the latest version from Japan was the way to go.

So anyway, forget about FIFA Mobile. When are we going to get PES Mobile? Here's why it needs to happen.

There's nothing more irritating than a smug football player, manager, or pundit claiming that a team plays the game 'the right way'. There is no right way - that's what's so great about football.

And that's why, somewhat paradoxically, I can say that PES plays the game the right way. Pro Evo games tend to play a livelier, less predictable, even scrappier version of the beautiful game than FIFA. The ball tends to feel like its own entity, there to be tamed as best you can.

As such, PES often lends itself more readily to varying approaches, whether that's the Leicester/Dortmund-like cut and thrust of an incisive counter-attack, the patient built-up play of a Barcelona or Bayern, or a good old hoof up the pitch to a big front man like West Brom.

One of my wishes for FIFA Mobile was that it cut through the obsession with the latest tricks and flicks and simply nail the loose, unpredictable mechanics of football. PES Mobile, I suspect, would have a good chance of doing that. 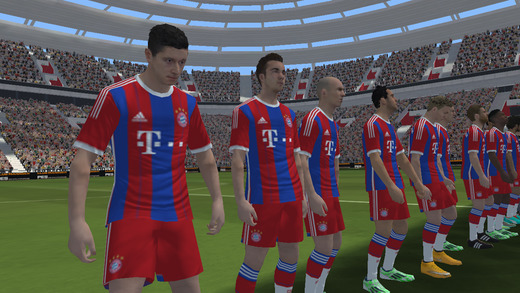 Following on from that last point, PES has never been overly obsessed with the latest headline-grabbing flicks and tricks. Sure, they're there. But they're there to be discovered naturally (or failing that, on an internet forum) in the process of good solid build-up play.

The onus has always been on applying a sound footballing strategy - pass and move, varying the pace on the wings, effective hold-up play. That would only benefit a mobile footy game, where there literally won't be space on screen for the mapping of a dozen variations on the flip-flap. 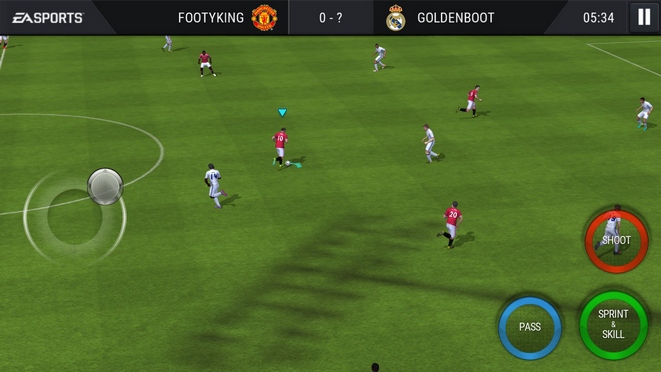 One of our big problems with FIFA 16 - and, I suspect, FIFA Mobile if it continues the trend - is that it lacks any kind of traditional campaign mode. You couldn't simply choose your favourite footy team (or build one of your own) and embark on a season.

PES has long had a great single player mode in Master League, which encourages you to build a team and raise a group of no-hopers to local and European glory. We'd love a taste of that on mobile.

EA has its fingers in countless gaming pies. While we're sure it'll put a lot of effort into FIFA Mobile, it's unlikely to be a massive priority.

Konami, conversely, is pretty much a mobile developer now. It's essentially ditched all of its console gaming franchises bar Metal Gear Solid and PES, and has refocused on gambling machines and mobile games.

Which begs the question: why on earth isn't there a PES Mobile? Sure, there's a PES Club Manager. But the market is surely ripe for Konami to focus all of its attention on a proper portable Pro Evo. 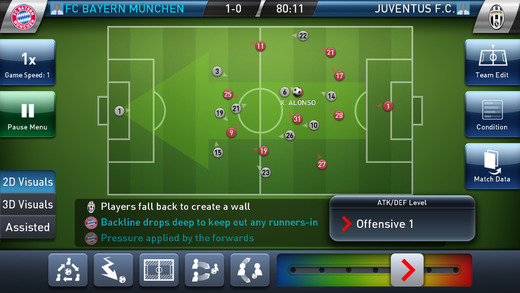 It would force FIFA Mobile to up its game

Competition is good. Just look at the football world. Barcelona and Real Madrid need each other more than either would admit, while the Premier League is the most exciting (if not necessarily the best) league around because there are four or five genuine contenders each year. Conversely, it could be argued that the lack of domestic competition is why PSG and Celtic tend to disappoint when they come to European competition.

FIFA Mobile is going to have the mobile footy sim market pretty much all to itself when it launches later this year. That can't be healthy.

PES and FIFA have kept raising each other's games for years on console. It's time they did the same on mobile. 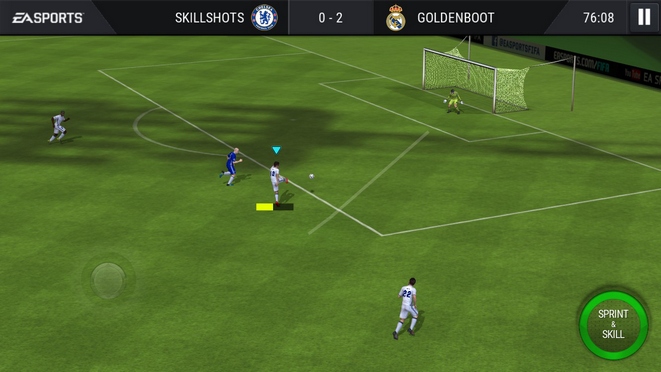 Presentation has never mattered with PES

To be perfectly honest, PES games have always looked a bit ropey next to their FIFA equivalents. The player models and on-pitch action are generally on point, but the games are full of rough edges and shoddy menus.

Okay, so a decent UI is essential to a modern mobile game. We can't get away from that fact, and it would remain a worry with PES Mobile.

But Konami is a lot less obsessed with accurately mapping Gareth Bale's man-bun than EA. That would bode well for a mobile game, where it often pays to cut the bloat and concentrate on the core mechanics.