What is it with *Solitaire* games at the moment?

In digital form it was the original office time waster. We're talking years before it was even possible to sneak to the loo with your phone - at least, not without a huge bulge in your pocket that would create unwanted office gossip.

And yet right here, now, in this wonderful age of tiny mobile phones that have the power to play console-quality games, a *Solitaire* game recently crept its way to the top of the free game charts over in the US.

But really, we shouldn't be surprised. Solitaire remains popular because it's a timelessly perfect card game with a universally understood ruleset. Place it on your phone with a tidy UI and a little twist, and you're sorted. You don't even need a flat surface upon which to play it, or a set of cards.

We'll keep seeing variations on digital solitaire for some time to come, we expect. As long as they're as good as these examples, we really don't mind. 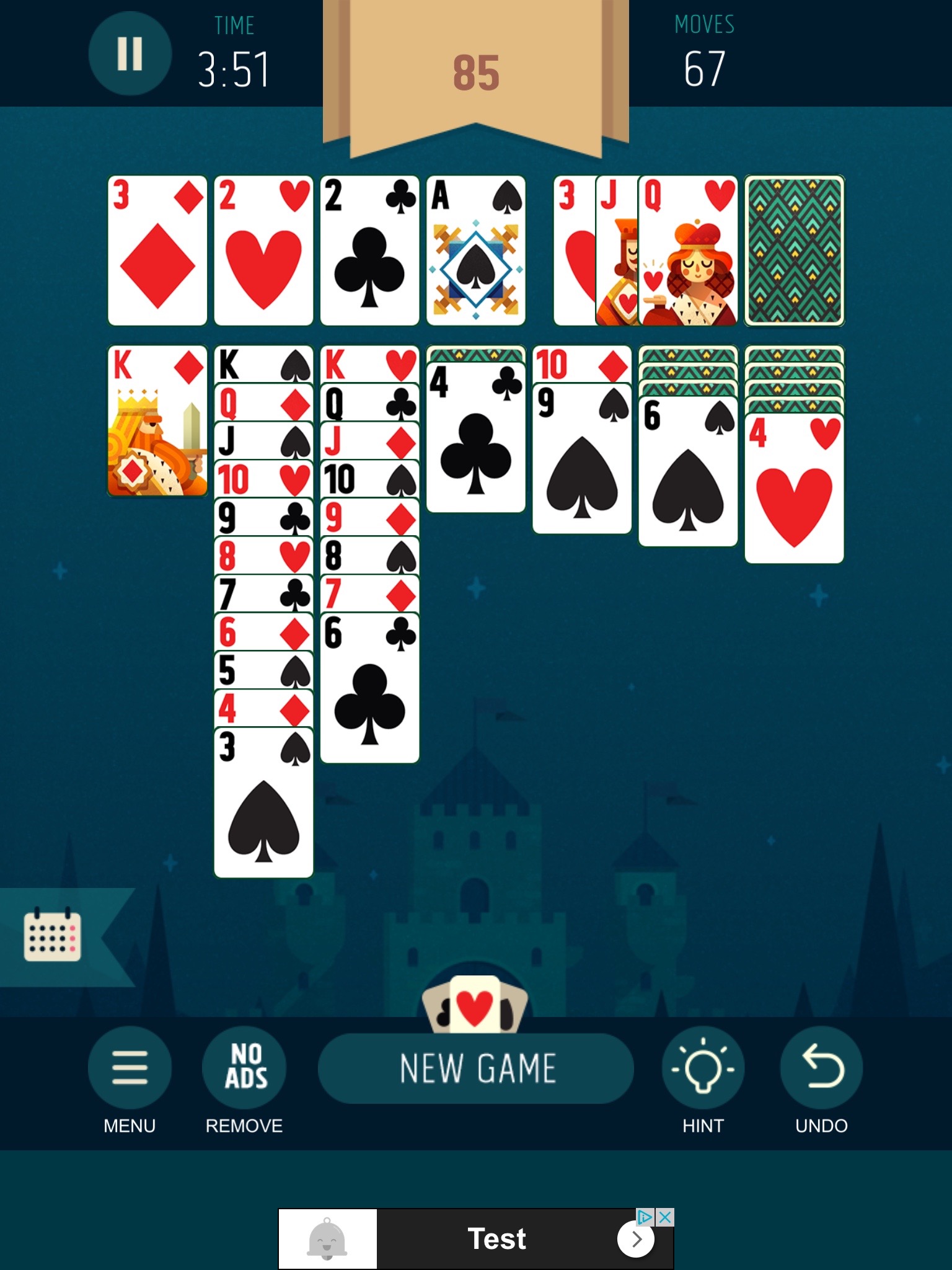 Let's start with the game that recently topped the US App Store charts. *Solitaire* undoubtedly presents the straightest version of solitaire on this list, but that's kind of its appeal.

This is the game of solo card clearing we all know and love - albeit with a beautiful art style and a prominent daily challenge mode.

If you like your solitaire neat (and free), then *Solitaire* is a safe bet. Do people bet on solitaire? Surely not, because you'd be betting against yourself. Whatever. 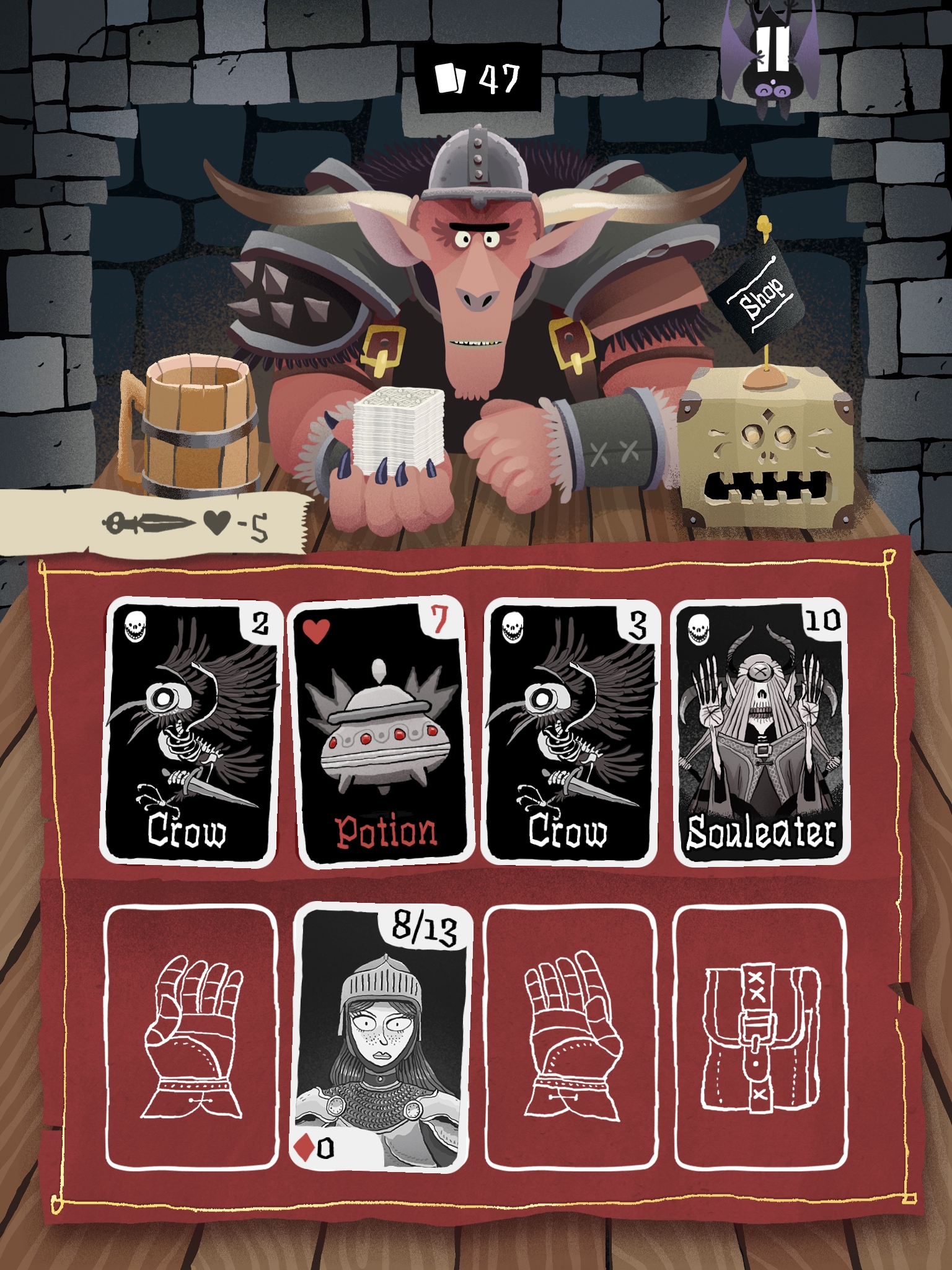 From the most traditional example of iOS solitaire to the one that stretches the definition the most. Card Crawl is such a clever spin on the core game, you probably won't even think of it as solitaire.

But it is. Kind of. Okay, so you're technically playing against an AI opponent, you have a life bar, and the cards have various attack and defensive properties.

Ultimately, though, it's all about clearing a single deck of cards by choosing the correct sequence. That's solitaire enough for us - especially when the results are this compelling. 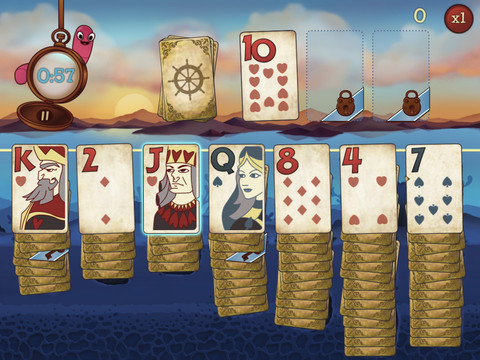 We haven't heard enough of PopCap in recent times, but Solitaire Blitz is a reminder of why we'll keep looking out for news from the EA-owned developer. It takes the simple rules of solitaire and gives it a little spike of something extra.

In this case that something extra is urgency. You're still clearing cards according to the Golf ruleset, but you're doing so against a strict time limit. There are also score multipliers and bonuses to contend with.

There's a slightly frustrating freemium structure to the game, but if you take your solitaire in small doses (or don't mind splashing out) that shouldn't matter too much. 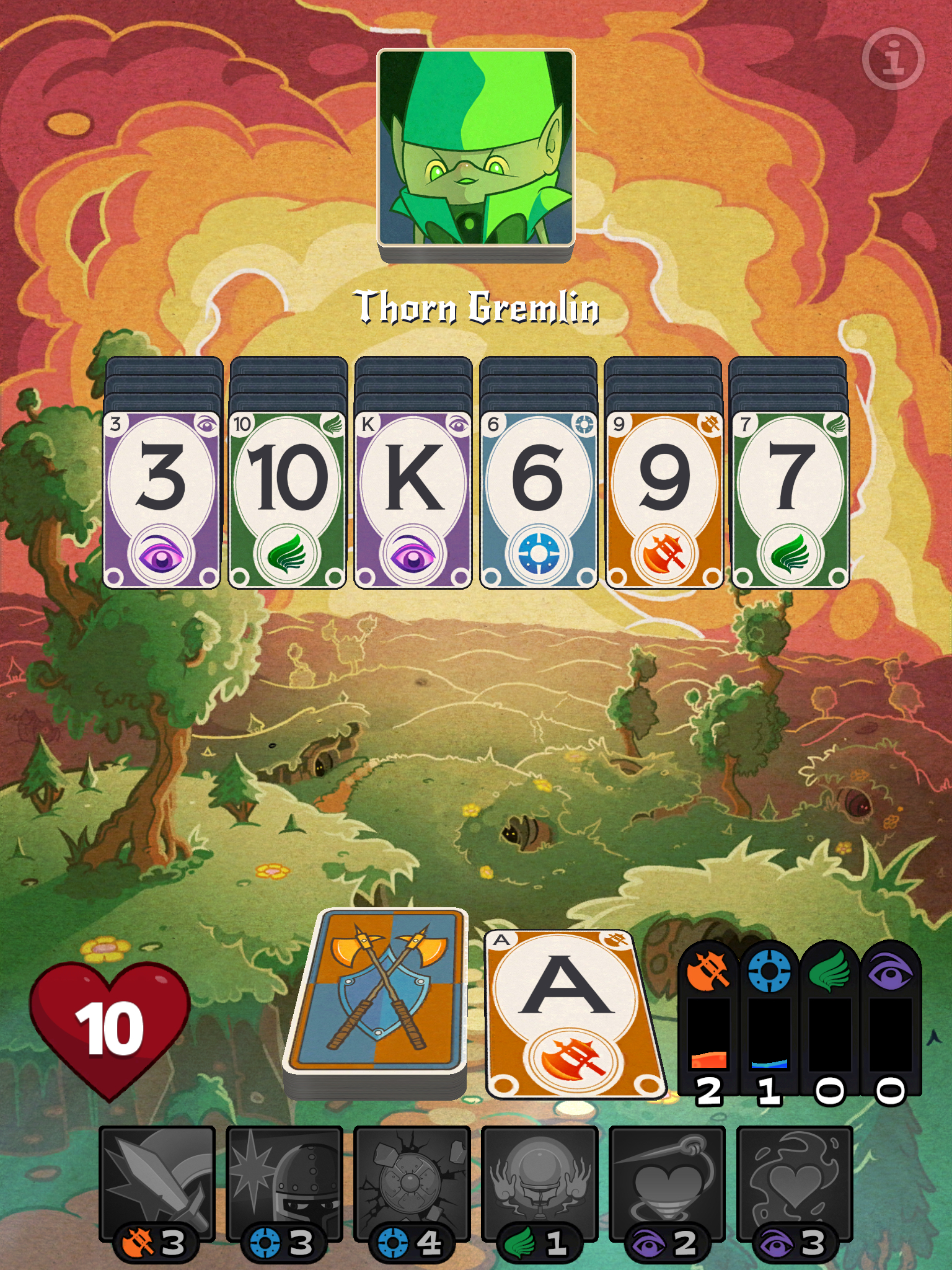 If Card Crawl was a little too weighted towards the RPG side of the equation for your liking, check out Solitairica. It too folds in turn-based battling elements, but it wears its solitaire mechanics on its sleeve. Or perhaps we should say up it.

So, at the game's heart you're sequentially clearing a deck of cards organised into six piles, turning over a new card from the spare pile when necessary.

But there are also four energy bars that enable you to cast spells to shortcut or enhance the process - or to fend off the attacks of an opposing monster. 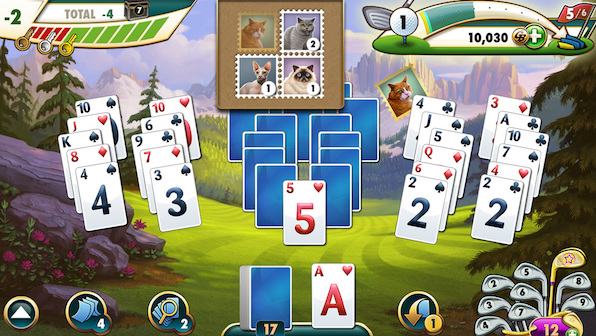 That's what Big Fish Games was probably banking on when it made Fairway Solitaire. Do you know what? It's right.

Here the solid card-clearing gameplay is embellished by golf-themed cards that will present additional challenges, and golf-related mini-games that spice the action up a bit. For the game of solitaire is still firmly to the fore. Yes, that was a golf pun. I'm not sorry. 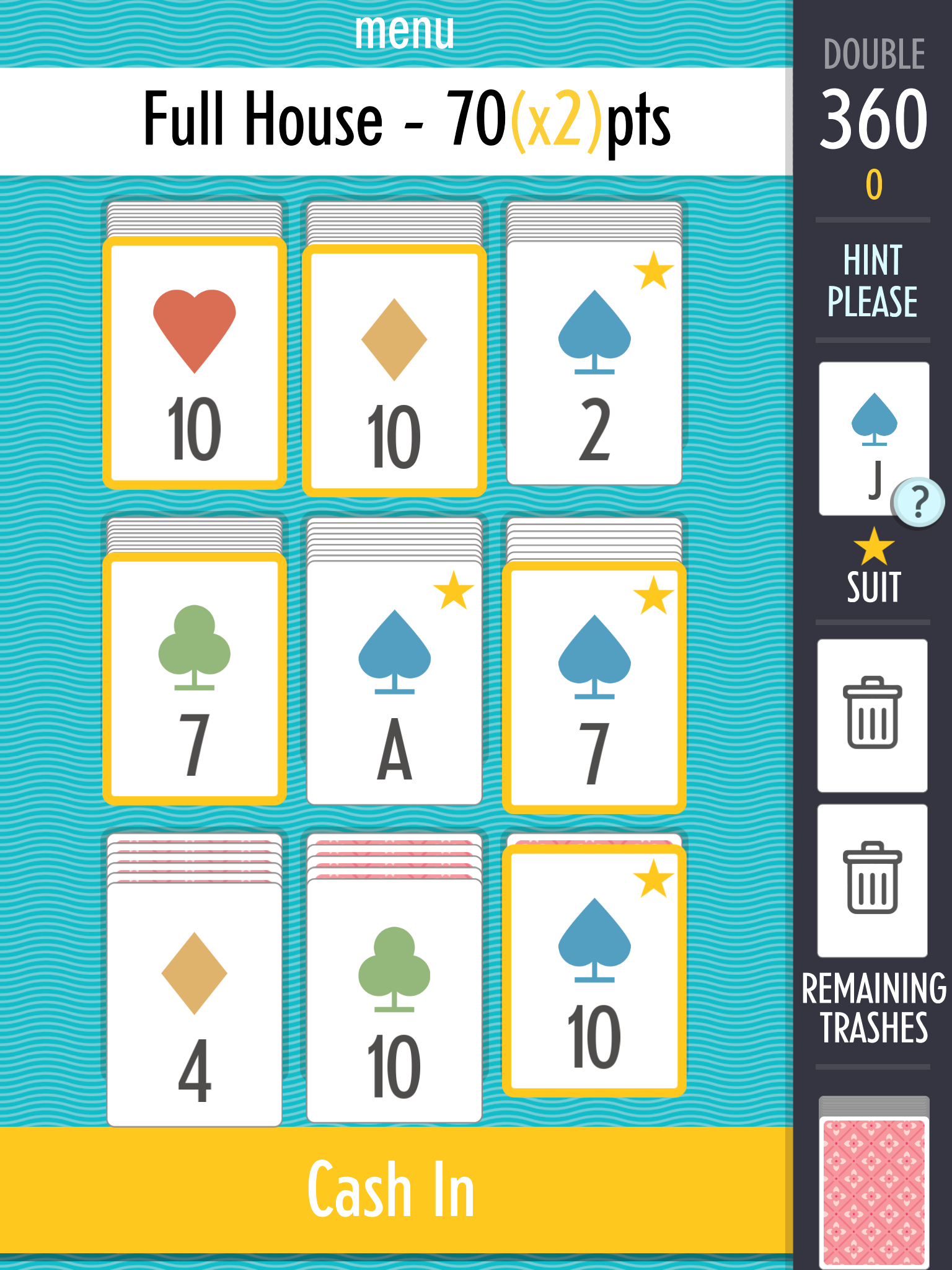 No, it's not a herb-themed solitaire game - though that sounds rather tasty. Sage Solitaire mashes up solitaire with elements of poker... which I suppose is a pretty sage idea. Look, I have no idea why it's called Sage Solitaire, okay?

What I do know is that Sage Solitaire plays like no other game on this list. The cards are arranged in a three-by-three grid, and you must form poker hands to clear them.

Focusing on three-of-a-kinds and royal flushes rather than simple sequences lends this card clearing game an extra dose of strategy.

Crossy Road releases a rather prehistoric update on iOS and Android