Nemesis Perspective is an apt name, and one that really encapsulates what is quite possibly one of the most exciting and unique ideas that's arrived on virtual reality.

It's also fittingly the name of the winner of Steel Media's first ever VR Indie Pitch.

Nemesis Perspective from NemPers borrows from one of video game's staples - the boss battle.

However, what NemPers has done here, is take this common gameplay mechanic and completely reinvent it. In turn creating one of those experiences that really can only be had through virtual reality.

You see, in this local PvP arena fighter, one of you is going to quite literally be stepping into the shoes of a monolithic monster, whilst another player grabs a traditional controller and tries to take you down in the role of the hero.

Currently in development for the HTC Vive, Nemesis Perspective grants the player not only control of the monster's movement, but also of its large grasping hands.

Most impressive though is the sense of perspective you get upon placing on the headset and looking down at not only the world around you, but your ant like enemy at the same time. 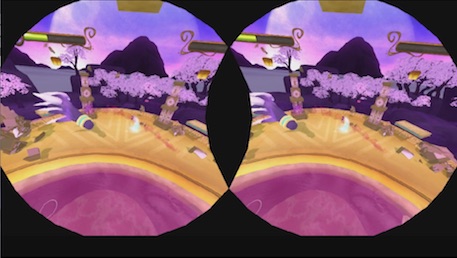 When playing as the monster, you can attack the hero with your giant claws, but also grab and throw it far into the distance, dealing an increased amount of damage.

You can also destroy the environment around the hero in order to prevent them from hiding or using platforms to their advantage.

At one point the developers also showcased a special move whereby if you duck far enough down you'll be able to sink into the ground, before rising up and attacking the hero like a ghostly apparition.

While all this is going on, the opposing player will be trying to stop you using traditional gameplay mechanics.

It plays much like a traditional hack 'n' slash game like Devil May Cry, Dynasty Warriors, or Bayonetta, with players able to jump great distances, dodge, and manoeuvre with great speed. 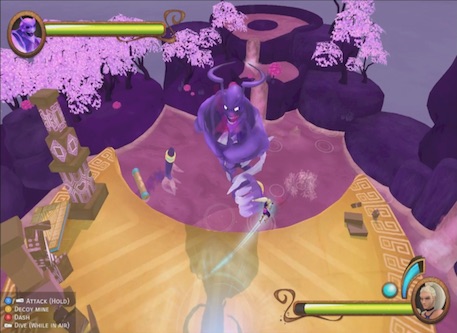 The best part is, both sides of the game felt hugely satisfying - even if the virtual reality aspect is what makes the game unique.

Nemesis Perspective will easily lend itself to both competitive and party based gaming.

As I said earlier, the title is still in the very early stages of development, so there's still much the developers are planning to add to the title.

These include special moves, more arenas, and a range of different heroes and monsters to play as.

Nevertheless, sometimes just a glimpse is enough to know whether a game has that special something, and Nemesis Perspective definitely has the clear foundations for success.

Whether you like being good or evil, this is definitely one title you'll want to keep your eyes peeled for, and I for one look forward to seeing how it grows.