Super Mario Run is coming to iOS and Android in December this year.

But what if you just cannot wait for that delicious Mario autorunner glory? You want that automated gameplay now God dammit!

Well you've come to the right place, as we've got a list of the very best autorunners on mobile. Take a look! 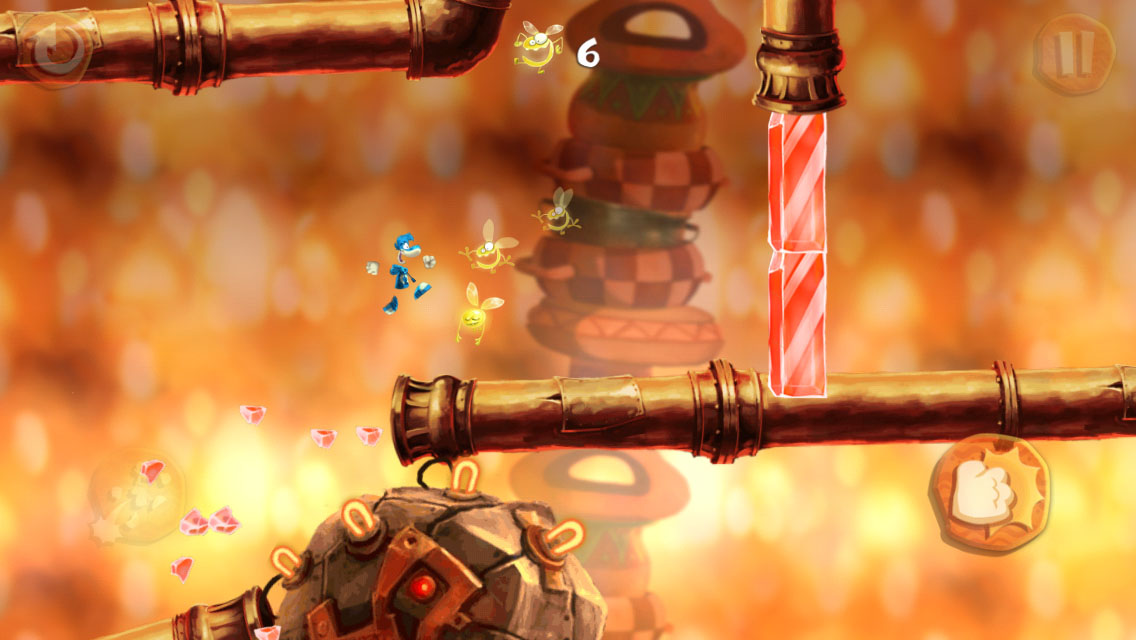 Straight off the bat, Rayman Fiesta Run is one of the best. It's quick, colourful, and - crucially for a platformer - its controls are amazingly responsive.

You can easily draw parallels between Rayman and Mario, too: both started on console, and are making the auto-jump to mobile; both are iconic characters in their own right; and both have invisible arms- no wait…

In summary: go play Rayman: Fiesta Run. Or Rayman Jungle Run. Or, if you have an Apple TV, Rayman Adventures. 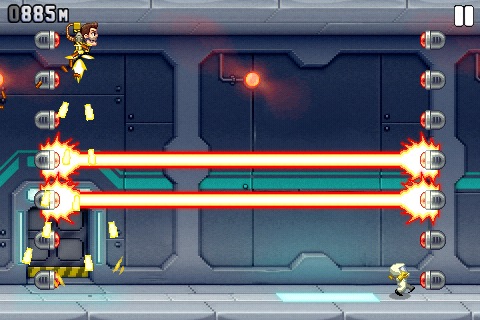 As one of the first autorunners, Jetpack Joyride was a trailblazer. A frontrunner, if you will. And definitely not a mere runner-up.

Has this joke been stretched far enough yet? I think it's run its course.

I'm running out of these now. 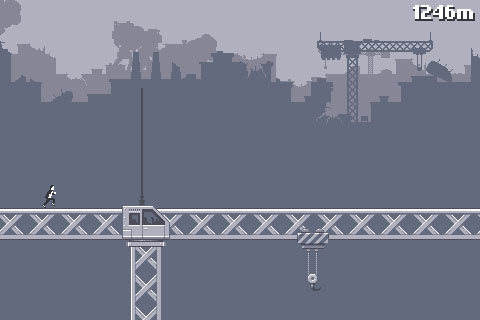 Canabalt was a real shock hit. A tiny indie game, blocky graphics, a black and white palette, and for some reason the main character just.. runs automatically??

Then again, maybe it wasn't such a surprise: Canabalt is well good.

Immediate, addictive, and - for a seven year old game - surprisingly social (with then-nascent Twitter functionality built in), Canabalt is a Cana-blast, and well worth a try. 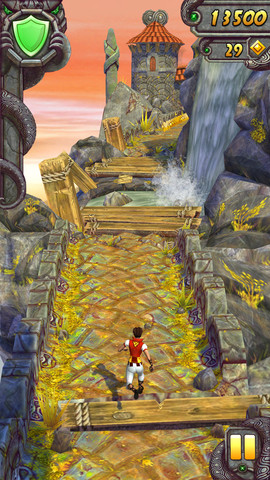 You may look down on Temple Run now, but five years ago, when everyone else was playing it, you were loving it.

So get off your high horse and revisit what is a fine endless runner. It doesn't have much longevity, but collecting a million gold coins in half a second is very satisfying, and is definitely worth trying once

Only once, mind you, but still. 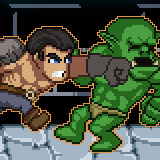 Another oldie-but-goodie, Punch Quest has the best name of any game on this list. Who wouldn't want to go on a quest where you punch people? It'd be like an away football trip in 1980s Britain!

The automated movement allows you to concentrate on beating the hell out of your enemies: that means fighting actions like jabs, uppercuts, ummm (*tries to think of other boxing terms*), home runs, howzats, and kerplunks. 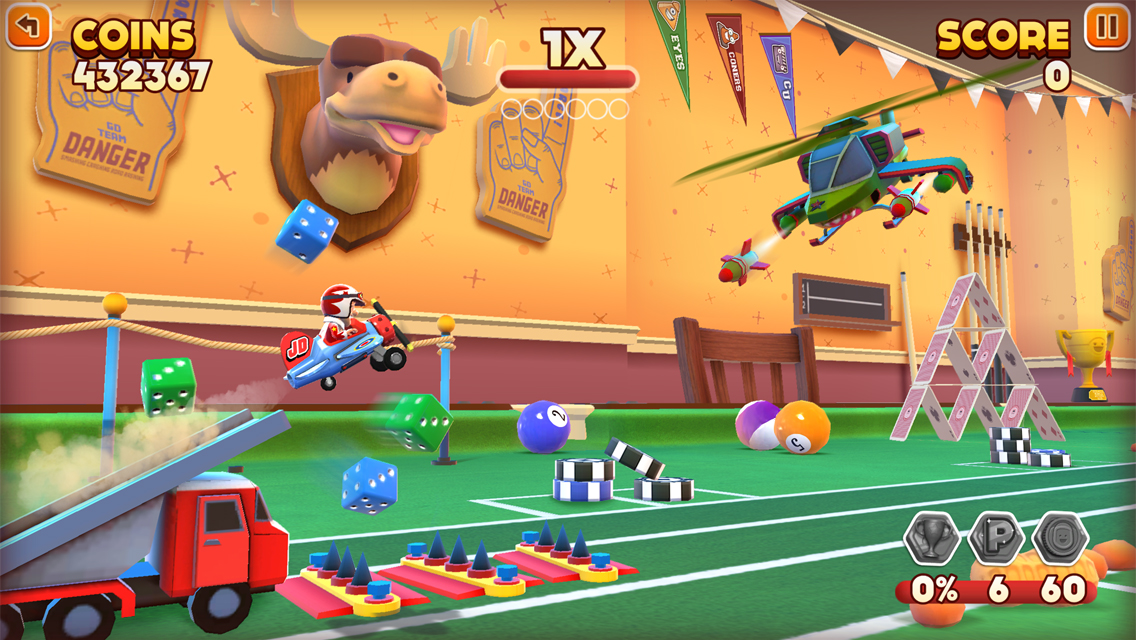 We've plumped for the sequel, but really you could play any Joe Danger game and have a (wait for it) *dangerously* good time.

Before Hello Games decided they wanted to make an entire randomly generated universe, they made little autorunners about a man called Joe. They were good and nice, but Hello Games thought they could do better.

Well we'll show them! Let's all go play Joe Danger! Because there's no retribution like giving the company more money. 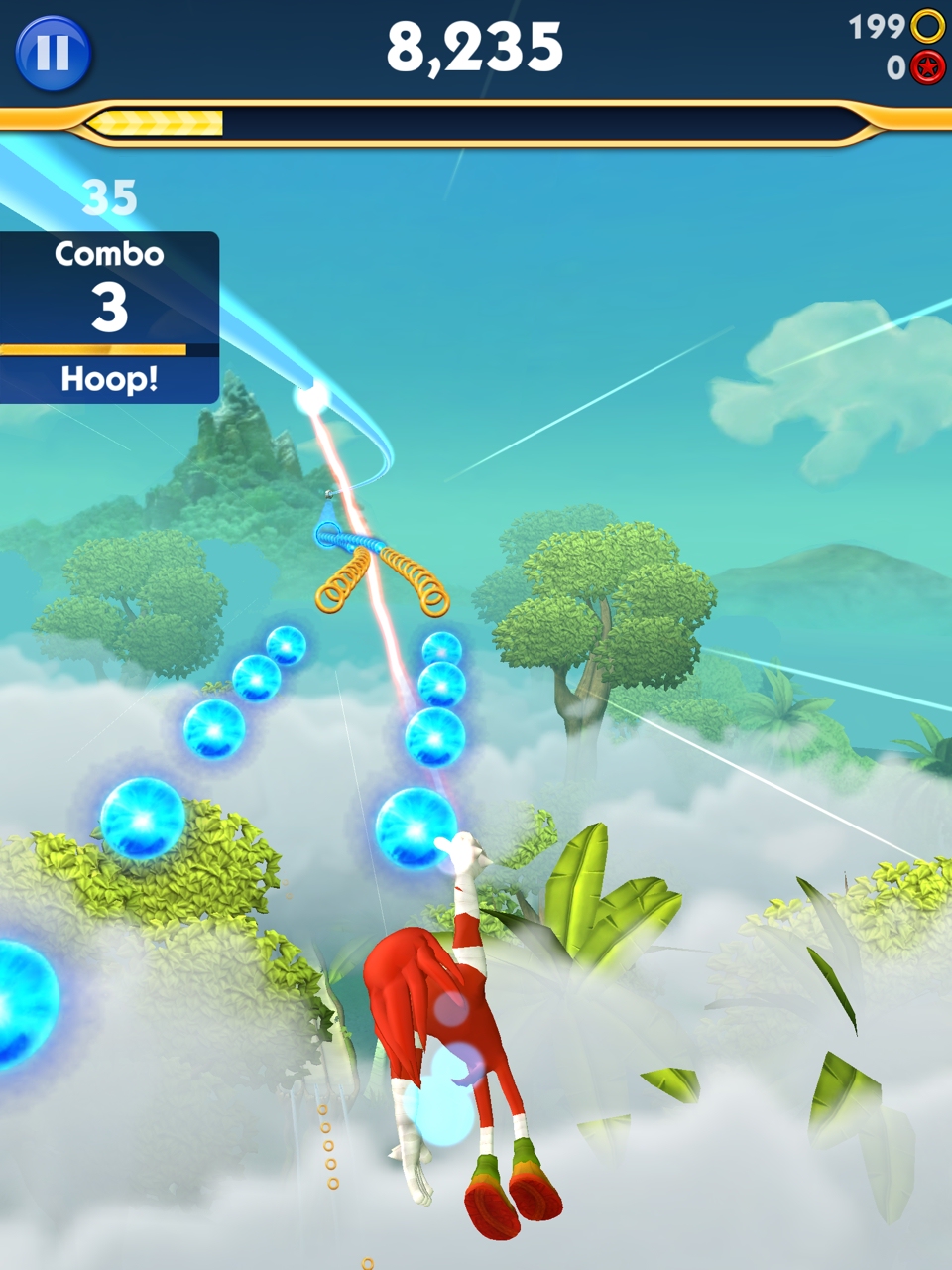 You might think all modern Sonic games are rubbish (and you'd be mostly right), but Sonic Dash 2 is actually good! Honest!

No, honestly, it's an enjoyable Sonic game that doesn't make you want to cry over a ruined childhood!

Try it and see for yourself!