New puzzle game Six! released by makers of 1010! and Merged!

The puzzle-game supremos, and fans of exclamation marks, at Gram Games have today launched Six!

In Six! you're faced with a tower of bricks with a hexagonal block perched on top. Tapping the blocks to remove them allows the hexagon to fall into the revealed spaces.

Your aim is to get it all the way down… without causing the tower to crumble away and the hexagon to fall off to either side.

It's a simple but challenging concept, like a sort of reverse Tetris, where you're removing shapes as quick as you can instead of stacking them.

1010! and Merged!, the two previous titles by Istanbul-based Gram Games, are similarly minimalist in style and format. 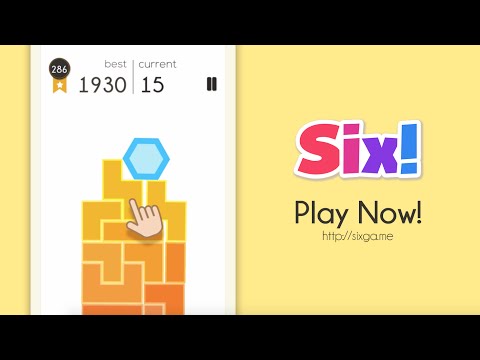 You can download Six! now from the App Store or visit the official Six! page. You can read more about Gram Games and Six! over at our sister site PG.biz.

Future Proof Games is bringing classic flash game, The Majesty of Colors, to mobile and desktop