You play as one of four technomages, (like a wizard, but with more glowsticks), who has to shoot the bejezus out of some bad dudes threatening to plunge New York City into hell.

It's got procedurally generated levels, filled with hundreds of enemies. And if one of these foes, these mad cultists and turrets and pit fighters, kills you, it's back to the start.

Luckily, you'll have some magical powers to help you survive. One lets you float, another lets you disintegrate foes with a nuclear touch. Each time you play, the skills will be shuffled. 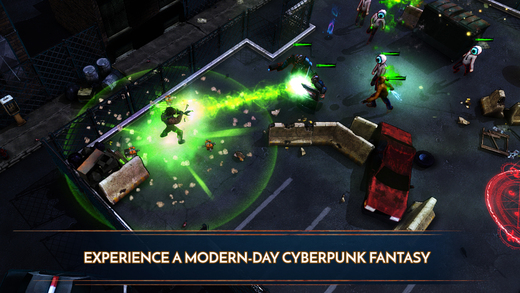 It looks fun and is getting positive impressions already. Plus, the Steam version has gone over very well with players. We'll have our own impressions soon.

If you want to play it you'll need an iPad 4, iPad mini 2, or iPhone 5s at the minimum.

Legend of the Skyfish review - A pretty Zelda-inspired adventure game