Did it reel them in?

Legend of the Skyfish is a quirky little adventure puzzler by Crescent Moon Games that just launched on iOS. You play as Little Red Hook (I see what they did there) who sets off on an adventure with her friend the Moonwhale to defeat the Skyfish. What now?

Little Red Hook uses her fishing rod as both a weapon and a grappling hook. With it, she can access out of reach areas and pull enemies, boxes, and various other items towards her.

For our complete thoughts, check out the PG review. Or, you can read on to learn what our community in the App Army thought of this interesting little puzzle adventure.

I'm liking this. It's fiddly for the first jump but you get used to it. It's a bit like Zelda, and the intro is very nice. So far so good.

This game is very good - I can tell that right away. I love the art style and controls - the fishing rod mechanic is cool and different. I've not had a chance to catch any fish yet though, just bash stuff and jump gaps. All very cool though. 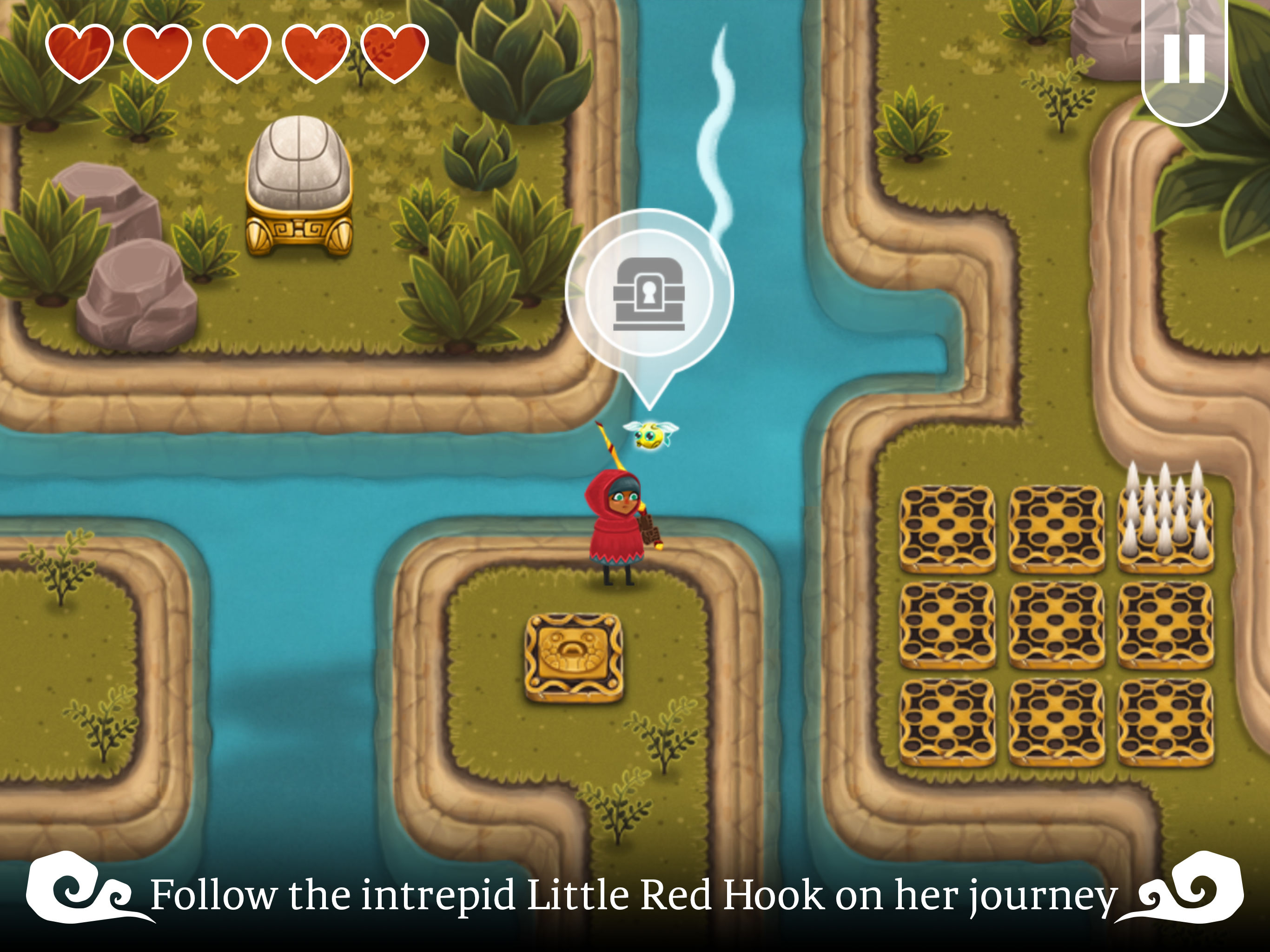 This really seems like a labor of love. Every single detail here makes the gameplay more enjoyable - even the loading screen has a cool sound.

I was concerned about the lack of virtual controls, but it works fine and allows you more freedom.

So far only played two levels so far but I'm enjoying it. The graphics are beautiful and different: never seen ones like it. The game play is fun and challenging and... I've got to go now as I need to play more, which is good thing!

Pretty engaging game took me a few minutes to get used to the controls. But a very entertaining and challenging game from the first few levels I have played. Graphics are very nice, not hard on the eyes, definitely a good time waster. Very nice job on this one. 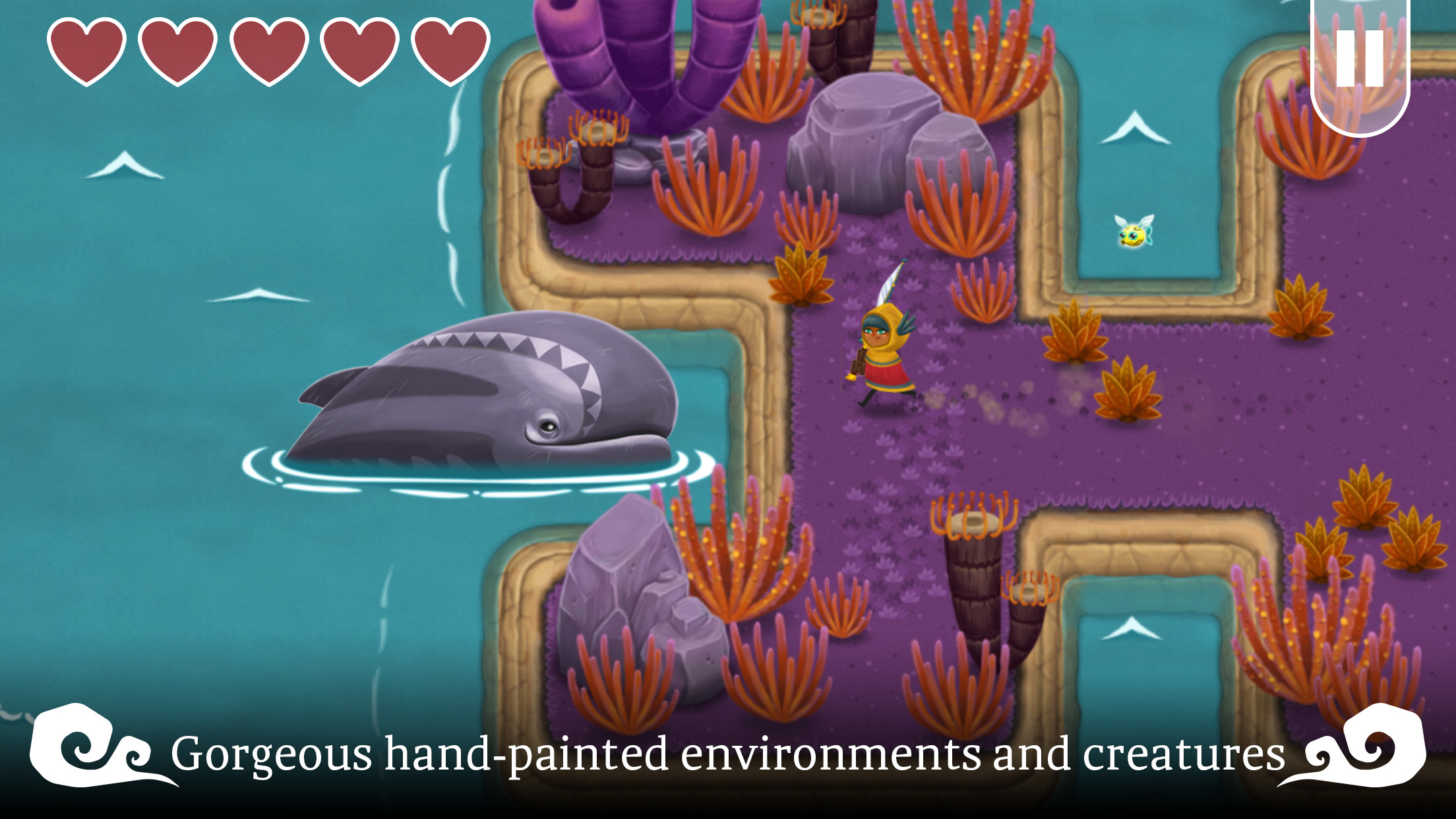 Buttery-smooth art design makes the game polish evident from the opening story sequence. Little touches like the way projectiles ruffle the grass, the cartoon ripples of the water. Good sound effects and a suitable call-to-adventure present in the score.

I agree with you Tom it took a few minutes to adapt to the controls and the Zelda vibe I get from the game had me attempting to cut down bushes for coins...and eye the scenery for chickens begging to be tormented.

Only a short way in and I can tell this game is very special indeed. A timewaster, sure, but one with depth and an original feel. The challenge is ramping up already but slowly enough to feel like I am learning the mechanics and not being buried with too much too soon.

About 10 levels in now and still having fun with the game. It is definitely not what I was expecting. This is no open world, Zelda type of game. It's more like a 'Hitman Go' type of game with short levels and definite objectives to achieve per level.

Once that level is done it is then back to the map to move on to the next one. Still hoping though that I will be able to do a spot of fishing at some point, make some use of that fishing rod other than hitting things. 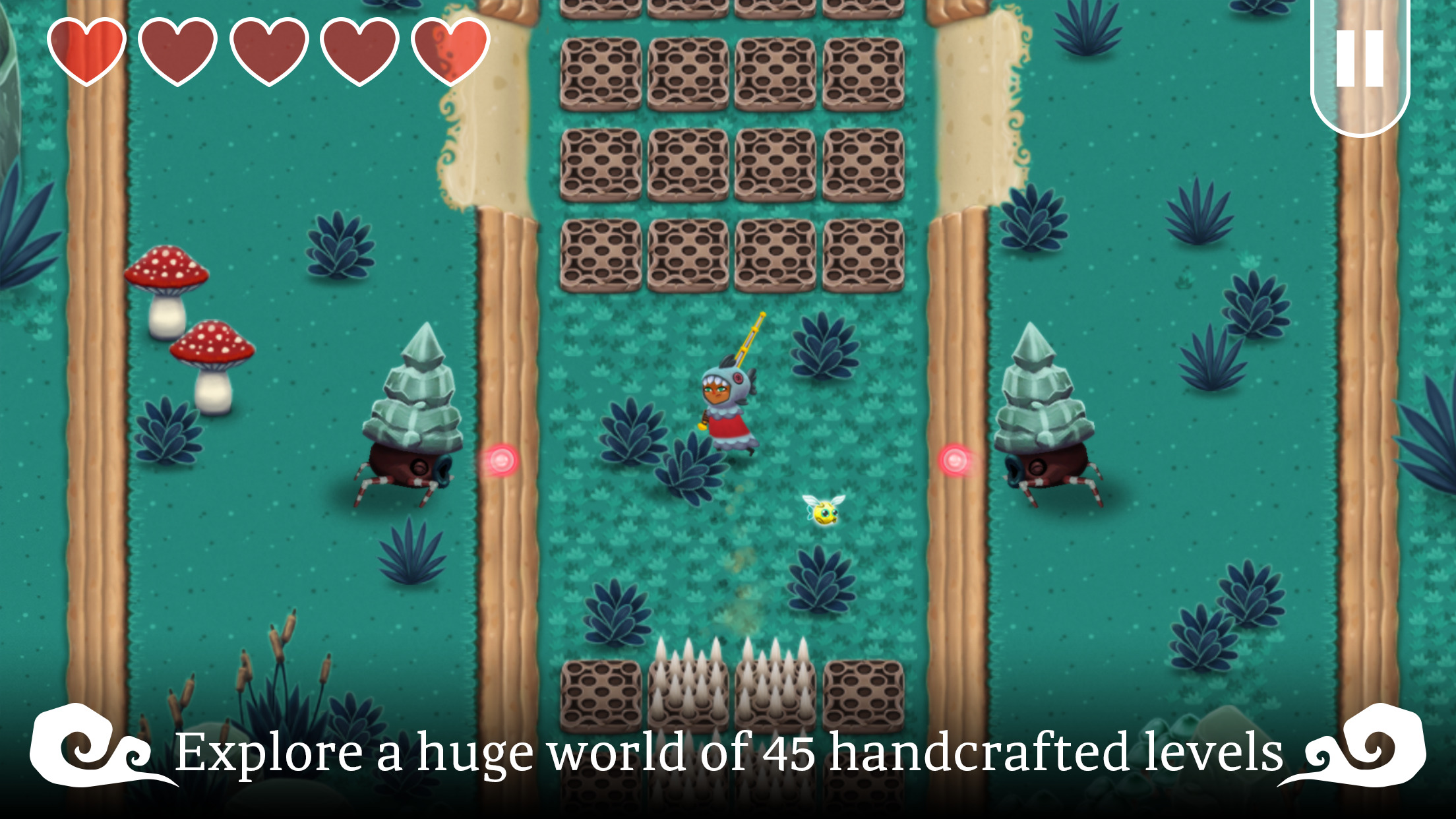 Yup. Clint, after going in a few hours your description fits the best. If a Zelda like game would have had a GO version this would be it.

Tony Teulan I prefer the actual GO titles though. They don't have this title's semi-clunkiness.

Ok so level 9 and this is starting to get a little repetitive. A few new monsters but the same scenery and the same playing style. It's not very hard as well. It's starting to dull my feelings on this game.

Want more? Check out our growing collection of Legend of the Skyfish articles!

Become a member of the Corleone family in The Godfather, coming soon to iOS and Android