No Man's Sky is out this week! Hooray!

Luckily, there are a few mobile games out there that might scratch your space exploration itch. To the article!

From the developer of Rocket League, ARC Squadron Redux is a bit like Star Fox but without the chatty animals.

While that might sound like Mario Kart but without the karts, ARC Squadron still has a lot going for it: sweet visuals, a deep combo system, and the rarest of things (*sarcasm klaxon*), an upgrade tree. Yay! 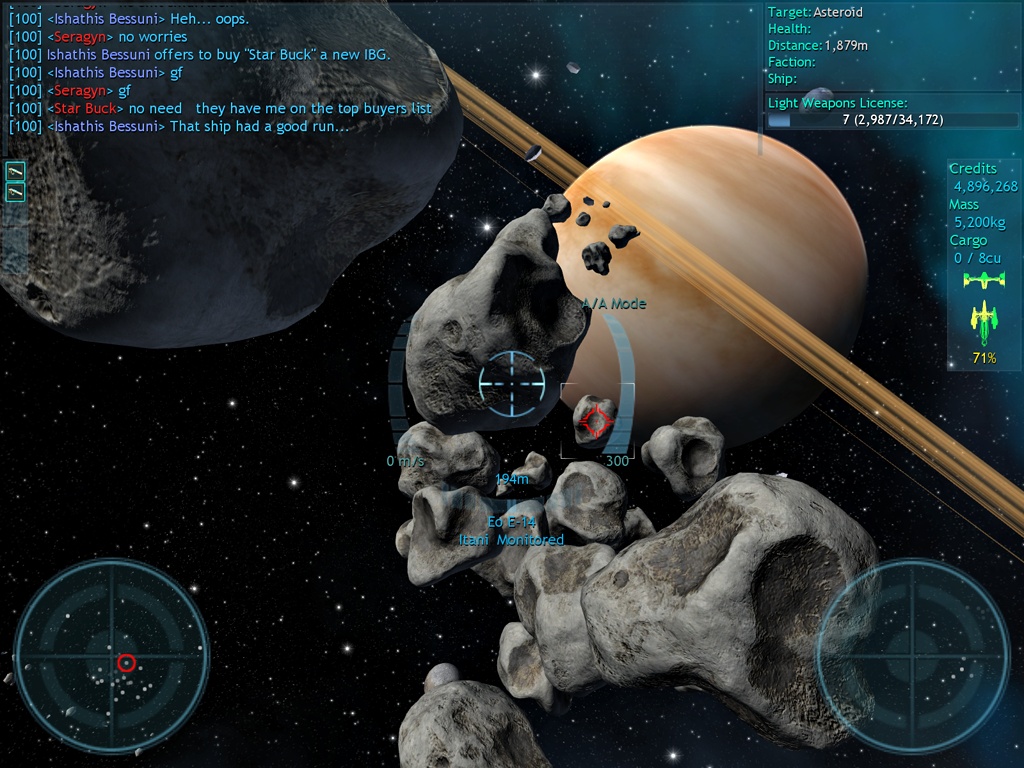 Vendetta Online is pretty serious business. And by serious, I mean it'll take you two hours just to complete the tutorial and pass your flying test.

It does, however, do a good job of cramming the whole space trading and space warfare and all round SPACE into a mobile game. It's tough, and far from perfect, but worth a look if you like your sci-fi how I like my bread: hard.

Listen. FTL is well good. It's tense, it's tactical, and it's the closest thing to a good Star Trek game this side of hyperspace.

(Full disclosure: I've not watched Star Trek, so I've no idea if hyperspace is a thing. Is it a thing? Either way, it sounds cool.) 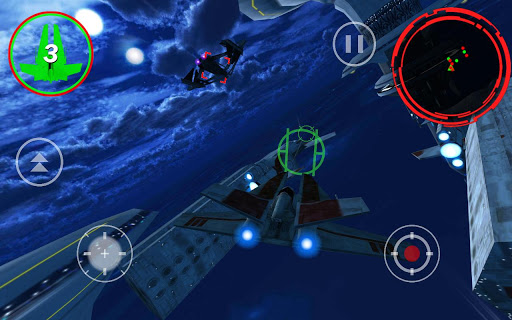 If No Man's Sky sold you on the idea of zipping around enemy planets while blasting enemy fighters, then Alpha Squadron might be your mug of hot Earl Grey.

This one is less about exploration and more about blasting the living crap out of every starfighter with the nerve to point their lasers in your general direction.

So you want to jump from planet to planet in your very own ship, run into weird alien life forms and then choose whether to make friends or let your blaster do the talking?

Seriously though, KOTOR is possibly the best Star Wars game on mobile. Go play it.

Out There is somewhat similar to FTL: you jump across a stark and cruel universe, waiting to run into a pirate, or run out of fuel, or lose all your oxygen, before dying a lonely, lonely death.

But wait, come back! While it may not be the most lighthearted game, it is still a lot of fun (if that's the right word), and its focus on resources, not crew management, makes it a worthy space adventure of its own.

In Beyond Space, you play a space mercenary engulfed in a plot about cosmic politics and galactic conflict.

Unlike The Phantom Menace though, this is actually good - and there's even some decent shooting in there to boot.

Back in the day (the day being 2010), Galaxy on Fire 2 was the yardstick for sci-fi games. The Pic-ard stick, if you will.

You can mine for exotic metals, customise your ship and, of course, pulverise space pirates with your space cannons. Phwoar.

While Star Command didn't quite achieve what its Kickstarter promised, its mixture of Trek-flavoured uniforms, little green men with guns, and upgradeable gear made it an enjoyable space-based diversion.

Want more? Check out our growing collection of FTL: Faster Than Light articles!

Subset Games confirms that it's working on a tablet version of FTL: Faster Than Light