Can I have one?

Legendary Pokemon in Pokemon GO are still just that – legendary; mythic; unobtainable. That is, until recently where a Trainer posted a hazy video of the legendary Articuno. The question is how much of it is real?

Articuno's Trainer, kaitcovey, and her husband both posted a video onto the Dayton Area Pokemon GO group showing off the rare catch. Seemingly Niantic themselves gifted her the legendary Pokemon as an apology for an undisclosed issue. But with 81 shares, 25 comments, multiple replies, and counting, it seems that the majority of people are calling 'fake' on the unlikely situation.

Though the Trainer is eager to reply to people calling it a fake, it's the refusal to screenshot the email from Niantic that's confirming people's suspicions. Yet the Reddit community are understandably confused as they've posted screenshots of the Articuno sitting atop the specified Gym.

Given that multiple people out there have admitted to hacking Pokemon to look like rare and legendary types, the argument grows thinner and thinner as the hours go by.

Despite the spiral of spite and sarcasm that bloomed from this argument, there have also been some pretty funny mock-ups of 'gifted' Pokemon for us to enjoy.

Hopefully the real release of legendary Pokemon won't be too far away for the rest of us. 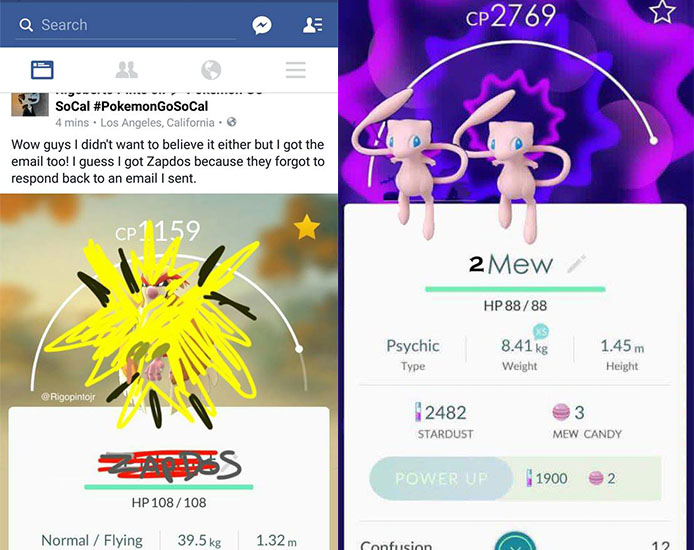