Grab it here on the App Store or on Google Play now and get racing.

The ever-popular Vector Unit recently released their newest title Riptide GP: Renegade on PlayStation 4 and PC. Judging by a series of tweets from the masters themselves, however, it seems like there are more platforms on the cards. 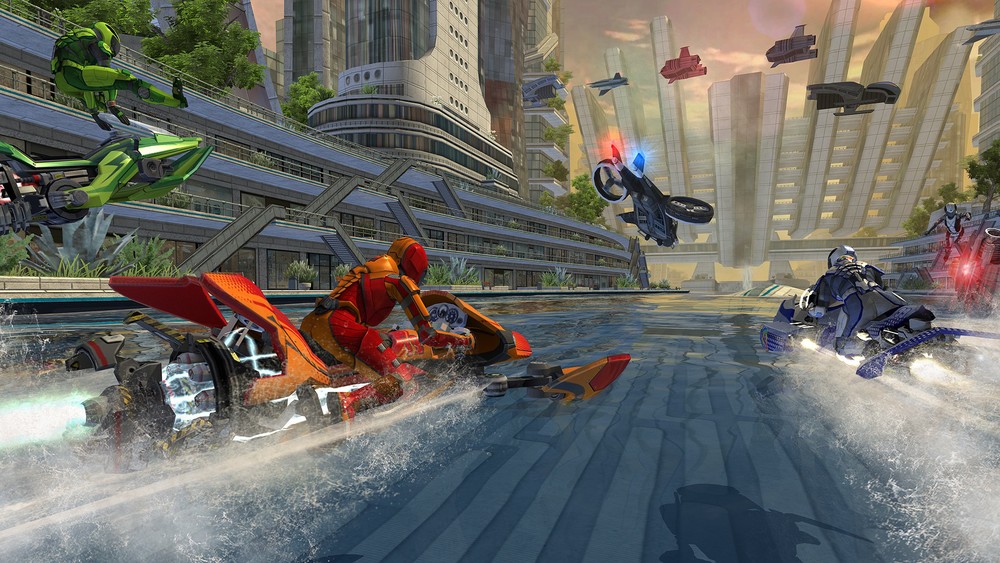 Riptide GP: Renegade isn't your average racing game. Thrown into a futuristic world of illegal hydro jet racing, you play as your choice of armoured riders as they perform dangerous stunts, boost at ridiculous speeds, and outrun cops.

At least for the PC and Console versions, Riptide GP: Renegade contains a career mode and both split-screen and online multiplayer. Here's where it gets interesting for us – according to Vector Unit's website and twitter the game will be coming to Android and iOS, as well as a multitude of other platforms.

@bloodbraid31 #RGPRenegade will be available for SHIELD tablet, and other Android devices, later in August. No exact date yet. — Vector Unit (@vectorunit) August 2, 2016


After an article on AppleTV Hacks went up last week, it stated the Apple TV release is supposed to be happening today, but we'll keep you posted on that.

Until then you can find out more on Vector Unit's website here.

The futuristic hydro-racer Riptide GP: Renegade is on sale at its lowest price yet!

RIPTIDE GP: RENEGADE is face-clawingly gorgeous and headed to mobile