Hopefully the worldwide release date will blaze ahead

Updated 26th August, 09:01 AM: We were informed last night that after almost month of pre-registering, Naruto Shippuden: Ultimate Ninja Blazing has currently soft launched in the US, Mexico, Canada, Germany, and Brazil.

If you're a resident of one of these countries, head over to the App Store or Google Play now to pick up the game.

If you live elsewhere and still want to play, never fear! Take a look at our guide on creating a US iTunes account and get to playing. 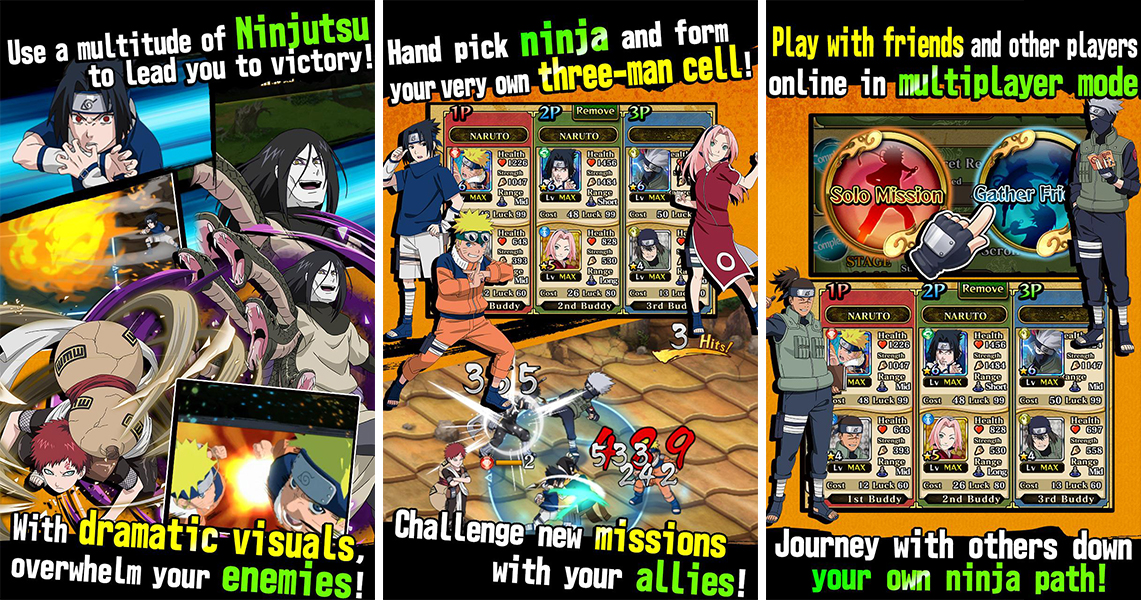 Bandai Namco has been a busy little bee this summer as it's finally announced that it'll be bringing the infamous Ultimate Ninja series to mobile for the first time. Their first title, Naruto Shippuden: Ultimate Ninja Blazing will be out sometime this summer on iOS and Android, but that's not all.

Naruto Shippuden: Ultimate Ninja Blazing allows you to complete missions through epic turn-based battles, using whichever character (and their abilities) you think will best stand up against your foes. The game's story mode is faithful to the original anime series and gives you the option of playing solo or in multiplayer.

What's more exciting is that while you wait Naruto Shippuden: Ultimate Ninja Blazing's pre-registration has officially opened. You can find out more details on their page here.

As more and more of you register, and after a certain milestone has been reached, gifts such as five Ninja Pearls will become available for you after the game releases.

Keep an eye on this page and we'll update you when new information becomes available. Until then, check out their Facebook page.

New puzzle game Six! released by makers of 1010! and Merged!